This manuscript of the Commedia by Dante Alighieri is one of the oldest and most unique of its kind and contains an abridged version of the text that is not found anywhere else, making it a true unicum. Judging by the artistic style of its 97 miniatures, it is believed to have originated in Northern Italy during the 1340’s. It later came to Hungary before being taken to Constantinople, but the details of this turbulent period are unknown. What is known is that the precious and unique manuscript was returned to Hungary in 1877 as part of a gift from the Turkish sultan. Long neglected by researchers, the manuscript is now a source of debate among art historians and literary scholars who are trying to decipher what happened during the 500-year period from which no clear records have thus far been discovered.

This splendid manuscript of the Divine Comedy by Dante Alighieri (ca. 1265-1321) is not only one of the oldest but is also totally unique. The codex was probably created in the Veneto during the 1340’s, possibly for the Emo family, judging by a red shield with diagonal silver strips, making it one of the oldest Dante manuscripts. It contains an early, abridged version of Dante’s Commedia written in a Northern Italian dialect that is unique among the surviving specimens of the famous work as well as extracts from Liber de Amore by Albertano da Brescia (ca. 1195 – ca. 1251), an author of Latin social treatises and sermons. Although beautifully illuminated with 94 gorgeous, colorful miniatures, numerous initials, and drawings in the margins, neither the artists nor the location of their workshop has been clearly identified, but a Venetian master trained in Bologna seems the most likely candidate.

Among the splendid illumination of the manuscript, two unusually large miniatures are dedicated to the depiction of Lucifer. They both express the power and greatness of the fallen angel: he is huge, hairy, has giant wings like a bat, and three dragons heads consuming sinners, but two of the three faces in both miniatures were rubbed off, presumably by a pious reader who was offended by the demonic depiction. The beholder can nevertheless make out that a single great crown covers all three heads. However, this Lucifer lacks many of the common features of other depictions: there is no horns, no forked tail, no clawed hands and feel. As such, the miniatures, although marred, are unique and fascinating.

The manuscript later left Italy, possibly in 1379 as part of a ransom or simply looted during the war between Genoa and Venice, a conflict in which King Louis I of Hungary (1326-82) was involved on the side of the Genoese. It could also have been a gift by Giovanni Emo, who visited the Kingdom of Hungary several times as a Venetian ambassador, but its incomplete adornment makes this seems unlikely. Nevertheless, at some point the manuscript and made its way to Hungary where it presumably was a part of the famous Bibliotheca Corviniana, which was destroyed along with most of its collection in 1526 by the Turks after the disastrous Battle of Mohács. Only a few hundred manuscripts out of more than 3,000 were saved and taken back to Constantinople, but this unique Dante manuscript appears to have been among them. 350 years later, it was later gifted along with 34 other manuscripts in 1877 by the Turkish Sultan Abdülhamid II (1842-1918) to the Kingdom of Hungary, where it was inducted into the collections of the University Library in Budapest under the shelf mark Codex Italicus 1. 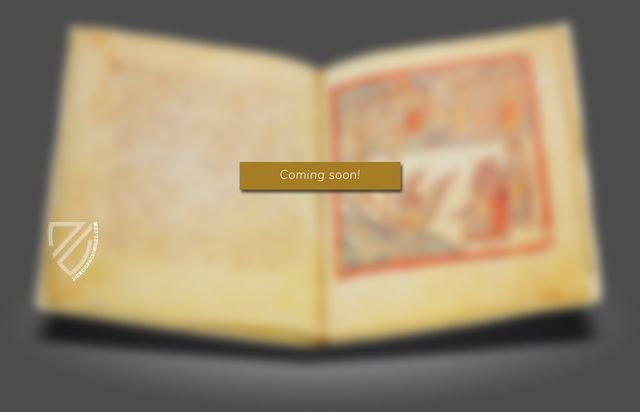 Szegedi Tudomànyegyetem – Szeged, 2006
Publisher: Szegedi Tudomànyegyetem – Szeged, 2006
Limited Edition: 1200 copies
Binding: Comes with a sclipcase
Commentary: 1 volume by Gian Paolo Marchi and József Pál
Languages: Italian, Hungarian
1 volume: This facsimile is not complete. Reproduction of the entire original document as detailed as possible (scope, format, colors). The binding does not correspond to the original or current document binding.
Price Category: € (under 1,000€)
Edition available
Price: Log in here!
Order / Ask a Question
You might also be interested in: 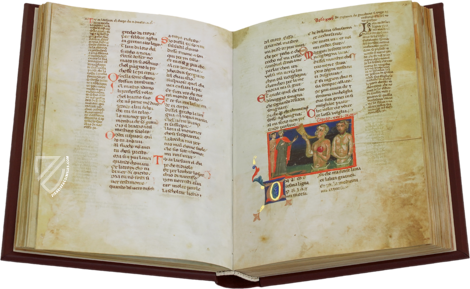 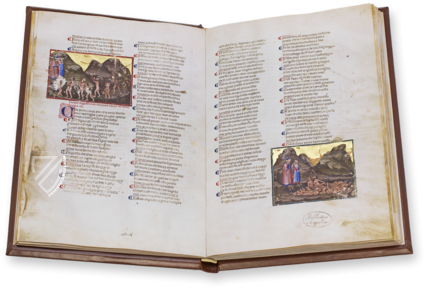