The Pleasures of Women is a codex that was made by the Persian author Pandit Kokkoka in the 18th century. It is a guidebook, which is oriented on traditional Indian textbooks on the art of love. The work is decorated with 51 lovely miniatures.

The Indian tradition of textbooks about the art of love yielded some masterly manuscripts, of which the Kama Sutra is probably the most famous and widely reproduced edition. The Pleasures of Women is a codex from the Persian scribe Pandit Kokkoka, who oriented himself on the teachings of the Indian school. The manuscript is illustrated with 51 colorful miniatures.

The Indian Art of Love

Numerous guides about the art of love were created in ancient and medieval India. These were mostly concerned with various problems that could occur during lovemaking. Pandit Kokkoka’s work divided the female sex into four different groups. He described at what days and times each type of woman is most likely to become romantically inclined. Additionally he dedicates himself to the description of various aphrodisiacs and herbal remedies that should strengthen virility.

What is special about the Kokkokas codex is that the author cited on each page all sources that he had used for his work. Among them are some texts that had already been composed in the time period from 200 to 300 years after Christ and no transcript of which exists today. With his work, Kokkoka founded a completely new genre of love treatise. His manuscripts were translated into numerous languages. The naïve, playful miniatures in pastel colors, which mostly show people making love, make the manuscript particularly appealing. 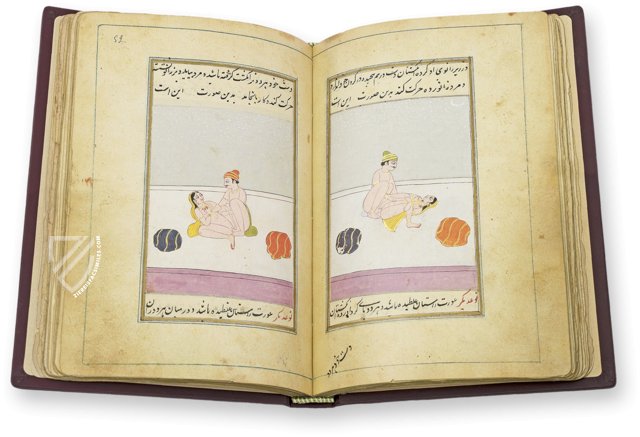 Who needs a bed? Obviously not these two! Although there are cushy pillows lying around them, these two lovers do not need them and instead have standing sex. The woman displays her exceptional flexibility by pulling her right leg completely behind her head and looks back at her partner as if asking “are you impressed?” In contrast to the modern stereotype that some people leave their socks on during sex, these lovers are both completely naked save for their jewelry and headgear. 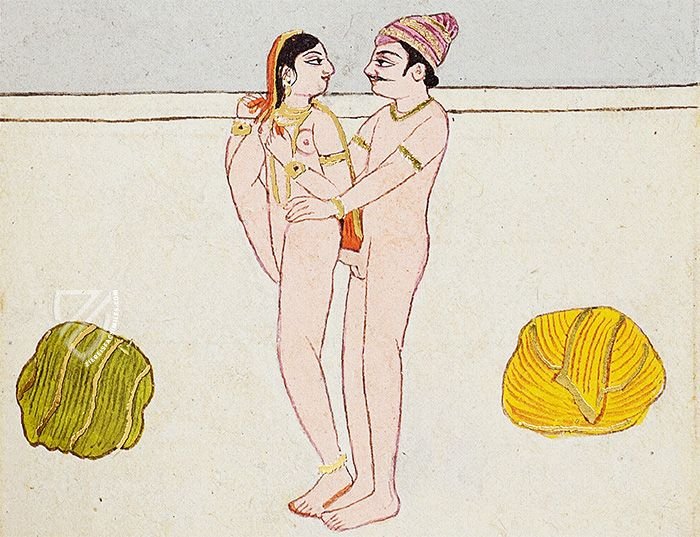 The preface on fol. 1v of the manuscript assumes the design of a carpet page, a common feature of Islamic illumination, with a red, blue, and gold design that closely resembles a Persian rug. It first gives thanks to God and asks for blessings upon his messenger Mohammad, his family, and all his followers in standard fashion.

The preface goes on to state that it was created for King Rajah Nabutaj “whose good name, courage, generosity, and greatness was known all over the world”. It claims his harem consisted of 1,700 women, all the daughters of kings “who had been sent from all climes in recognition of his fame”. The King spent day and night in seclusion with his harem and entrusted the management of the kingdom to his 400 wise viziers. 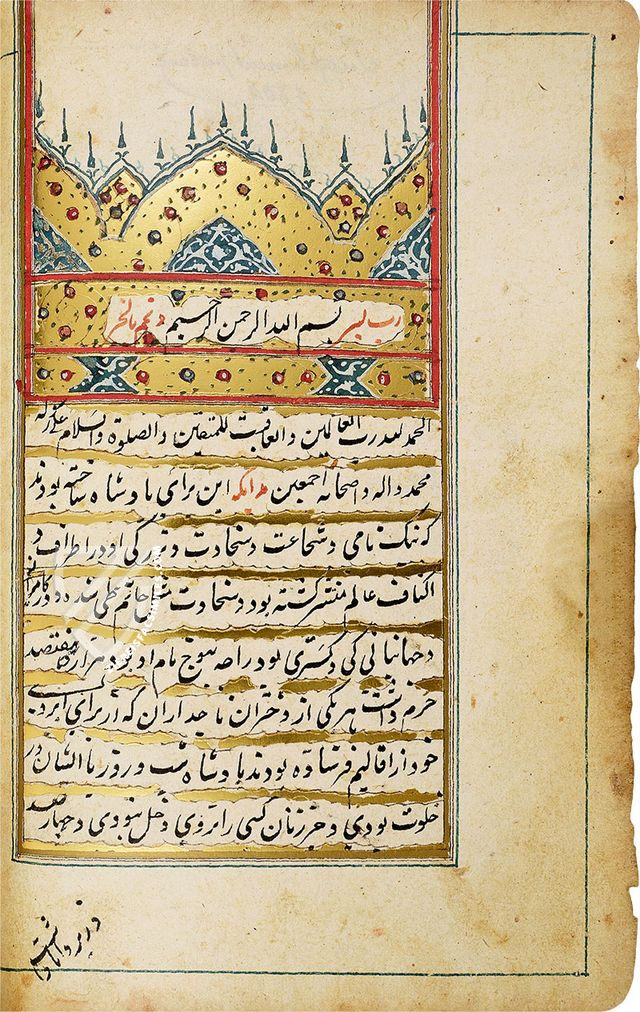 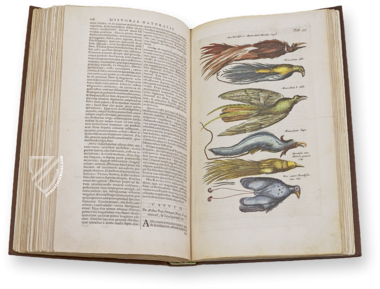