The most beautiful treatise on the science of Alchemy that was ever written is adorned with 22 large and colorful miniatures: this fine specimen of the Splendor Solis arose ca. 1440 in Germany and was illuminated by the Renaissance alchemist Ulrich von Poysel, better known as Salomon Trismosin. Allegorical miniatures show mysterious images in glass bulbs surrounded by scenes from life in late medieval Germany and include images of pagan gods and goddesses. These wonderful scenes are brought to life by a bright color palette and generously applied gold leaf while the refinement of their execution distinguishes this specimen from other similar manuscripts. This highly coveted masterpiece of the Northern Renaissance passed through many hands throughout its existence, a further testament to the sophistication of its artistry and the alluring nature of its enigmatic text. Despite this eventful ownership history, the manuscript survives in remarkably excellent condition today.

Alchemy was a medieval science that preceded modern chemistry and pharmacology. Among the aims of the alchemists was the production of gold, silver, and other precious metals. The legendary “Philosopher’s Stone” is supposed to have served that purpose. The Splendor Solis codex is the most beautiful illuminated manuscript that was written about the science of alchemy. The manuscript, which discusses the fundamental questions of the themes of religion, astrology, and alchemistic symbolism, is adorned with 22 splendid full-page illustrations.

The incorporable treatise was probably written by Ulrich von Poysel, who worked under the pseudonym Salomon Trismosin. Poysel was a teacher of the famous humanist scholar Paracelsus. In the Splendor Solis, Poysel explains in cryptic poetry the natural elements, their combinations, their mixtures, their abilities, and their influence on the life of his contemporaries. The mystic gained his comprehensive knowledge from the magical works of the Kabbala, among other others, as he said himself.

A particularly conspicuous characteristic of the codex is its 22 astonishing, large-format miniatures. The pictures, which are framed by various motifs of animals or flowers, are small allegorical masterpieces, which cannot be deciphered at first glance. One miniature of the work already enjoyed special fame in the Middle Ages. The depiction of the glass bulbs, which were employed in the alchemistic work processes, still evokes astonishment and wonder from its beholders today. Within each glass bulb mysterious, fantastical marvels were depicted and the bulbs are embedded in paintings of rural life in late medieval Germany. Floating above the scene is an all-dominating pagan deity that appears to influence the events within the glass bulbs. The fantastical miniatures are a reason why the codex also amazes readers unfamiliar with the subject.

The History of the Work

John Evelyn, painter at the English court of King Charles II, was one of the first people who wrote about the exceptional treatise. He saw the codex in September of 1680 in the library of Whitehall Palace, as his records reveal. He relates on the subject that it contained “the processes for the greatest elixir of the philosophers” and is embellished with inconceivably beautiful illustrations. Later, the masterpiece came into the possession of the German theologian Johann Cyprianus and was eventually acquired by the influential aristocratic Harley family. The Harley’s were known as patrons of the arts and lovers of books. Today the splendid treatise is one of the greatest treasures of the British Library in London. 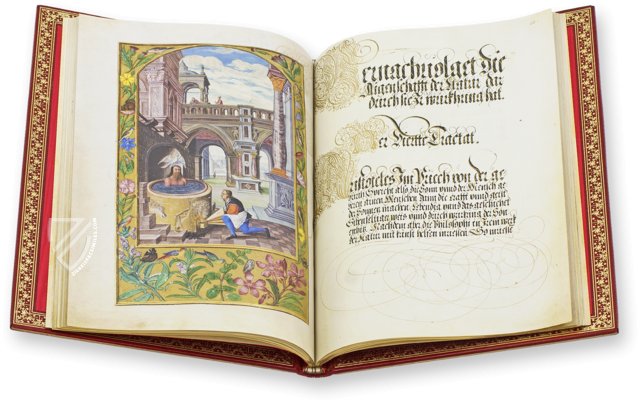 Like most alchemical manuscripts, this German Renaissance work is filled with allegorical imagery in order to guard alchemy’s secrets from the uninitiated. An attendant fans the flames of a large brick bath wherein a bearded man is seated with a white dove on his head symbolizing the cleansing of the soul. The scene is a metaphor for the albedo, a stage of purification for both substances and for the purification of one’s soul to restore it to its original state of purity and receptivity. 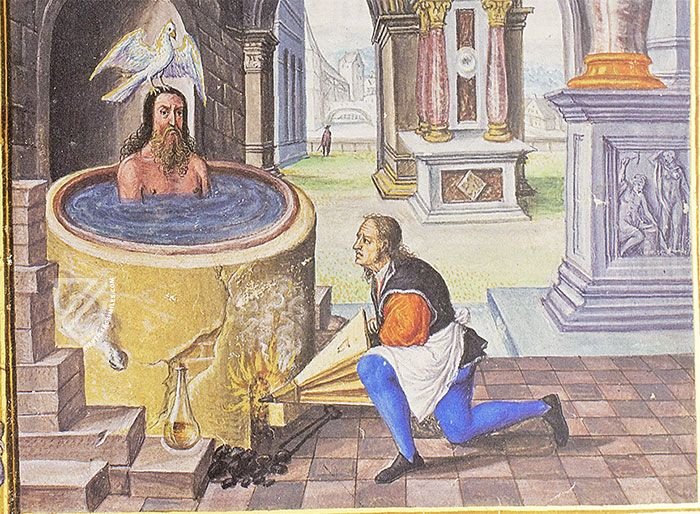 Venus is associated with the pleasures of life, all that is joyous and beautiful, and is pictured being driven by a pair of doves and symbolized by a winged heart pierced by an arrow. She reigns over a scene of merriment: horseback rides, dancing, lovers embracing one another, the playing of music, the recitation of poetry, and the drinking of wine.

The peacock was one of the most important symbols of medieval Europe, and depending on the context could represent either vain pride or noble grace. Furthermore, its meat was believed to be an aphrodisiac that increased male potency. For alchemists, its plumage that seems to change color depending upon the light was yet another symbol of the transmutation that lay at the heart of their esoteric art. 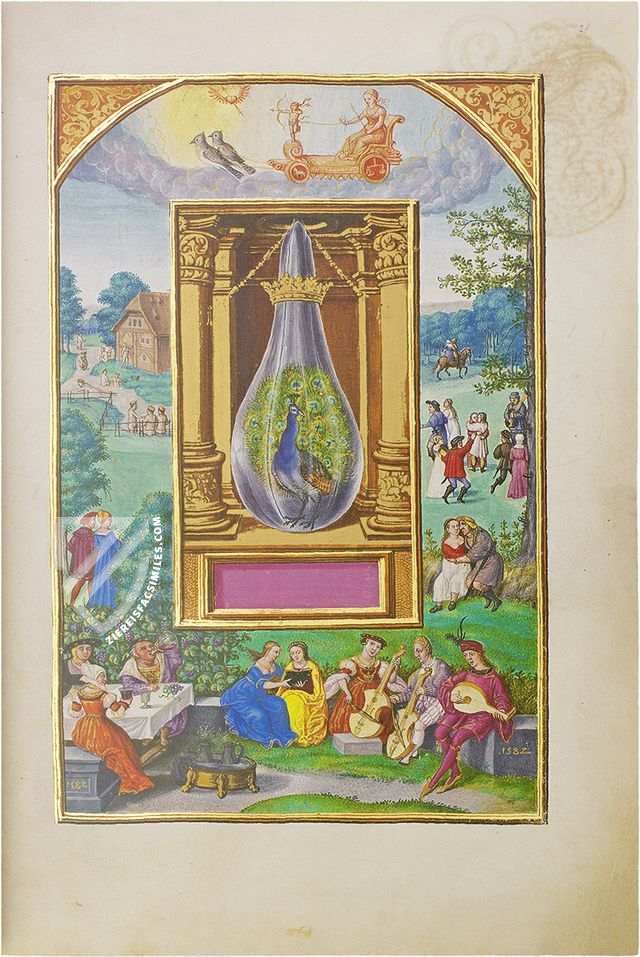 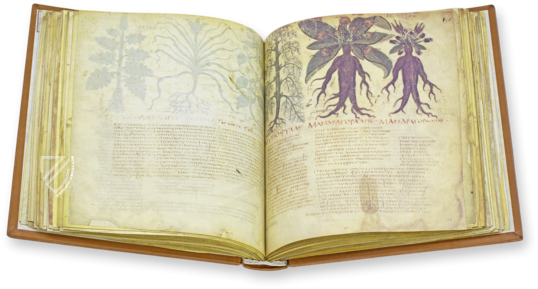 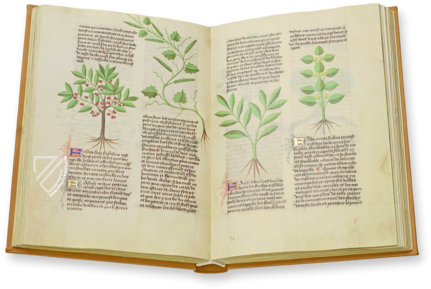