The Ambrosian Virgil of Francesco Petrarca

The Ambrosian Virgil of Francesco Petrarca

Aside from being a prolific author, Petrarch was also a bibliophile who amassed one of the finest private libraries of his day, which included many works from classical antiquity. The most famous manuscript in his library was the so-called Ambrosian Virgil, which contains the most important works by the famous Roman author as well as works by Publius Papinius Statius, Horace, and various grammatical works. Petrarch commissioned the work for his own use, and it was made in Avignon ca. 1300–25. However, the manuscript was soon stolen and Petrarch could not recover it until 1338. The manuscript is also famous for its allegorical frontispiece representing the Aeneid, Georgics, and Eclogues, which was created by his friend Simone Martini ca. 1340. 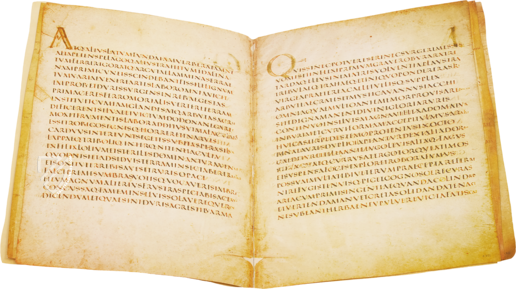 A copy of the Canzoniere for an unknown noblewoman: Petrach's love for Laura and mourning of her death with touching marginal illustrations