The Velislai biblia picta, also known as the Velislaus Bible or Velislav's Bible, is a richly illuminated manuscript originating between 1325 and 1349 in Prague. It is a picture Bible, the text of which is limited to titles or brief descriptions of the 747 miniatures on 188 folios illustrating the events of the Old and New Testaments. Most of these images are drawn only in ink, but some have been colored. The codex was created by a team of artists working at the behest of Velislav the Canon, who served as a notary and court scribe for King John I of Bohemia and his son Holy Roman Emperor Charles IV, both of whom established their courts in Prague.

The Velislai Biblia Picta is a masterfully designed picture Bible created at the beginning of a golden age of illumination in Prague. It is named after its patron, Velislav the Canon (ca. 1300–67), who is depicted kneeling before a statue of Saint Catherine of Alexandria. Although it does not assume the typical form a Biblia pauperum being more sophisticated and having more images, the manuscript is generally considered as such. Some art historians have referred to it as a “medieval comic book” because of its image-forward design with captions and occasionally names of characters.
Its contents comprise the books of Genesis, Exodus, Daniel, Judges, Judith, and the Book of Revelations as well as various cycles concerning Christ, the Antichrist, and the lives of St. Wenceslas and St. Ludmila of Bohemia. The fact that most of the manuscript remained uncolored allows us to observe the fine pen strokes from the skillful hands of the master illuminators who drew them. Their sophisticated design of the miniatures already exhibits some of the characteristics of the nascent International Gothic style, especially the elegance of the figures and more realistic depiction of animals.

The Roots of Czech Nationality and Culture

The reigns of King John I of Bohemia (1296–1346) and especially that of his son Holy Roman Emperor Charles IV (1316–78) were important for Czech political and cultural history and represent a period of prosperity as Prague became the imperial capital. The reign of Charles IV marks the first flowering of book art in Prague as illuminators from across Europe were attracted by the Emperor’s reputation as a patron of the arts who funded the construction of the iconic Charles University, Charles Bridge, Charles Square, Prague Castle, and St. Vitus Cathedral. Prague became one of the places where the International Gothic or Soft Style, which blended aspects of various national artistic styles to create a style of courtly sophistication, first emerged. Thus, Charles IV is not only the Pater Patriae of the modern Czech Republic, but a significant figure of art history as well. 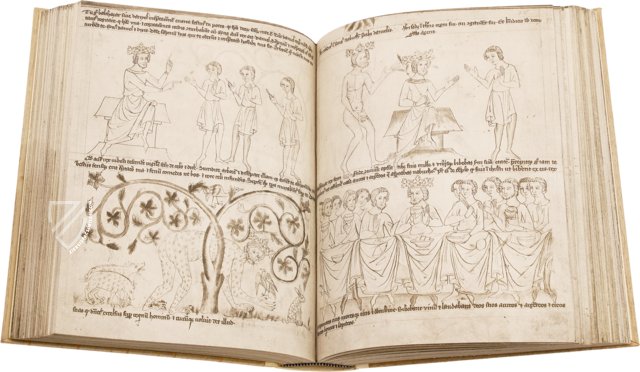 At the sound of the Fifth Trumpet, an angel is given a key to open the bottomless pit, out with which emerges smoke and locusts resembling warhorses armored for war. Their crowned heads have the faces of men and the long hair of women, they have teeth like lions, tails like scorpions, and their wings thunder like charging chariots and horses. Commanded by the angel Abbadon, depicted holding a sword and book, they torment all who do not have the seal of God on their foreheads for five months. 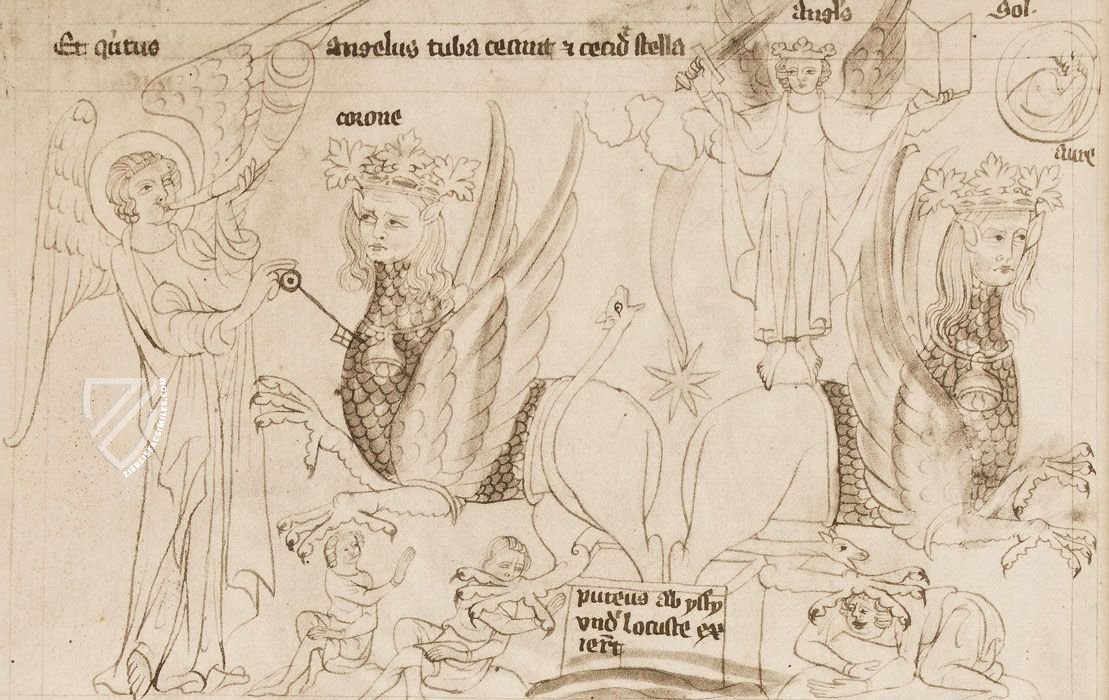 Then he dreamed, and behold, a ladder was set up on the earth, and its top reached to heaven; and there the angels of God were ascending and descending on it. And behold, the Lord stood above it and said: “I am the Lord God of Abraham your father and the God of Isaac; the land on which you lie I will give to you and your descendants.” (Gen. 28: 12–13)

The dream of Jacob’s Ladder is highly debated among theologians, but it is generally agreed that is represents both the obligations and inheritance of God’s chosen people as well as the perpetual intercourse between heaven and earth, which in the Christian context is symbolized by Jesus Christ, who is depicted sitting on top of the ladder with a banderole connecting him to the sleeping Jacob. 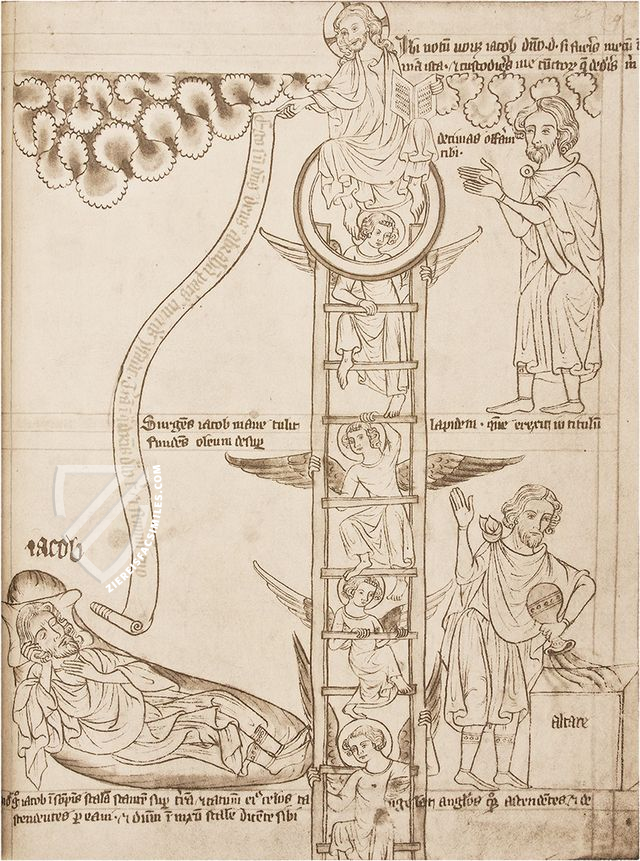 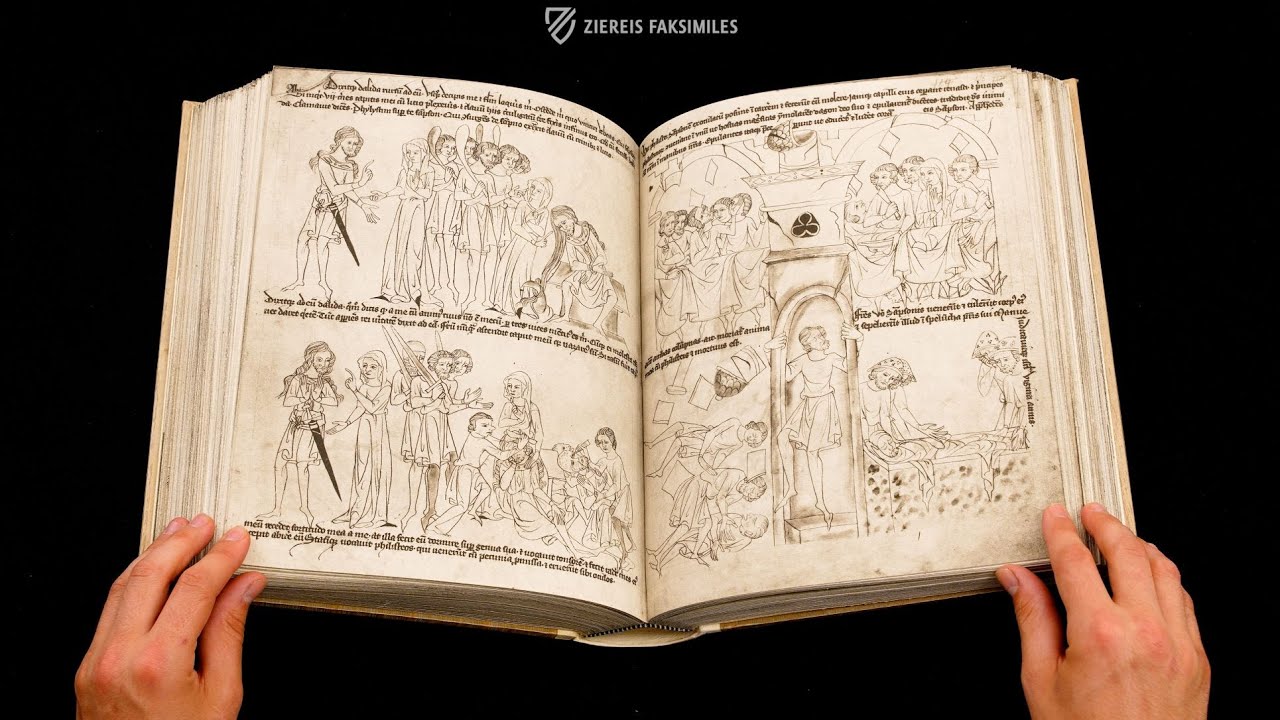