Myths and legends were popular forms of medieval literature, reconciling Christian and pagan traditions and consisting of various creation myths, origin myths, and folklore. Some were rooted in pagan traditions from Greek and Roman antiquity, like the Trojan War or the Bible, while others evolved from stories either true or untrue that are rooted in the Early Middle Ages and focused on figures like King Arthur and Charlemagne.

Like modern fiction, myths were the lies that medieval Europeans told one another to discover the greater truths of life, or to simply explain social customs, institutions, and taboos. Legends, on the other hands, were exaggerated retellings of people who may have existed but about whom few facts exist – such as Siegfried or Agamemnon – rather than purely fanciful stories about the gods.

Although illuminated manuscripts depicting various myths and legends were created throughout the Middle Ages, renewed interest in ancient works during the Late Middle Ages and the rise of Renaissance Humanism (when princely houses wanted to prove their descent from Trojan heroes) resulted in the formal study of mythology in the West for the first time since Late Antiquity. 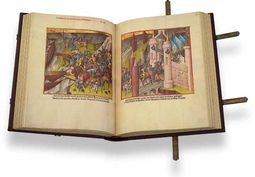 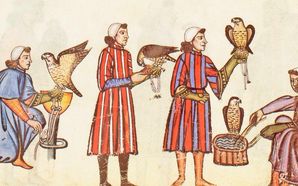 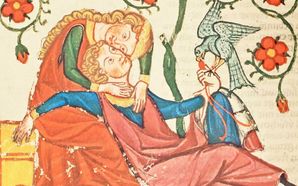