What Is a Facsimile?

The term facsimile comes from Latin: "fac simil" meaning "do it similarly". A facsimile of a medieval manuscript is therefore a replica of the same. The better this replica is, i.e. the closer it comes to the centuries-old and often unique original, the better the facsimile.

A simple black and white copy of a medieval manuscript is a facsimile in itself, but not a particularly good one. The goal must always be to reproduce the original manuscript as well and as accurately as possible. With a good facsimile, you actually have the feeling that you have the original in front of you.

You can read how this works and what effort is involved in our article "The Production of a Facsimile". Then you will quickly understand why the price for a facsimile edition limited to a few hundred copies starts at several hundred euros and can reach many thousands.

Many people are fascinated by the history, art, and crafts of the Middle Ages. Nowhere else can you find these aspects combined in such concentration as in a medieval manuscript.

Chronicles and maps tell of great battles, extraordinary discoveries, and everyday life. Prayer books and books of hours testify to the piety and faith of medieval society, and splendid Gospel Books often testify to the power politics of popes, kings, and emperors.

So if you leaf through a medieval codex, you will be transported back to a fascinatingly complex past. This ranges – as far as book art is concerned – from AD 500 to 1500. Initially, until about the mid-13th century, these books were almost exclusively written in the scriptoria (“place for writing”) of the monasteries. It was the monks who, often with years of work, copied or recreated old scriptures, chronicles, or textbooks with great effort and using the most valuable materials. With the foundation of the first libraries in Bologna (in 1088), Paris (early-13th century), or Seville (ca. 1270), the need for books increased by leaps and bounds and the monastic monopoly on book production was gradually lost. More and more "private" studios now supplied prayer books and similar works to the scholars, princes, and wealthy bourgeoisie.

The first artists achieved such fame that soon they became household names. At the beginning of book production in the early Middle Ages, the monasteries still focused on the written word, often the word of God, so gifted miniaturists (book painters) soon replaced scribes in their preeminent position. Today, it is these works of art that inspire the fascination with medieval book art: bright colors and glimmering gold, bizarre fantasy creatures and "photographs" of medieval cities, huge works in honor of God, concerning medicinal plants and astronomy, and tiny books for private prayer or as a gift for a loved one – all this is medieval book art.

These works, which are kept in museums and libraries today, are absolutely unique and often created only for the eyes of the client and made only once. Everyone who observes the fascination with book art has to be in awe and admiration for these, some of humanity’s greatest art treasures.

The production of facsimile editions is a time-consuming and cost-intensive undertaking that can only be successful if experts with a lot of experience in the various areas work well together. Over the decades, a small number of publishers specializing in facsimiles have established themselves in Europe. Here are a few examples of publishers with the longest history and the most extensive portfolio: ArtCodex and IMAGO from Italy; PIAF, Moleiro, and Siloé from Spain; Quaternio Verlag Luzern from Switzerland; Faksimile Verlag from Germany, the Folio Society in England, or Orbis Pictus from Poland. In addition to these special publishers, there are also publishing houses that publish facsimiles in addition to their regular publishing program, such as Belser-Verlag from Germany or Giunti Editore from Italy.

How Are Facsimiles Produced?

Selection, paper, printing, finishing and binding - producing a facsimile is a difficult and time-consuming process. We have dedicated a separate and detailed blog post to this, which you can access here.

Who Acquires and Collects Facsimile Issues?

Aside from someone looking for an exclusive gift (be it for a pastor or pastor, a wedding, or even a state visit), there are essentially three groups of facsimile buyers:

The private collector is the first to be mentioned here. Our image of the Middle Ages is shaped by historic novels such as The Name of the Rose by Umberto Eco, the stories of Emperor Charlemagne or Joan of Arc, films, and exhibitions. Unfortunately, very few are granted the privilege of seeing or even leafing through a valuable and centuries-old, often severely deteriorated, and unique original manuscript.

It is not uncommon for a visit to an exhibition or museum (unfortunately, these works are only very rarely made available to the public) to awake a desire to look at the back sides of the pages you have seen, indeed the entire codex. You can marvel at the gorgeous miniatures under thick (bulletproof) glass, but you simply cannot take such a magnificent codex in your hand and leaf through it, especially not at home, at leisure, and whenever you want.

The second large group of facsimile buyers is recruited from the academic world. It is often not possible even for established medievalists to work with the original manuscript themselves for their research. The digital copies that are now available are often not sufficient to answer their questions, and they often do not have the opportunity to travel to the Uffizi Gallery in Florence, the Morgan Library in New York, or the Hermitage in St. Petersburg every time to leaf through the manuscript (if you get permission at all).

Finally, the third large group of facsimile subscribers is closely associated with these professional buyers: universities and libraries. Many state and private libraries have set themselves the goal of providing their "customers" with the largest possible selection of medieval works. In the case of university libraries, there is also the fact that the students, who in the United States have to pay tens of thousands of dollars as tuition fees to the universities, rightfully expect that the best possible "material" will be made available to them.

Although American oil and bank tycoons such as Rockefeller, J.P. Morgan, or J. Paul Getty have been able to bring some beautiful works of medieval European illumination to the States. However, the number of works is negligible in comparison to the holdings of the British Library in London, the Bibliothèque nationale in Paris, or the Bavarian State Library in Munich. So, in order to be able to show a student the art of English Gothic or Italian Renaissance, the institutes, which are often worth billions, are dependent on facsimile editions and are happy to have them at their disposal.

What Should I Be Aware of When Buying a Facsimile?

To answer this important question, we have created a guide especially for you. You can access this guide here.

The Authors
Christian Ziereis
This Should Also Interest You 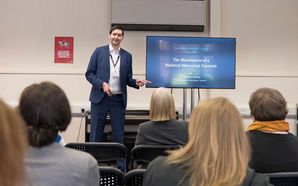 Our years of experience with publishers and countless facsimile editions has given us a wealth of wisdom... 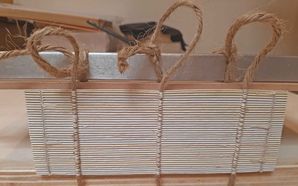 On the Production of a Facsimile

Curious about how facsimiles are made? The production of a facsimile is a complicated, tedious, and... 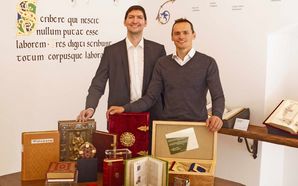 You Should Know These 15 Things

New or second hand? Subscription or prepayment? What is a complete facsimile and what kinds of paper,...