This is Part 9 of our Centuries series. In it, we will review the 13th century, the peak of the High Middle Ages, a time of great personalities, innovations, and change.

We begin with an overview of the innovations of the period and look at some of the most important personalities in the Catholic Church, then move on to the events of the Fourth Crusade, before returning to the declining Angevin Empire and the aftermath of the death of the great warrior-king Richard the Lionheart, including the famous Magna Carta.

We then head south to Spain and Sicily, checking in on the progress of the Reconquista and examining one of the most interesting and complex figures of the 13th century, the Emperor Frederick II, as well as the literary genius Dante Alighieri.

We will finish by looking at Mongol threat to Europe and the Middle East, the changing nature of the Crusades in the 13th century, and end with the greatest European traveler of the Middle Ages: Marco Polo. 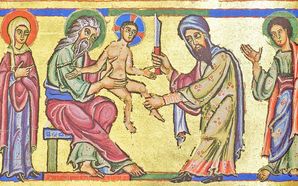 Are you ready for an age of epic events and flourishing art? The Crusades and Reconquista rage at either... 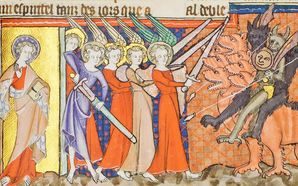 How could a century of endemic warfare, famine, and the Black Death produce great minds like Petrarch,...