After the fall of Rome in the 5th century, the Roman Empire’s eastern half endured, based in its capital of Constantinople. Modern historians coined the term “Byzantine” to differentiate between the classical Roman Empire and its medieval successor state.

The art, culture, and technology of antiquity was passed down to the Byzantines in unbroken succession. The art produced throughout the history of the Byzantine Empire is distinguished both by its high level of refinement as well as its remarkable degree of homogeneity across nearly 1,000 years. It is highly symbolic, deemphasizing form in favor of dynamic lines and rich colors, standardizing facial types with flat features and piercing eyes, creating strict figural poses, and using burnished gold backgrounds extensively.

Codex of Medicine of Frederick II 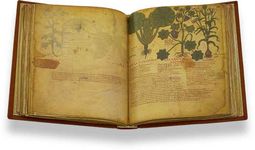 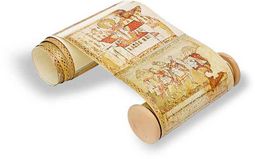 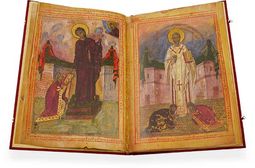 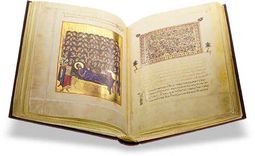 Istanbul (Turkey) — First half of the 12th century 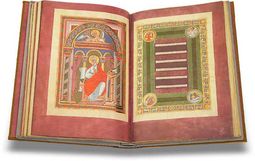 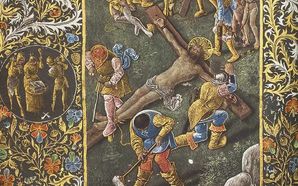 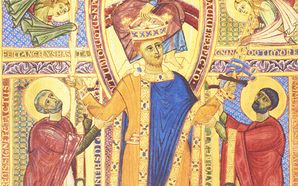 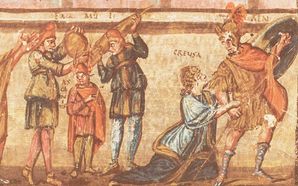 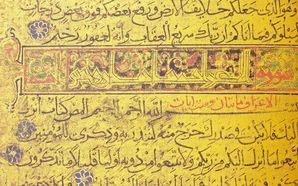