The Cosmography of Sebastian Münster consists of four large charts, which served for the calculation of planetary movements in the Middle Ages. The charts originate from Heidelberg in 1522 and were created by the famous scholar Sebastian Münster. Münster was one of the most influential humanists and geographers of his time and taught as a professor at the most respected universities in the German-speaking world.

Sebastian Münster was a German cosmographer, humanist, and Hebraist. His famous principle work “Cosmographia” is counted among the most influential treatises on geography in the Middle Ages. The highly-talented Münster published works in various scholarly fields. He was very experienced in the fields of Hebraic philology, theology, and biblical studies. He particularly set a new standard with his treatises on geography. His four-color planetary tables are an outstanding example of this. These four large format charts not only depict a joy for the eyes of the beholder but also offer a glimpse into the astronomy of the Middle Ages.

Münster was born on January 20, 1488 in Ingelheim am Rhein. At the age of 17 he joined the Franciscan order in Heidelberg. Soon his high intelligence and exceptional ability for languages were discovered in the monastery. He was next sent to study in Freiburg and later Rufach. His teachers filled him with enthusiasm for geography and other disciplines of the natural sciences. He received education in Greek, Hebrew, mathematics, and astronomy. In 1524, he appointed professor of Hebraic Studies at the University of Heidelberg by Prince-Elector Ludwig V. The progressing Reformation brought Münster into a religious conflict. In 1529, he decided to leave the Franciscan order, whereupon he was offered a professorship at the University of Basel. Here he converted to Protestantism in 1547 and was named rector of the University of Basel. Münster died in 1552 as a highly regarded scholar who revolutionized the knowledge of the world at that time with his achievements. A portrait of him as university rector decorated the 100 Deutsche Mark bill from 1962–1992.

The four large format charts, which Münster created in Heidelberg in 1522, are indeed a most unusual work. The charts show circles with superimposed rotatable discs. These were painted with the then-known stars and planets and are rimmed with artful banderoles. Beautiful miniatures are located in the middle of the circles, which show harmonious landscapes with people in the foreground. The charts with the moveable circles should serve the purpose of calculating the orbits of the planets as well as the sun and moon. This technical achievement measurably influenced medieval astrology. The valuable original edition of the scholarly document is housed today in the Apostolic Library of the Vatican. 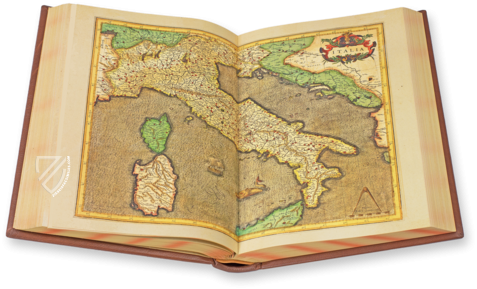 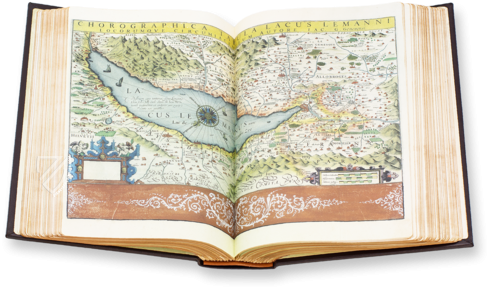 Gerardus Mercator and the revolution of cartography: the "world's first atlas" in the splendidly colored edition from Salamanca with 146 double-page illustrations