The Golf Book of Hours by Simon Bening arose ca. 1530, very likely in Bruges. It is a true treasure of Flemish illumination and contains numerous high-quality, full-page miniatures in splendid colors and various patterned frames. The book of hours is the first codex worldwide, which pictorially depicted the game of golf. Alongside this sport, additional typical activities in 16th century life are depicted.

Around the year 1530 there arose a prayer book in Belgium that was decorated with unique miniatures. For whom the manuscript was made is not known today. The charming miniatures pictorially depict scenes from the game of golf for the first time. The Golf Book of Hours is the first codex worldwide that concerns itself with this sport. Other typical activities of the 16th century were also recorded pictorially in the codex in the most beautiful manner.

Books of hours were prayer and meditation books for the pious laity, often at the stratum of the nobility. They enjoyed their golden age from the 14th to the 16th centuries in France and Flanders. Among the most famous illuminators of the 16th century was the Bruges-born Simon Bening, who created many manuscripts for people from the top rung of society across Europe. The so-called Golf Book of Hours is counted among his works. He probably completed this codex in Bruges in the year 1530. The gorgeous miniatures of this manuscript make it one of the most valuable works of the master.

From Life in the 16th Century

The book of hours is divided into two parts. At the beginning stands a small Office of the Virgin, which is illustrated with disturbing representations of the tale of woe of Jesus Christ. The second part of the document forms a liturgical calendar with corresponding monthly compositions. Various sport and leisure activities are depicted at the bottom margin of the calendar pages, among them the earliest depiction of the game of golf. The picture for the month of May shows a boat voyage on the occasion of the feast of May 1st, under which bows and crossbows can be recognized.

The miniatures of the Golf Book of Hours enchant through their fineness and attention to detail. They show depictions from the field of day-to-day work and free time. The scenes are so realistic and lifelike that every beholder feels as though they are taken back into the daily life of people in the 16th century. Each of the full-page miniatures are composed in a delightfully patterned frame, which lends the painting additional plasticity. Only the highest quality colors were employed for the design of the pictures. Today the original edition of the magnificent manuscript is found in the British Library in London. 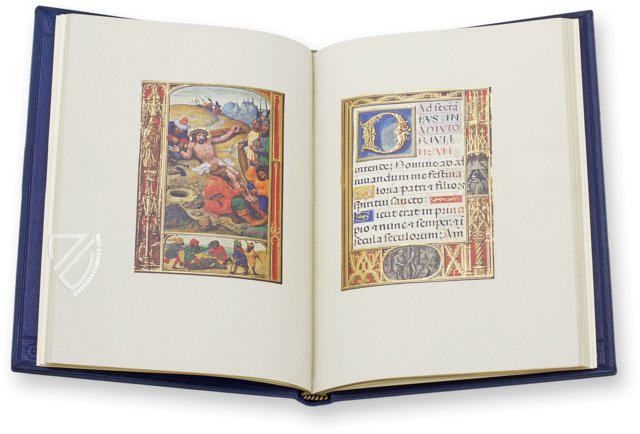 May: An Aristocratic Boating Party

Springtime was associated with romance during the Middle Ages just as it is today, and late medieval calendar pages often replaced a “labor of the month” with a “leisure of the month” at this time of year showing young couples in love. In this scene, a young nobleman plays the flute for two ladies in a boat decorated with cut branches. They are passing under a stone bridge leading into the gate of a walled city where we see another aristocratic couple on horseback with flowers in their hats. 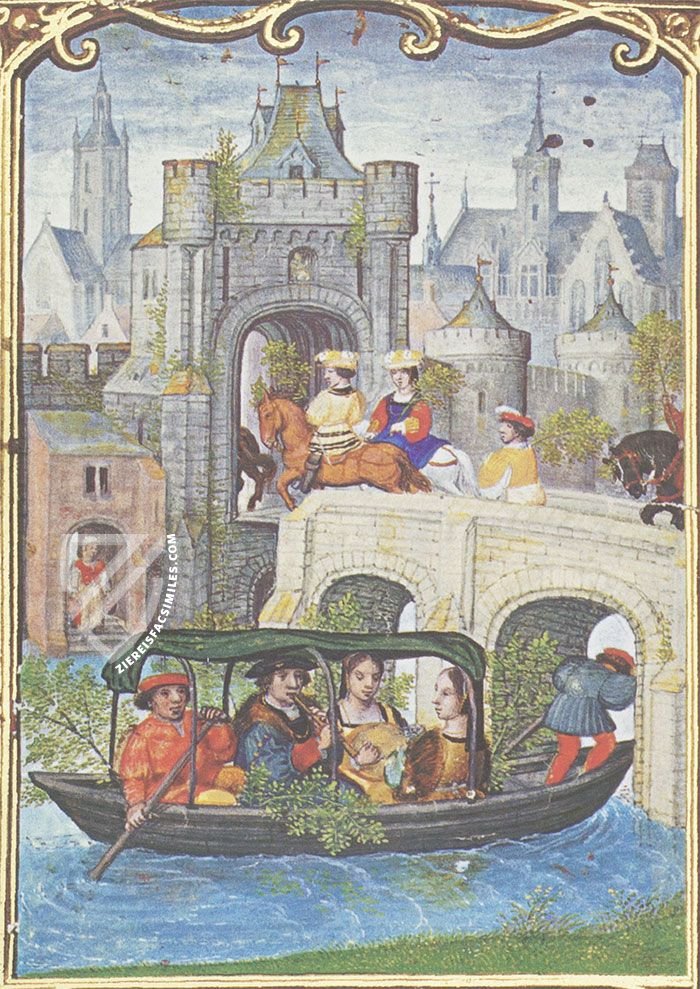 Here we have the namesake miniature of this splendid book of hours, it is from the September page of the calendar. Simon Bening is famous for his marvelous calendar pages, illustrating not only the labors but the recreational activities of each month. This manuscript is unique for being the first in the world to depict the game of golf.

The scene is a bas-de-page miniature of four men golfing, putting to be more precise, set within a wonderful historiated frame, which oddly features the zodiac sign Scorpio. They are brightly dressed in long flowing garments and hats within what appears to be a fenced garden. In the background, a figure appears to be standing in a doorway with their arms crossed, waiting impatiently perhaps? 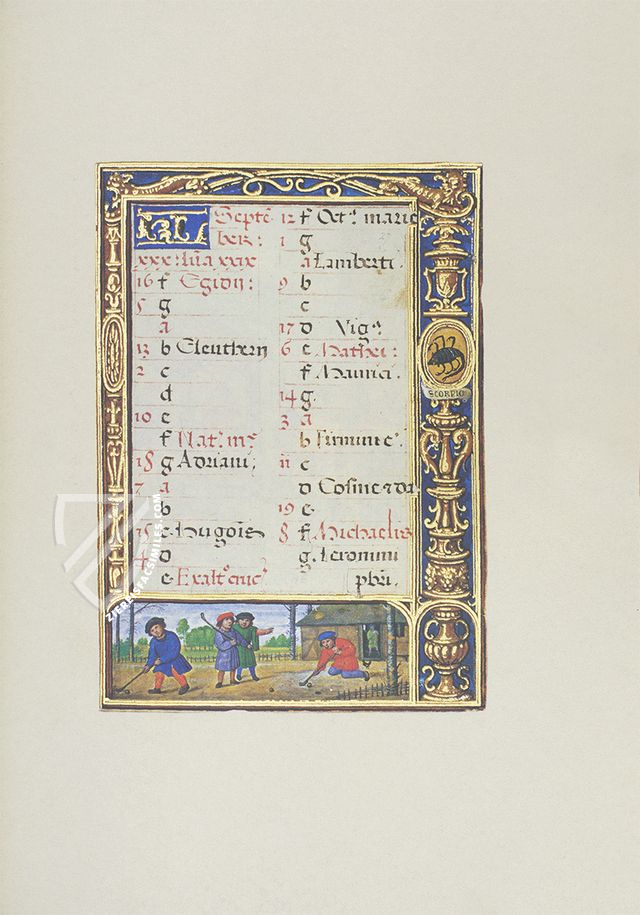 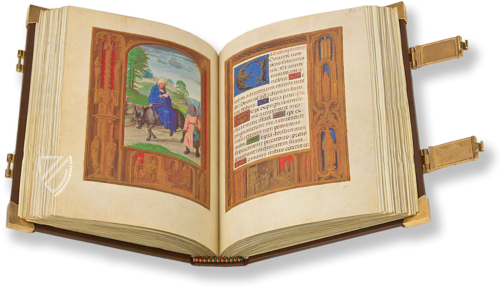 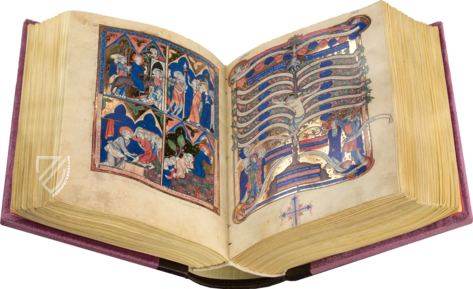 A splendid specimen of the French High Gothic for liturgical use: festively decorated with over 100 lavish full-page miniatures in splendid colors and featuring precious gold ornaments