While most maps created in the 16th century were concerned with maritime travel, some were attempting to improve overland travel as well. This compendium of 49 superb watercolors originated between 1580 and 1595 at the behest of members of the Guelph faction, who wanted a detailed overview of the state of roads in the Grand Duchy of Tuscany at the end of the 16th century. The splendid maps faithfully reproduce thoroughfares, waterways, villages, villas, churches, monasteries, country houses, tabernacles, and more in axonometric drawings that are still recognizable to a modern audience. They represent the first attempt to create a scale atlas of Florentine territory and together constitute a milestone in the history of cartography.

The Pianta di Popoli e Strade dei Capitani di Parte Guelfa or “Plan of Peoples and Roads of the Captains of the Guelph Party” is an incredibly significant document attesting to the growing field of cartography in the 16th century. This document’s 49 watercolors represent the first systematic attempt to create a scale atlas of Florentine territory and is stored in the State Archives of Florence today. Remarkable for both their accuracy and their artistry, these maps from 1580–95 depict roads, bridge, and waterways as well as containing faithful axonometric depictions of villages, villas, churches, monasteries, rural buildings, tabernacles, and more. What is more, because this work was commissioned by a political faction for military purposes, it gives a glimpse into the “current events” of 16th century Italy.

Originally the term “Guelph” referred to the faction in Italy that supported the Pope during the Investiture Controversy of the 12th century, which revolved around the question whether secular rulers or popes had the authority to appoint bishops and abbots. Their rivals, who supported the Holy Roman Emperor were referred to as “Ghibellines”. Both terms are Italianized German words: Guelfo comes from the name of the House of Welf, who were the primary opponents of the Hohenstaufen dynasty, whose battle cry of “Wibellingen”, the name of a castle, became Ghibellino in Italian.

The Evolution of Guelphs and Ghibellines

Generally speaking, Guelphs belonged to the urban mercantile class while Ghibellines were wealthy landowners. However, loyalties were often determined by who threatened their interests e.g., those living in places where the Papal States threatened to expand tended to lean Ghibelline, and the same was true of smaller cities trying to maintain their independence from larger ones, who resented imperial taxes and interference and thus were Guelph-aligned. Therefore, allegiance was determined by various factors and could change over time and their association with the imperial-papal became less and less important over time. At the beginning of the Italian Wars (1494–1559), the Guelphs supported the Kings of France while the Ghibellines continued to support the Holy Roman Emperor Charles V. By the time this atlas was made, the terms Guelph and Ghibelline were obsolete or had lost practically all meaning. 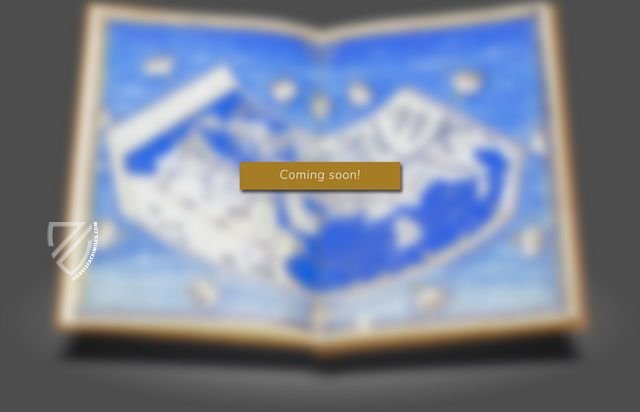