Probably the most famous library of medical works from the Middle Ages, the Biblioteca Medicea Laurenziana in Florence, houses an artistically and historically outstanding illuminated manuscript from the 15th century: The Secrets of Medicine. The unique codex contains the medicinal properties of many different plants and their uses. Whether itching, headaches, gynecological disorders, or digestive problems, the reader learns about a multitude of ailments that still occur today and how they can be alleviated or even cured with the secret healing power of plants. In particular, the colorful depictions of plants, which are often accompanied by imaginative depictions of people and animals, are also extraordinarily fascinating for modern-day viewers. 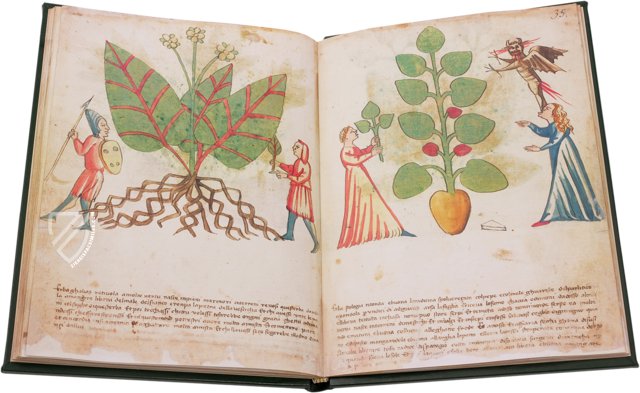 A man dressed in red with a blue cap is attacked from behind by a dog, which sinks its teeth into his leg, and reaches out for a remedy mid-bite. Even with today’s modern medicine, bites from animals – and humans for that matter – pose a serious health risk due to bacterial infection. One of the most popular ancient and medieval treatments for bites was Betonica officinalis, commonly known as betony or bishop’s wort. It was also used to treat arthritis, gout, and drunkenness. 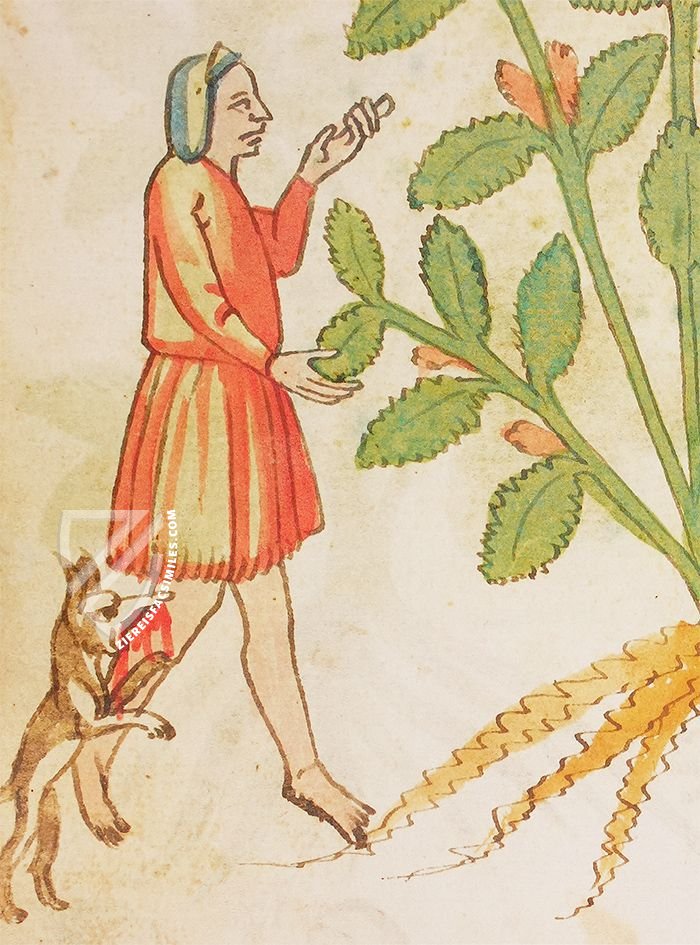 Thanks to its various medicinal uses as well as its distinctive roots resembling human figures, mandrake is popular not only in medieval pharmacopeias, but has folkloric and superstitious connotations as well. Mandrake has hallucinogenic and narcotic properties and was used as an anesthetic for surgery because it can induce unconsciousness in sufficient quantities.

According to legend, mandrakes scream when uprooted, killing those who hear it. This is a common depiction, which echoes the advice of 1st century Romano-Jewish scholar Josephus: a dog is tied to the roots and induced to run away while a farmer kneels and covers his ears so as not hear the plant’s cries, which are represented by a demon blowing a horn above. 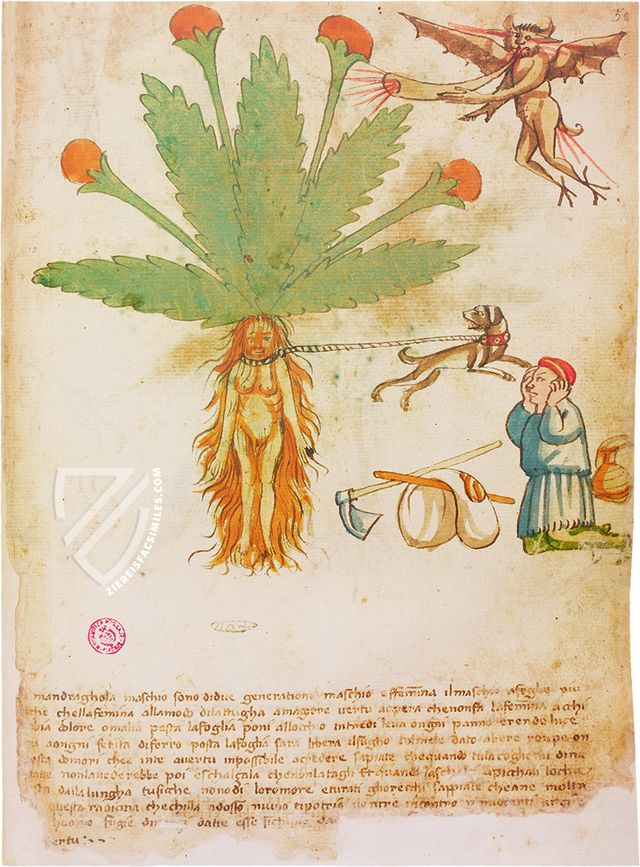 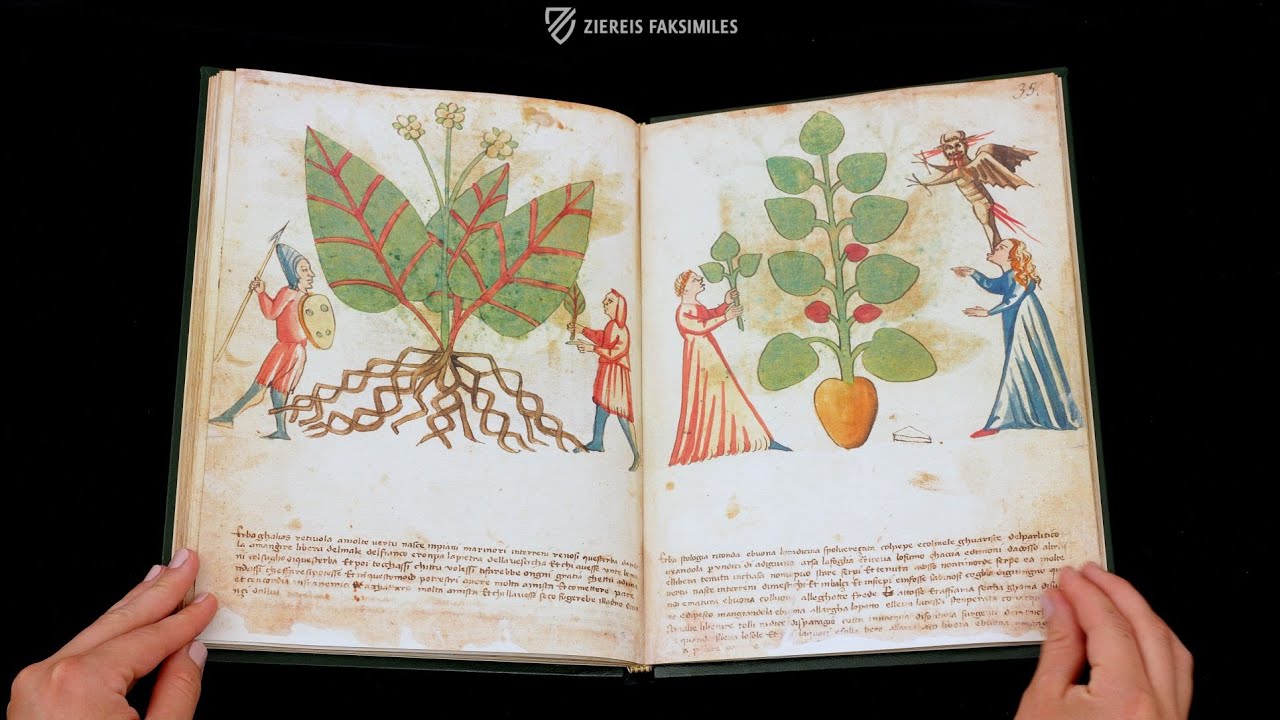