These three gorgeous 12th century scrolls are the oldest continuously illustrated legend in Japan and a rare example of the early yamato-e style. Furthermore, they contain the Shigisan-engi or “Legends of the Temple on Mount Shigi” – three popular folk tales beloved by the common people. They consist of three miracles attributed to the monk Myōren, who lived at the Chōgosonshi-ji temple on Mount Shigi near Nara during the latter part of the 9th century. The stories are illustrated in unbroken succession by bright watercolors in a dynamic and unrestrained style known as otoko-e.

Called the “Legends of the Temple on Mount Shigi” in English, the Shigisan-engi consists of three scrolls presenting three popular legends that were favorites of the common folk, not grand tales created for members of the Japanese nobility. Created in the second half of the 12th century, it is an emaki or “picture scroll” in the engi genre, which are narratives concerning the founding of a Buddhist or Shinto temples. The legends detail miracles attributed to the monk Myōren, who lived at the Chōgosonshi-ji temple on Mount Shigi near Nara during the latter part of the 9th century. This combination of stories and what they have to offer, in addition to the fact that they were oriented toward a more “common” audience, are incredibly important artifacts of Japanese literary culture and this historical period in particular.

Three Stories for the Masses

These tales are full of information about the daily lives of commoners in Heian Period Japan that is punctuated by miraculous occurrences like Buddhist gods flying through the air and curing illnesses. First, “The Flying Granary” tells the story of a granary that travels across the sea and up to Mt. Shigi and offers wonderful details of domestic architecture and clothing. Second, “The Exorcism of the Engi Emperor” follows the mission of an imperial messenger looking for someone to cure the emperor on Mt. Shigi and includes many accurate depictions of the imperial palace. Third, “The Story of the Nun” relates the journey of a Buddhist nun seeking out her brother, with whom she is reunited at Mt. Shigi, and is an important source on daily life in 12th century Japan.

The Shigisan-engi is regarded as a prime example of both Heian-era scroll painting and the early yamato-e style, of which precious few specimens survive. It can be classified as otoko-e or “men’s pictures”, a dynamic and unrestrained style of painting characterized by movement and outdoor scenes that is a sub-style of yamato-e. Furthermore, this manuscript is the earliest example of a continuously illustrated legend in Japan. Flexible ink lines and bright watercolors present the action in an unbroken succession of illustration. Main characters are shown repeatedly before the landscape and architectural background is changed. 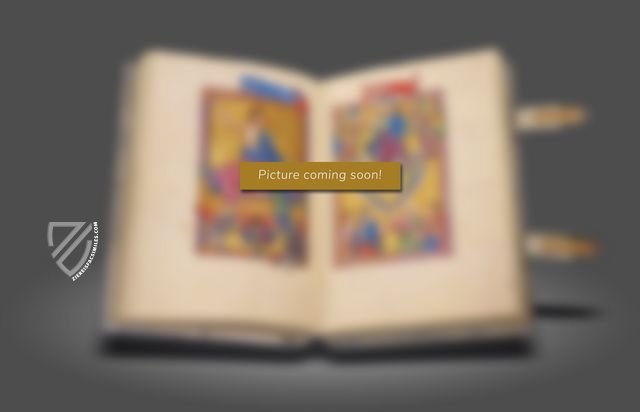 The dramatic story of intrigue at the imperial court of 8th century Japan in three scrolls: hope and despair, suspense and horror reflected in the vivid faces of women and men

Far more than a modern animal documentary from the 12th and 13th centuries: influential mockery of Japan's elites, hidden behind masterful, humorous, and sometimes anthropomorphic drawings of animals