Johann Sebastian Bach was one of the greatest composers of liturgical music in the modern era, and has enjoyed sustained popularity since the revival that his work enjoyed in the course of the 19th century. One of the most important discoveries related to the great composer was made thousands of miles away from Germany in 1934: a splendid three-volume Bible with various notes from Bach’s own hand was found in a private residence in Michigan.

During the 17th century, a three-volume Bible was printed containing the famous German translation and commentary by Martin Luther (1483–1546) with an additional commentary by Abraham Calovius (1612–86), a professor of theology in Wittenberg. A copy of this beautifully-printed Bible, named after the aforementioned theologian, was owned by the famous composer Johann Sebastian Bach (1685–1750), which is attested to by Bach’s signature on the title page, dated to 1733.

Discovered in an Attic in Michigan

Bach’s copy of the Bible was discovered in 1934 by Christian G Riedel, a Lutheran pastor, while visiting his cousin Leonard Reichle in Frankenmuth, Michigan. Riedel immediately recognized Bach’s signature in a volume of the work and Reichle searched his attic for the other two, which the family had owned since the 1830’s and also featured Bach signatures on their respective title pages. All three volumes were donated to the Concordia Seminary Library in St. Louis, Missouri in 1938, but were not paid proper scholarly attention until after World War II. The three-volume Bible is filled with evidence of the Baroque composer’s personal use including 348 underlined sections, marks of emphasis, and marginal notes in Bach’s hand. Often times, Bach simply corrected typographical or grammatical errors in the text. This Bible represents a remarkable inside view into the mindset of one of the most important composers of church music in the West. 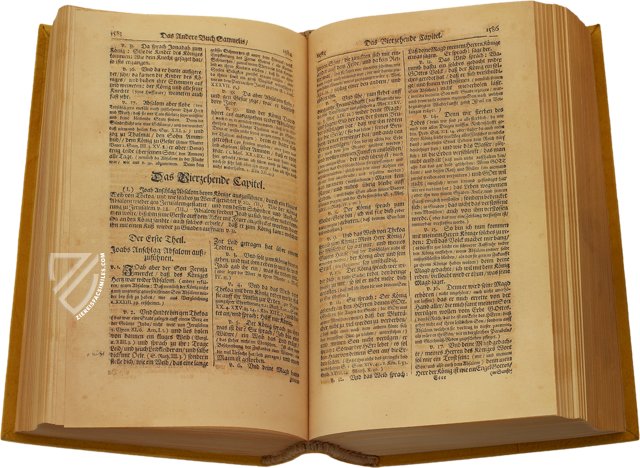 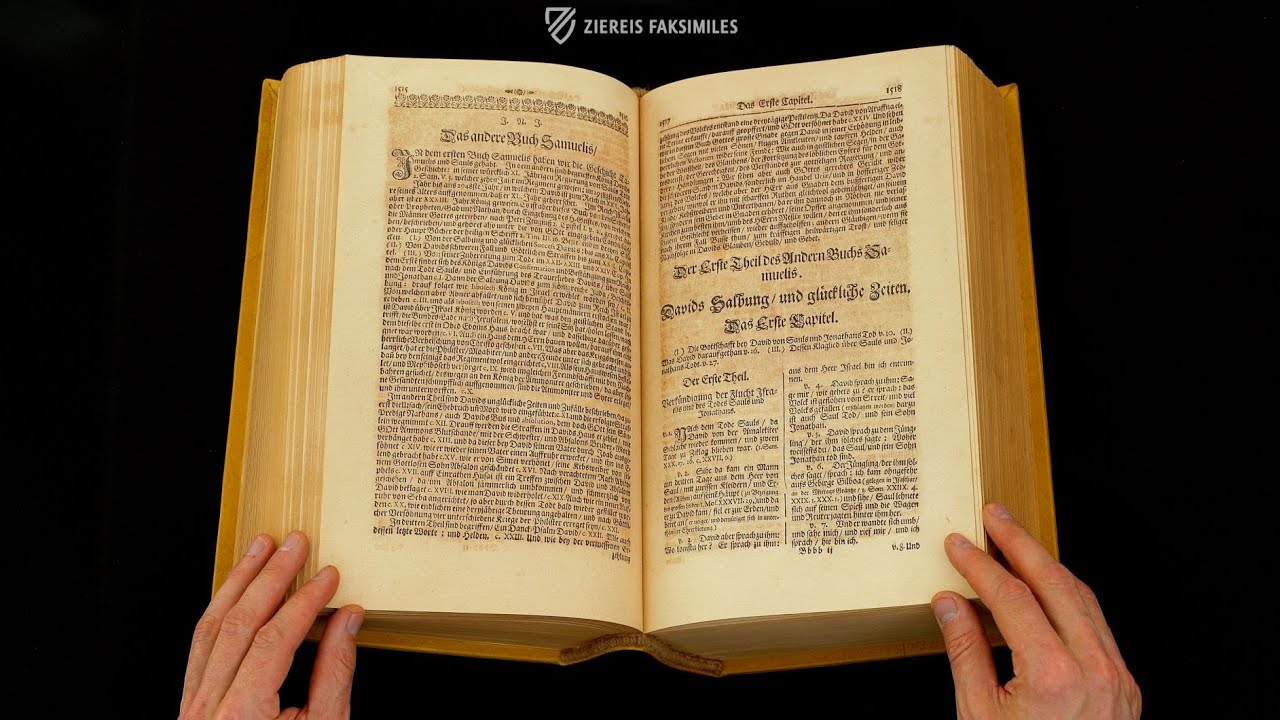