The Capitulare de Villis originates from the later years of the reign of the Emperor Charlemagne and lists a series of regulations for the overall management of royal property. It is one of several capitularies issued by Carolingian royalty concerning the organization and administration of their estates and reflects Charlemagne’s reforms to the government of the Franks. Details surrounding the origins of the manuscript are disputed, but it is generally believed that it was created at a time when the Carolingian court became settled in Aachen. It was likely intended to manage the logistical difficulties of supplying and maintaining food and equipment for administrators and soldiers at a fixed capital far from most of the estates, or in preparation for a military campaign. Although divided into seven chapters including justice, agricultural land use, taxes, and regulating trade, the majority of the text is devoted to describing the duties of the iudex, a royal official charged with managing royal properties, prosecuting criminals, and collecting taxes – both in cash and in kind – to be brought to the Carolingian court. The document is thus of great importance for understanding Carolingian material culture and political administration.

The Capitulare de Villis is a precious document offering valuable insights into one of the most important periods of European history, a time of change and transition following the reunification of most of the Western Roman Empire under Emperor Charlemagne. The Frankish court, which had previously been located wherever the king was as it was necessary for him to constantly travel through his lands to maintain his authority, was now being settled in a permanent location: Aachen, on the western bank of the River Rhine. Although it is debated whether this manuscript was created in Fulda or the Rhineland, it is generally agreed that it originated between 771 and 800. The document thus serves as a textual witness to the system of taxation and provision of logistical support for the army. While the administration it describes is fairly simple form a modern perspective, the document reveals Charlemagne’s detailed attention to the governance of the empire he created. Therefore, while the Capitulare de Villis may not be helpful for understanding the economy of the empire as a while, it is useful for understanding the material culture and political/military administration of the Carolingians.

It is one thing to conquer, it is another to rule. Charlemagne understood this because he was more than a Frankish warlord, but a learned man who cast himself in the mold of the Caesars. As such, the majority of the text is devoted to the administration of justice, the management of royal properties, and the inventory and transportation of an estate’s taxes – either in money, food, or goods – to the court at Aachen. These duties were the responsibilities of the iudex, a royal official who served as a manager and overseer of subordinate officials in addition to administering justice. In terms of food, little is said about the cultivation of crops or the raising of animals aside from expected quotas, but the raising of puppies and foals is discussed in detail, which underlines the importance of dogs and horses for hunting and warfare. The Capitulare de Villis also stipulates the management of land, such as the clearing of forests for cultivation, and mandates a certain number of craftsmen in various trades on the estates.
##The Role of Women
Insights into the role of aristocratic women in Frankish society during this period can be gleaned from this document, particularly with regard to the management of royal estates. Although men employed in the role of iudex carried most of the responsibility, queens were also expected to perform official duties, especially in the absence of her husband. Not only did they have overlapping responsibilities, but the various stewards would have to work under the direction of her royal authority. Furthermore, queens had the power to administer justice in the absence of a iudex. More broadly, the responsibilities of aristocratic women were tooted in hospitality in particular – the capitulary specifies the number of beds and linens that were to be kept on hand for potential guests. This was not merely about throwing parties but also displaying the wealth of the family. Furthermore, these aristocratic homes also served official functions including serving as lodgings for travelling officials and army headquarters. 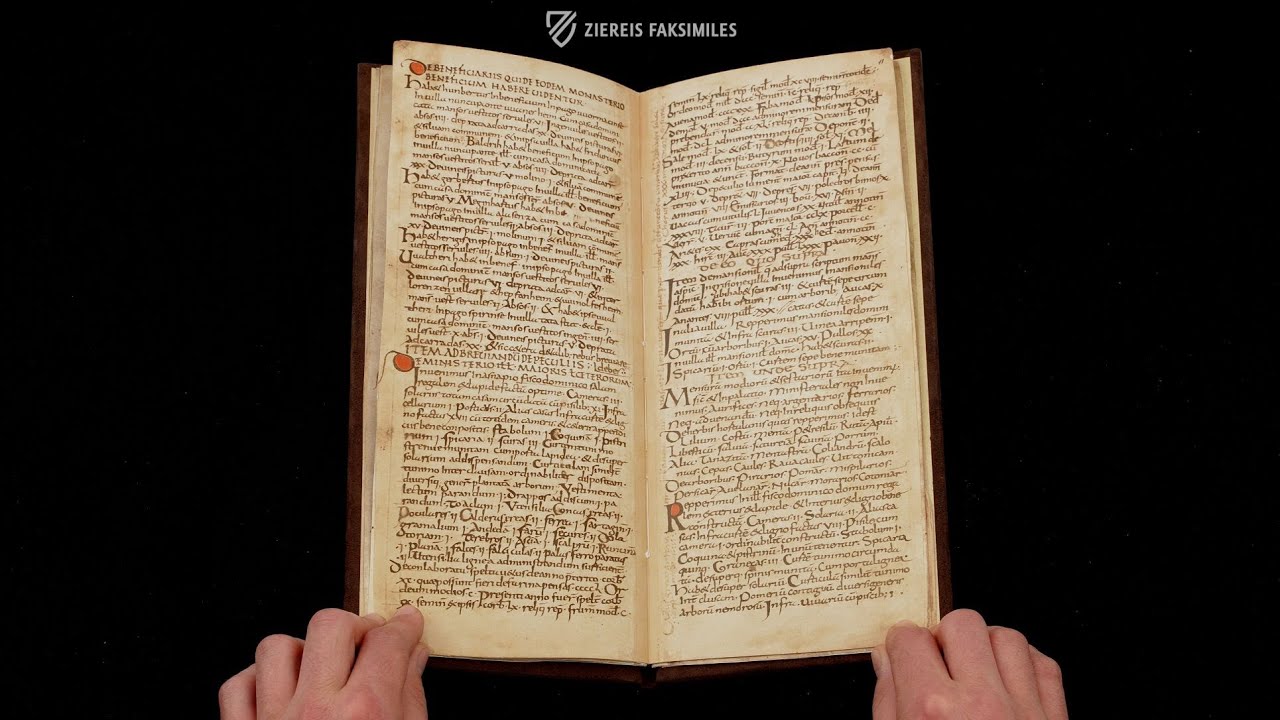 Publisher: Müller & Schindler – Simbach am Inn, 1971
Commentary: 1 volume by Carlrichard Brühl
Language: German
1 volume: Exact reproduction of the original document (extent, color and size) Reproduction of the entire original document as detailed as possible (scope, format, colors). The binding may not correspond to the original or current document binding.
Price Category: € (under 1,000€)
Edition available
Price: Login here!
Order / Ask a Question
You might also be interested in: 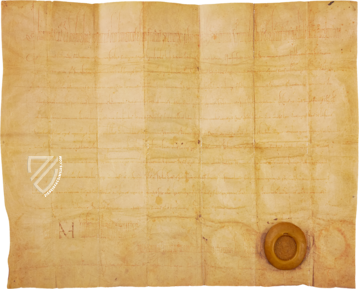 A document from the great-grandson of Charlemagne: one of the oldest documents concerning the region of Carinthia and an important insight into the Bavarian king's ownership of the land 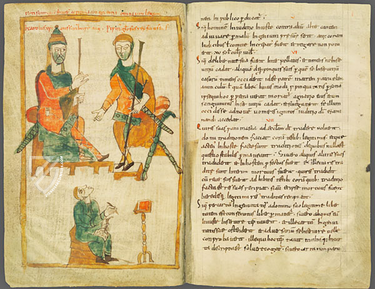 The foundation of modern European law: a collection of the oldest Germanic legal texts with Carolingian miniatures