Maria Sibylla Merian was a German naturalist and artist devoted to the illustration of scientific texts who was one of the first Europeans to closely study insects. However, she first distinguished herself has a botanical illustrator with a three-volume series of books that was united into a single volume in 1680, the Neues Blumenbuch or “New Book of Flowers”. The 36 plates depicting individual flowers, wreaths, nosegays, and bouquets would go on to serve as models for other artists and patterns for embroiderers.

From an early age, the artistic talents of Maria Sibylla Merian (1647–1717) were evident and rightly so since she was from a family of artists: she was a descendant of the Frankfurt branch of the Swiss Merian family and her father was the famous engraver and publisher Matthäus Merian the Elder (1593–1650), who died when she was only three years old. Therefore, her artistic training was left to her stepfather, Jacob Marrel (1613/14–81), a German still life painter active in Utrecht during the Dutch Golden Age. Merian would go on to become one of the most respected female artists of her age, even rivalling Rachel Ruysch (1664–1750), aside from her reputation as a naturalist and one of the most significant contributors to the field of entomology.

Success as a Botanical Artist

Although Merian is most famous for her work with insects, her first success came as a botanical artist for her Neues Blumenbuch. It was originally designed as a pattern book for embroidery, which was an essential part of the education of privileged young ladies. The first volume of twelve loose plates that were engraved by the artist and colored after the print was published in 1675 and was followed by the next two volumes in 1677 and 1680. It was a luxury printing that was produced in limited numbers and as such few specimens have survived to the present. Merian also sold some hand-colored editions of the series and used vellum that she primed with white before painting with watercolors and gouache pigments because the guild system barred women from using oil paint.
The drawings were meant to be decorative, not botanical, and Merian did not personally observe all of the flowers, with some appearing to be based on drawings by her stepfather and the French miniaturist Nicolas Robert (1614–85). Butterflies and damselflies are included among the flowers, but again not all were based on direct observation, and some appear to be based on drawings by Jacob Hoefnagel (1573 – ca. 1632). At this time, copying from other artists was not looked down upon and was considered to be an essential part of an artist’s training. Prestel Verlag – Frankfurt, 1999
Publisher: Prestel Verlag – Frankfurt, 1999
Commentary: 1 volume by Marina Heilmeyer and Thomas Bürger
Languages: English, German
1 volume: Exact reproduction of the original document (extent, color and size) Reproduction of the entire original document as detailed as possible (scope, format, colors). The binding may not correspond to the original or current document binding.
Price Category: € (under 1,000€)
Edition available
Price: Log in here!
Order / Ask a Question
You might also be interested in: 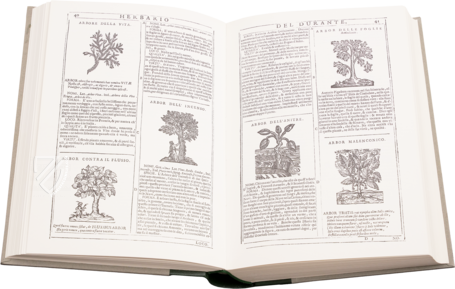 Detailed descriptions and illustrative woodcuts of over 900 medicinal plants: the accumulated knowledge of the Middle Ages concerning medicinal herbs in an astonishingly modern work 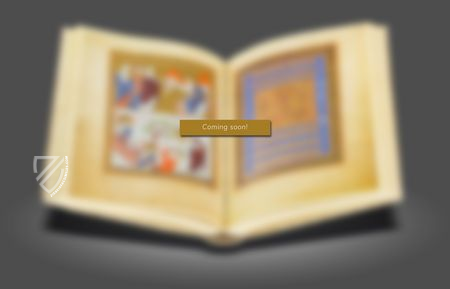