In the 16th century, the Republic of Venice had a mercantile empire that stretched across the seas and oceans of the world. The talents of cartographers were naturally in high demand, and one of the most talented was Giorgio Sideri (active 1537–65), commonly known as Calapodà, who was born on the island of Crete. This magnificent world map was created by him in 1550 and wonderfully blends both the practical and the artful.

Here we have a signature work by the Cretan cartographer Giorgio Sideri (active 1537–65), commonly known as Calapodà, which is dated 1550 and stored in the Correr Museum Library in Venice as Portolano 6. The large parchment map is a splendid watercolor depicting the known world from the Isthmus of Panama in the West to the Caspian Sea and Arabian Peninsula in the East, and from the Gulf of Bothnia in the northernmost Baltic Sea to South America’s Rio de la Plata. The lines and grid are those of a sea chart, but there is a scale for latitude and longitude in addition to artful depictions of rivers and mountains. The names of many cities, regions, and kingdoms are recorded, including those found in the interior of the continents. The portolan chart gives us a taste of the Age of Exploration and of the thalassocracy or “sea empire” of the Republic of Venice. As a cartographer, Calapodà’s map-making skills would have been invaluable to Venice’s mercantile economy and the protection and control of its far flung maritime empire, which is presented here with delicate artistry. 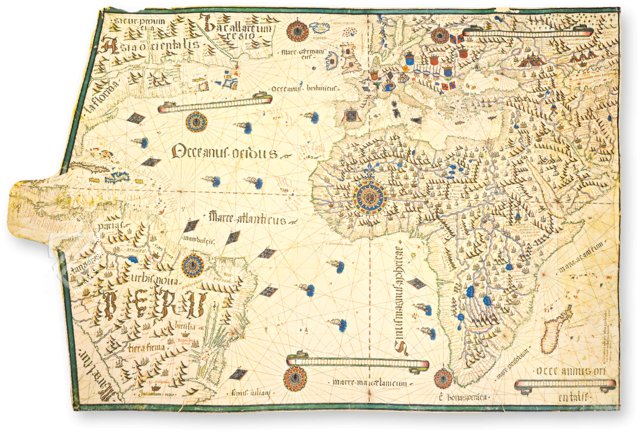 The 16th century was a great time to be a scholar, but it was also a period of rivalry, empire building, and warfare among the great powers of Europe. Kingdoms like France and Poland are identified by crowned shields with the fleur-de-lys and white eagle. Silver that has tarnished over the centuries can be seen in the coats of arms for England, Spain, Savoy, and the Crown of Aragon’s possessions in Sicily, Sardinia, and Corsica. The names of countless port cities line the coasts. 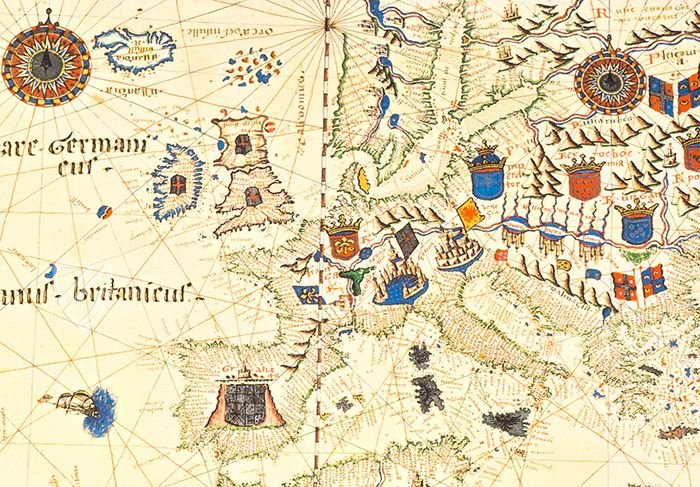 Map of the Altantic

Created in 1550, this map blends art and science into a wonderful work of cartography depicting the Atlantic Ocean and the surrounding continents, which had been divided between Spain and Portugal in the 1492 Treaty of Tordesillas. Created in Italy, it is a fine specimen representing the cutting edge of geographic knowledge in Renaissance Europe.

Africa and the eastern coasts of the New World are depicted with a surprising level of accuracy, and all without modern computer modelling or satellite imagery. Mountain ranges, rivers, lakes, and coastlines are all detailed, whether they represent the actual geography or not. Numerous ships are shown sailing in the oceans, and the kingdoms of Europe are labelled with various coats of arms. 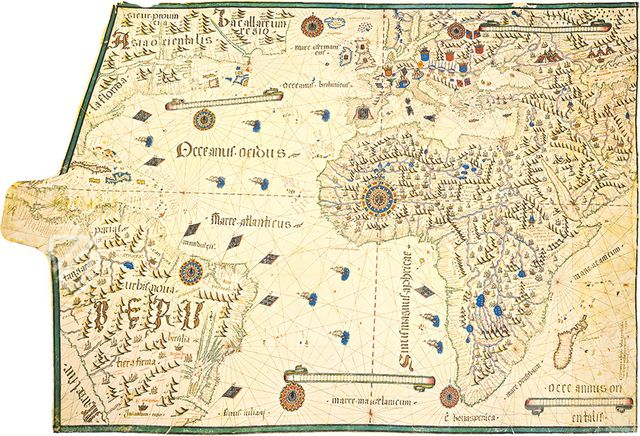 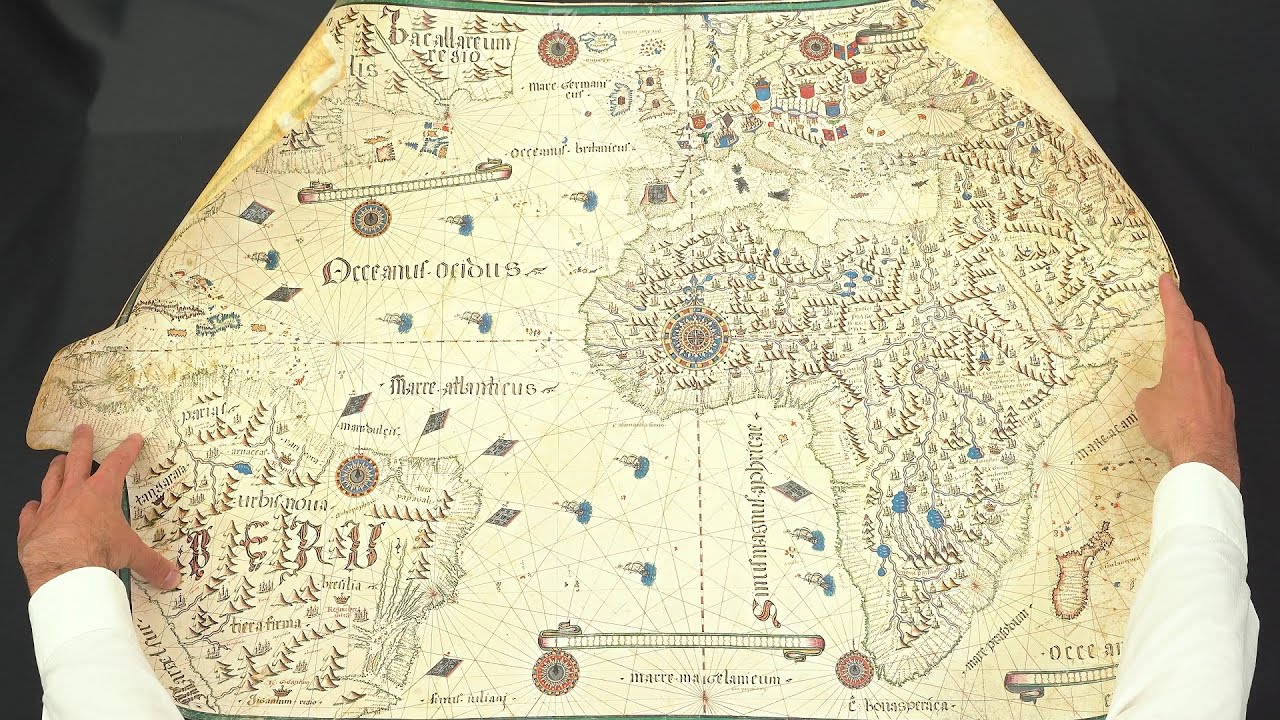 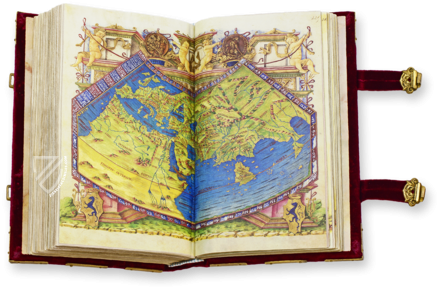 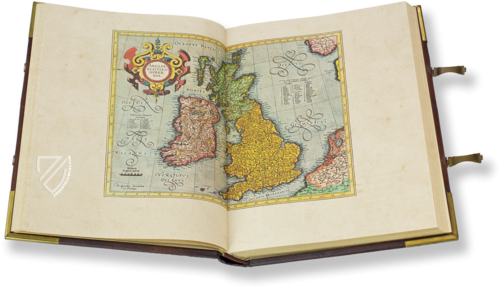 The template for all subsequent atlases: Gerardus Mercator's posthumously published picture atlas from 1595