One of the most important discoveries in the history of Romance linguistics was made in Madrid’s Real Academia de la Historia during the early 20th century: the thousand-year-old Glosas Emilianenses. Stored under the shelf mark Codex Aemilianensis 60, its nickname refers to its vernacular glosses, written in an early form of Spanish Romance and Basque. Originating in the Monasterio de San Millán de la Cogolla during the 9th century, the manuscript’s glosses were added in the 10th century, making it the oldest written source on Basque and once of the oldest for Spanish. As such, it is a priceless artifact and research tool for Spanish philologists.

This thousand-year-old codex is one of the most important documents for the history of Spain, stored today under the shelf mark Codex Aemilianensis 60 in Madrid’s Real Academia de la Historia. The Latin text, consisting of homilies and writings from various church fathers, features numerous glosses (annotations) written in both Basque and a Romance language that is a precursor to modern Spanish. These glosses are some of the oldest examples of either language, making the religious codex priceless for Spanish philologists.

The manuscript was created during the 9th century in the Monasterio de San Millán de la Cogolla in modern La Rioja, which was then a part of the** Kingdom of Navarre**. At this point in history, the remaining Christian kingdoms of Spain were limited to the defensible mountainous regions in the north. Navarre had a mix of cultures and languages at this point in history including the Romance languages Castilian, Aragonese, and Navarrese as well as Basque. It is debated whether the Romance glosses in the manuscript, which date to the 10th century, can be considered to be more Castilian or Aragonese. Nonetheless, the codex is considered to be one of the oldest Ibero-Romance documents and includes a rare complete sentence for the gloss on page 72. Only two glosses in the manuscript are actually written in Basque, but are nonetheless considered to be the earliest written evidence of the Basque language, which is unique in Europe. In fact, Basque influences in the Romance glosses imply that the anonymous author may have been a Basque speaker.

Discovery in the 20th Century

Codex Aemilianensis 60 remained at San Millán until 1821 and made its way to the Real Academia de la Historia in Madrid. It remained just another unassuming medieval tome until it was discovered in the early 20th century by Spanish philologist and historian Ramón Menéndez Pidal (1869-1968), a preeminent expert on El Cid who was nominated for a Nobel Prize 23 times, more than anyone in history, but never won. It was Pidal who realized that the manuscript was of tremendous value for the history of the Spanish language as a pre-literary source, and one of the oldest. This research contributed to his 1926 book Orígenes del español, a milestone in the study of Romance linguistics.

Egeria, S.L. – Madrid
Publisher: Egeria, S.L. – Madrid
Limited Edition: 500 copies
Commentary: 1 volume
Languages: English, Spanish
1 volume: Exact reproduction of the original document (extent, color and size) Reproduction of the entire original document as detailed as possible (scope, format, colors). The binding may not correspond to the original or current document binding.
Regular price without login (like new)290 €
Login for a Better Price!
Order / Ask a Question
You might also be interested in: 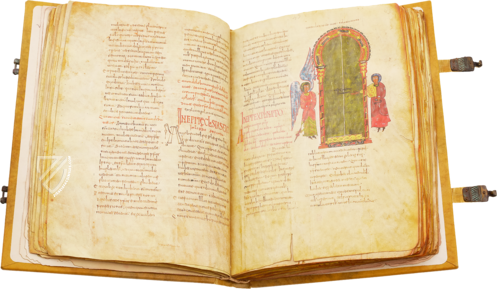 Created and beautifully illuminated almost 1,100 years ago: one of the oldest surviving Beatus manuscripts 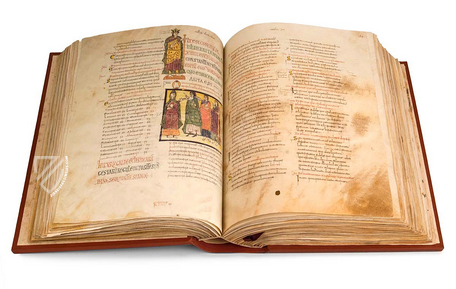 The history of the Roman Empire from Romulus to the Byzantine Emperor Tiberius II Constantine: an illustrated chronicle of world history and the first European text with Hindu Arabic numerals