One of the most fascinating Apocalypse manuscripts of the Middle Ages probably emerged during the reign of King Louis IX, also known as Louis the Saint for his Crusading and his reputation as a model Christian king. Named after its repository, the Municipal Library of Toulouse, the Toulouse Apocalypse is a 13th century illuminated manuscript written in Latin and French and adorned with 121 masterful miniatures. These miniatures represent the fantastical events of the Book of Revelation in the literal manner that was popular at the time, but it would be a mistake to think that these miniatures are mundane or ordinary in way!

An incredibly important 13th century Apocalypse manuscript is preserved in the Municipal Library of Toulouse under the shelf mark MS. 0815. The codex originated in France, probably between 1220 and 1270. The figures and style of the magnificent miniature point to the reign of Louis IX of France, also known as Saint Louis due to his piety. Who the patron of the manuscript actually was, remains unclear, but nonetheless, the Toulouse Apocalypse is one of the most fascinating Apocalypse manuscripts to ever be produced. The 124-page manuscript measures 305 x 189 mm and its binding consists of tooled leather over wood.

In the Toulouse Apocalypse, all the scenes of the apocalypse are represented literally and pictorially. 121 large, colorful miniatures embellished with gold and silver are embedded in the text of the manuscript, which is written in two columns in Latin and French. The majority of the miniatures are in perfect condition and the last 15 miniatures refer to the vision of Saint Paul. The miniature on page 53 of the manuscript is worthy of note: a full-page representation of the Heavenly Kingdom of Jerusalem. At its center, Christ gives a blessing while flanked by a crucifix and the divine Lamb, all surrounded by a tetramorph of the animal symbols for the four Evangelists, and outside of that one finds twelve gates with the twelve angels and apostles represented standing at the bottom of the page. This depiction, like the others in the manuscript, is purely narrative and free of any commentary or other perspective.

King Louis IX (1226–1270), also known as Louis the Saint, is the only canonized French monarch and is considered to be one of the most beloved kings of medieval France. Known as a reformer, especially to the justice system, his life was driven by a deep and sincere devotion to Christianity and Louis may have come closer to the ideal of a Christian king than any other. His character and his works offered material for countless chroniclers, biographers, and tales of miracles that were sometimes recorded in marvelous manuscripts. His rule marked a Golden Age when royal authority was restored, the power and private wars of the nobility were reduced, justice was reformed, and lands formerly held by the English and other rivals was returned to the Kingdom of France. Louis IX has gone down in history as the leader of two crusades (the 7th and 8th) and as the upholder of peace and just judges. He was a patron of the arts, commissioning the famous Morgan Crusader Bible in addition to other magnificent works of illumination, but is perhaps most famous for constructing Sainte-Chapelle, a royal chapel constructed to house various relics acquired by Louis and considered to be one of the greatest achievements of Gothic architecture. Today, St. Louis is regarded as one of the most important medieval monarchs and an “ideal type of ruler.” He was already known in his lifetime for his especial piety and his close association with the ideal of a Christian king. This is what caused Pope Boniface VIII to declare him a saint in the year 1297, less than 30 years after his death. 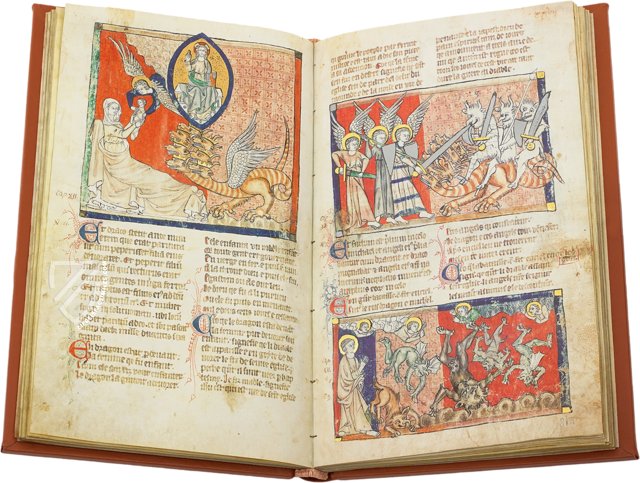 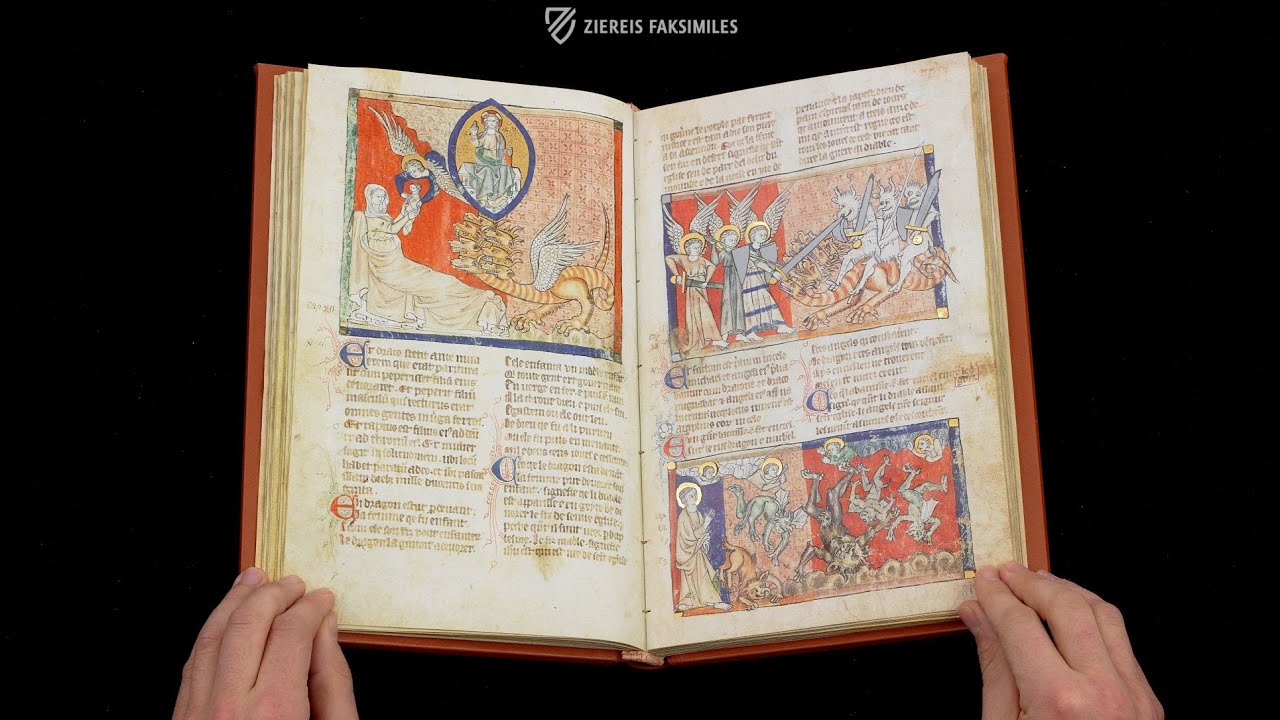 Publisher: PIAF – Madrid, 2018
Limited Edition: 510 copies
Reproduction of the entire original document as detailed as possible (scope, format, colors). The binding may not correspond to the original or current document binding.
Price Category: €€€ (3,000€ - 7,000€)
Edition available
Price: Log in here!
Order / Ask a Question
You might also be interested in: 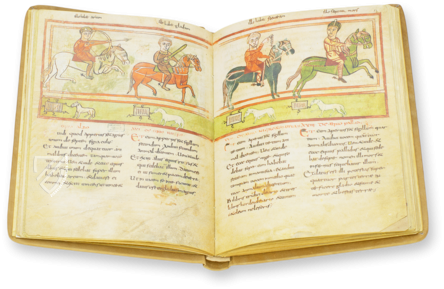 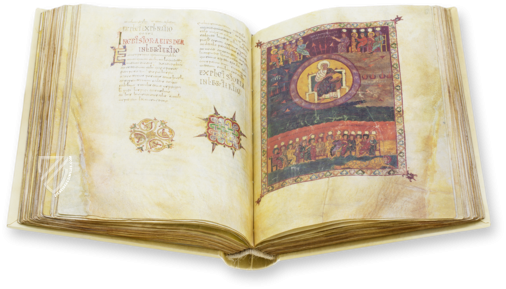 The unique treasure of the famous Morgan Library in New York: the oldest and only 2-volume Beatus manuscript, magnificently illuminated and style-forming for the entire genre