The Van-Damme Book of Hours was created in a fantastic collaboration between the scribe Antonius van Damme (active 1495–1545) and the Flemish illuminator Simon Bening (1483–1561). Both knew each other for almost 50 years and together they created a delightful small-format book of hours, which is furnished with 32 realistic full-page miniatures and 32 first-class initial pages. The patron of the precious manuscript is unknown to us today and even Bening, the greatest miniature master of the 16th century, is not named. However, the lively calendar miniatures contain stylistic and iconographic features in their charming details that were typical for him.

During the last golden age of Flemish book painting, a small-format book of hours originated in the workshops of the scribe Antonius van Damme (active 1495–1545) and the well-known miniature painter Simon Bening (1483–1561) in Bruges. The 258-page manuscript from 1531 captivates with its 32 realistic full-page miniatures, which are hard to beat in terms of their richness of detail and brilliant coloring. There are also 32 initial pages, whose floral borders form a fascinating contrast to the religious scenes and calendar pages. The scribe’s gotica rotunda is characterized by an incredible degree of uniformity with evenly spaced, almost square letters, which are evident in the book of hours at hand.

The twelve calendar pages with their charming vignettes, whose scenes show both the heavy field work of the farmers, as well as the aristocratic amusements of the rich, are especially appealing. Bening portrays the reality of everyday life in 16th century Flanders with great attention to detail. For the rich, it is mainly activities such as feasting, hunting, and cozy gatherings, while the peasants cultivate the fields and vineyards, collect harvests, and look after the animals. However, what all monthly activities have in common is that they take place against the backdrop of seasonal change.

Dramatic "close-ups" are a tasteful way to reduce the distance between the viewer and the characters. Bening deliberately places his actors close to the front edge of the picture and thus creates a more intimate mood. This compositional fineness gives the scenes, e.g. people sitting before a fire on a cold winter’s day, a greater sense of immediacy for the beholder. Housed in a red velvet binding with fine silver filigree covers, this Flemish book of hours is a masterpiece both inside and out. 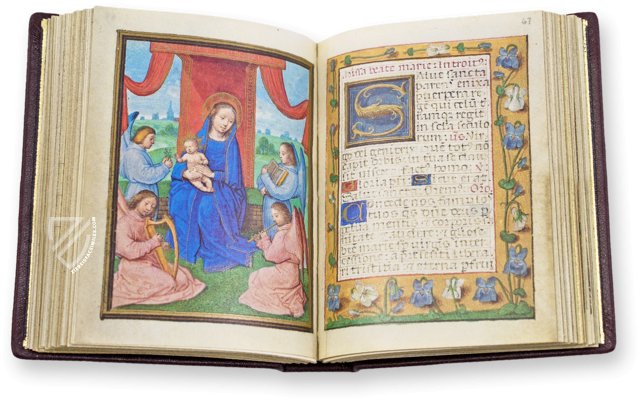 In the frame beneath the calendar, we see a pig being slaughtered, a typical scene for the month when salted meat was usually being stockpiled for the winter. Its blood, a rich source of iron, is being carefully collected by a woman with a long-handled pan. Freshly fallen snow covers the scene, which appears to be a town square, most likely in the district of the city occupied by the butchers’ guild. A couple dressed in red and blue huddles together against the cold, probably the buyers.

The glorious declaration of Christ’s birth by an angel to a nearby group of shepherds has become a beloved theme of Christmas carols: “Do not be afraid, for behold, I bring you good tidings of great joy which will be to all people. For there is born to you this day in the city of David a Savior, who is Christ the Lord.” (Lk. 2:10-11)

The moment of the angel’s appearance in the sky is depicted in incredible detail considering that this page could barely cover the palm of one’s hand. Such is its majesty that the shepherds have to shield their eyes from the golden rays that illuminate the night’s sky. Simon Bening innovatively incorporates a close up in the foreground of this impressive landscape to convey a sense of surprise and wonder. 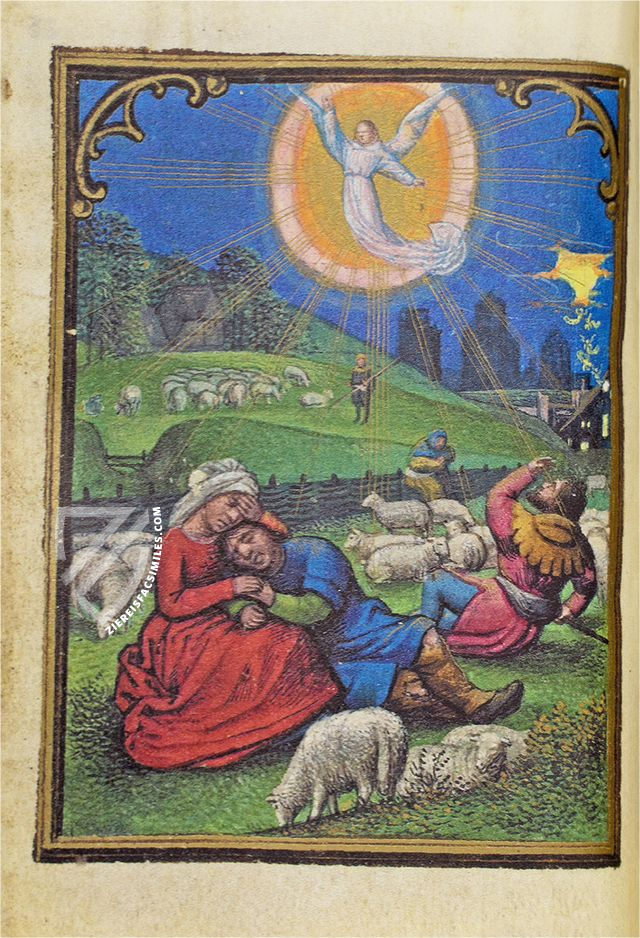 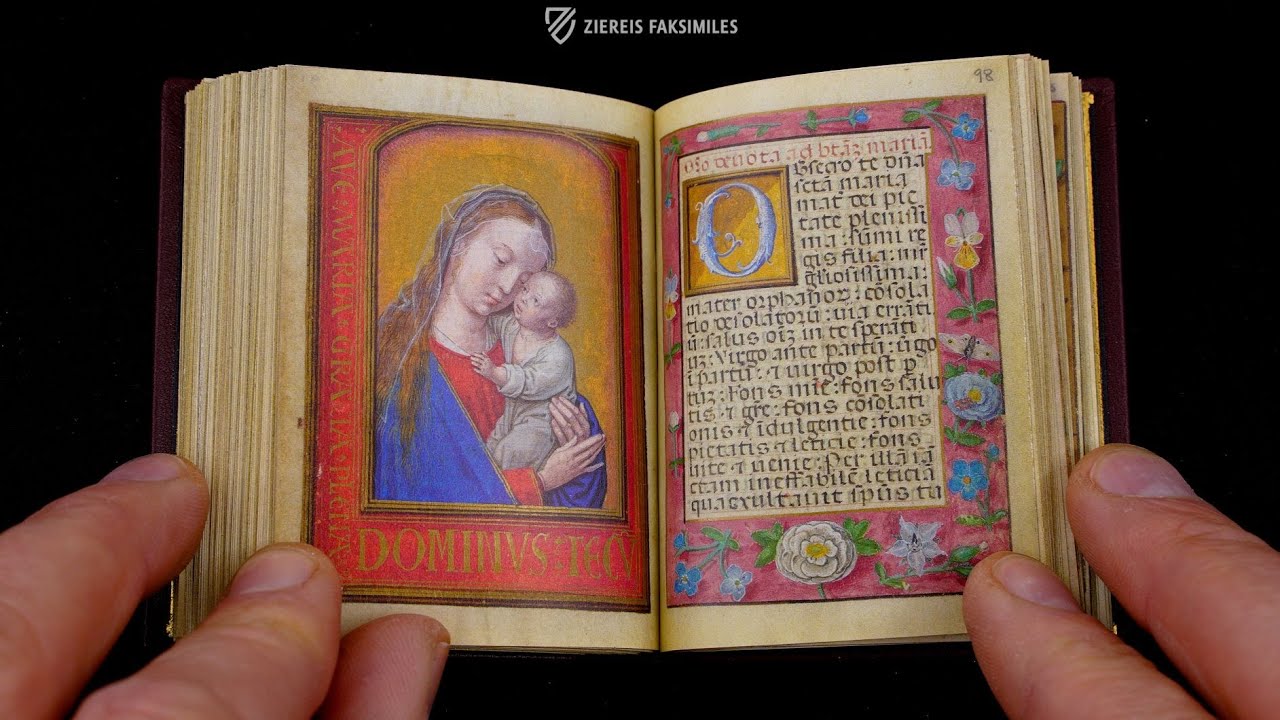 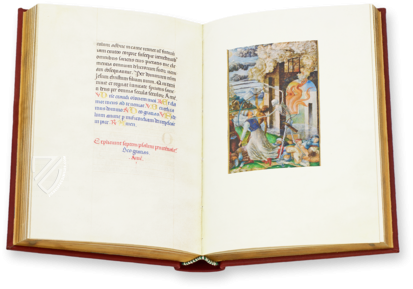 The last splendid work from Ferrara: Matteo da Milano's masterpiece for a great patron of the arts