Armenia was one of the first Christian kingdoms in history and was able to remain an independent realm despite being surrounded by Muslim territories due to its mountainous territory and the fierceness of Armenian knights. The country also has its own artistic traditions with influences from Byzantine art, which endured even after the fall of Constantinople roughly 150 years before this work was created in the early 16th century. Armenian was one of the first national languages that the Bible was translated into, which was completed in the 434 by a group of Armenian scholars who had journeyed to Constantinople to acquire authoritative texts in Greek. The Armenian Bible includes 26 full-page miniatures with rich opaque and the generous use of gold leaf. It is considered to be one of the most important European Bibles and is protected by a ribbed silver binding with rosette patterns and a Greek cross.

A wonderful parchment manuscript with the text of the Gospels originated in the vicinity of Edessa at the beginning of the 17th century. 26 full-page miniatures enrich the biblical text, which is arranged in two columns. Upon first glimpsing the luminous paintings, one can hardly believe that they are already centuries old. Actually, this is one of the only examples of Armenian illumination to have survived to the present. In fact, the patron of the manuscript is unknown, but some conclusions can be drawn about its previous owners. In the year 1742, Patriarch Abraham Bedros I Ardzivian (1679–1749) gave it to Pope Benedict XIV (1675–1758) on the occasion of his consecration in Rome.

The miniatures, designed according to the rules of Armenian illumination, distinguish themselves through their particular luminosity and fineness. It is astonishing how radiant the colors are and the intensity boasted by the gold backgrounds. As such, there is a six-figure Adoration scene playing out before unpretentious urban architecture and in whose background shines the golden heavens. Nevertheless, the bordure decorations boast rich gold as well and small marginal scenes illustrate the text additionally. The beginning of each Gospel is designed in an exceptionally splendid manner, as exhibited with a full-page miniature of the corresponding Evangelist.

Unfortunately, the question of the year of origin of the Armenian Bible cannot be answered with certainty. Nevertheless, on the first page there is a note indicating that the manuscript originated in Mesopotamia in the year 1614, but it is missing a precious colophon as a means for dating. An additional clue was found by researchers at the end of the Gospel of John, where a date is entered. Since its ink is different from what the rest of the text was written in, this notation is suspect and not suitable for the determination of a date of origin. 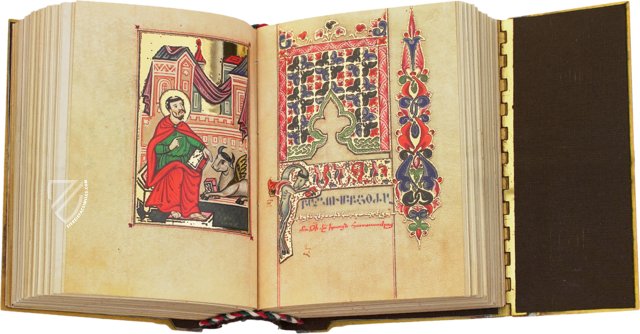 This gorgeous kaleidoscope of red, green, blue, and gold appears above a canon table at the beginning of the manuscript. A gorgeous peacock with a long blue tail is perched next to a carpet consisting of blue and green crosses made of interlocking ovals and surrounded by a border with a red acanthus leaf pattern. Gold has been applied in thick lines that stand up on the page to outline various features of the carpet, leaves, and peacock. No expense was spared in creating this manuscript.

Miniatures of the Last Supper are not only interesting from a religious point of view but are often filled with interesting details portraying everyday objects used during meals. On top of a stripped tablecloth we see a bowl full of fruit, candlestick holder, and pitcher of wine – all made of gold – as well as two long knives and four loaves of bread.

Rather than being a standard depiction of this famous episode from the Gospels, the artist has created a sense of space and depth in the scene by depicting Jesus and the Twelve Apostles sitting around a round table like King Arthur and his knights. In the warrior culture of Armenia, it is very possible that this may have been an intentional allusion to the chivalric legend. 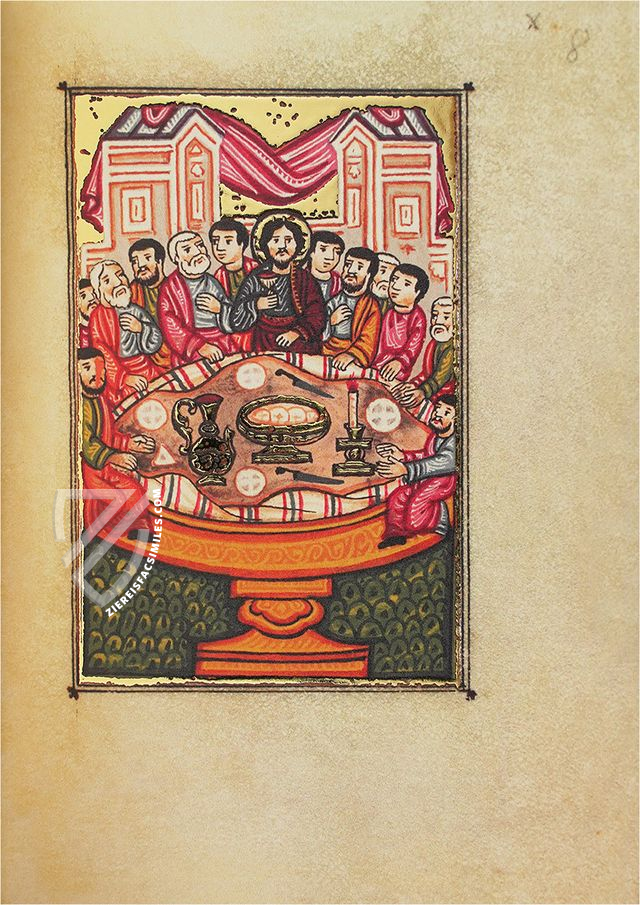 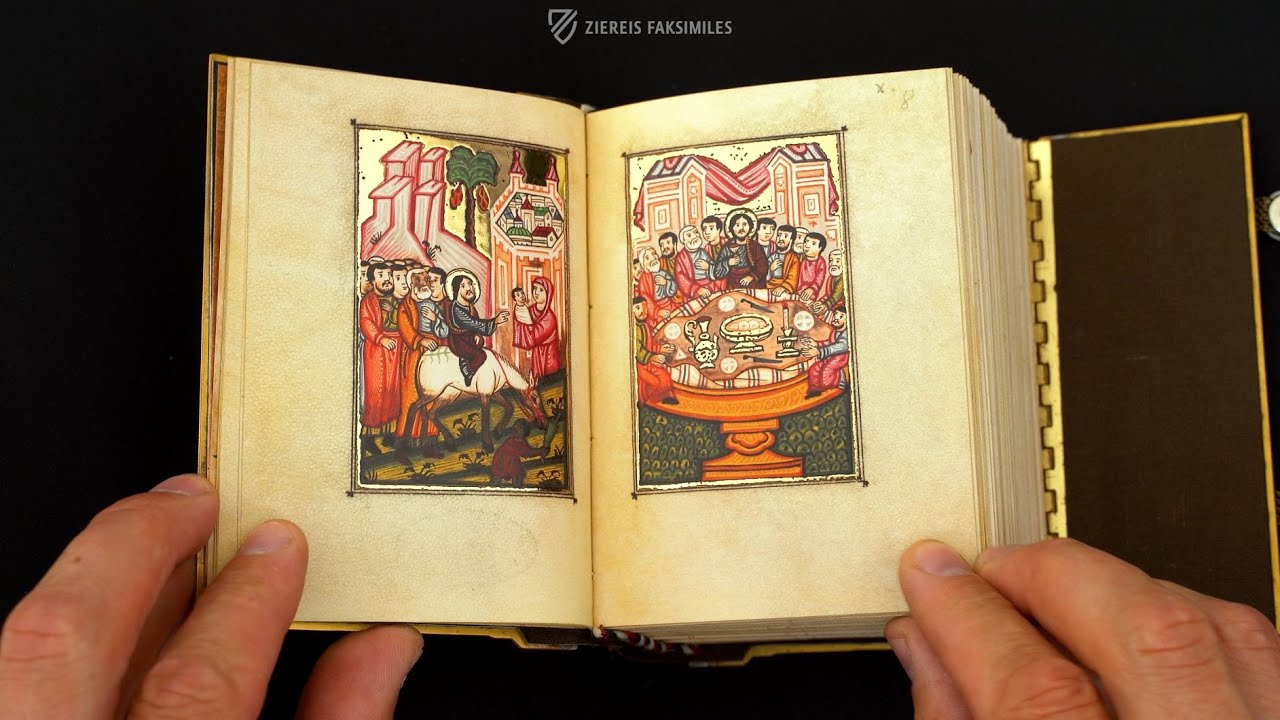 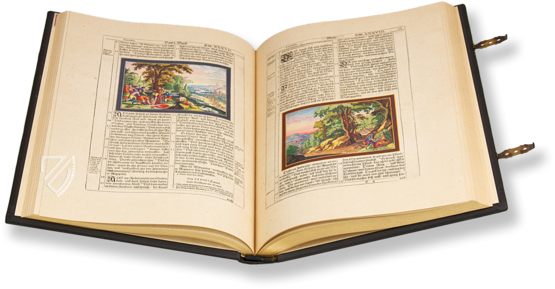 157 luminous miniatures by one of the most famous engravers of all time: the stories of the Old Testament in masterfully executed copperplate engravings by Matthaeus Merian the Elder