In the 4th century, the Kingdom of Armenia became the first to adopt Christianity as its official religion and played an important role in its history, from supporting early missionary work to being a shield of Christendom in the East and ally to the Crusader Kingdoms. This manuscript contains the most important writings of Nerses IV the Gracious, a 12th century leader of the Armenian Apostolic Church. It is richly adorned with some of the finest Armenian illumination to survive from the Middle Ages.

The Mekhitarist Monastery of Vienna is one of two monasteries in Vienna belonging to the Armenian Catholic Mekhitarist Congregation, a Benedictine order. The monastery, which is one of the largest centers of Armenian culture outside of Armenia, celebrated its bicentennial in 2011. To mark the occasion, a special manuscript from the library, Codex 543, was facsimiled. This small manuscript is one of the finest and most beautiful Armenian manuscripts ever made and dates to the 15th century. Measuring 13.5 x 8.5 cm, it comprises 240 pages and was produced in 1432 at the Armenian Monastery of St. Anthony near Caffa on the Crimean Peninsula in the Black Sea.

A Masterpiece of Armenian Illumination

The manuscript contains several writings by Nerses IV the Gracious (1102–73), the Catholicos of All Armenians – the chief bishop and spiritual leader of Armenia’s national church, the Armenian Apostolic Church. He is remembered as an important theologian, poet, writer, and composer of hymns who tried unsuccessfully to reconcile the Armenian Church with the leaders of the Eastern Orthodox Church in Constantinople. His magnum opus, a sublime elegiac poem called “Jesus, Son Only-Begotten of the Father”, is featured in the manuscript inter alia. These writings are adorned by 11 full-page miniatures, 11 miniatures inserted in the text, 24 marginal miniatures, 3 decorative pages, 3 title pages, decorative vegetal borders, and decorative initials. 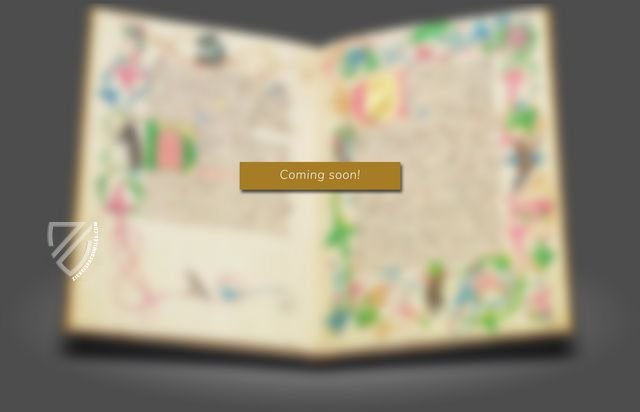 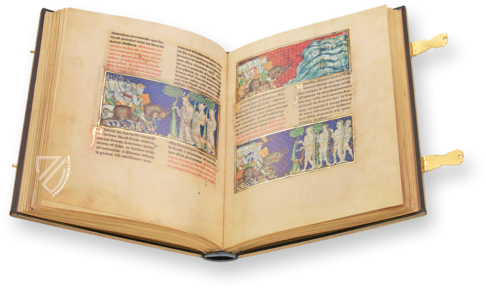 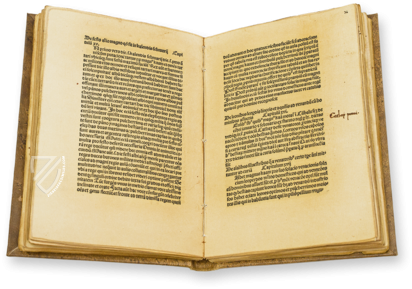