The Atlas of Borso d’Este was produced by the German humanist Nikolaus Germanicus ca. 1466. The illuminated manuscript is oriented on the scientific findings of Claudius Ptolemy and was influenced by the scientific discoveries of the Renaissance. Alongside 27 world maps, the document is embellished with additional, high-quality geographic representations.

Claudius Ptolemy was a Greek mathematician, geographer, astronomer, astrologer, musical theorist, and philosopher. His works were considered to be the most important collections of data and standard scientific references in the Middle Ages and Early Modern period. His cosmography, a geographic treatise concerning the Earth, was copied and reworked countless times. Borso d’Este, Duke of Modena and one of the most powerful Renaissance princes, commissioned a version of the cosmography ca. 1466 from a German humanist Nikolaus Germanicus. The personal work is one of the most masterful feats of the Renaissance and contains numerous gorgeous illustrations alongside 27 geographic charts.

The Italian city of Florence was the intellectual and cultural center of Europe in the 15th century. Florentine art studios completed numerous breathtaking map series, based on the findings of the Greek scholar Claudius Ptolemy and his heliocentric world view. The ancient worldview was reworked with new discoveries of contemporary expeditions. The first 27 world maps of the atlas show extensive charts, while the other representations illustrate the geography and typical lifestyles of various geographic regions. The depictions were accompanied by excerpts of Latin text.

The Atlas of Borso d’Este is one of the most important cartographical works of the Renaissance and documents the scholarly interest in the discovery of distant lands and cultures during the Middle Ages. The unbelievably richly furnished and artistically highly-valuable work is the jewel of the Biblioteca Estense in Italian Modena, one of the richest libraries in Europe. The first page of the manuscript displays an inscription to the commissioner, Borso d’Este, who compiled a huge collection of the most beautiful geographical manuscripts of the Renaissance during his reign. His world atlas gives proof of the great creativity of humanist artists and shows a perfectly executed connection between science and art in the Middle Ages. 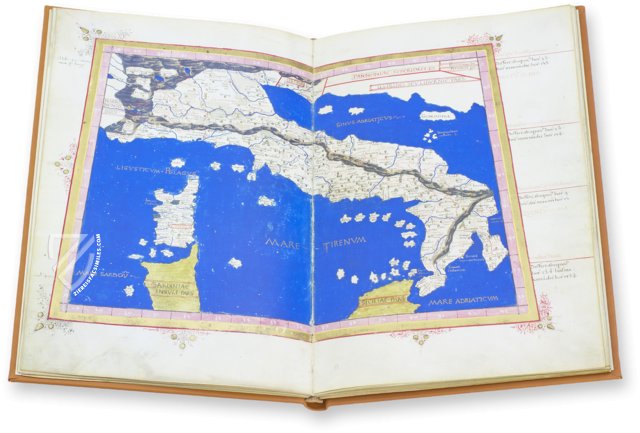 Predating Vasco de Gama’s famous voyage of to India by thirty years, this 1466 depiction of the so-called MARE INDICUM is based on the then-recently rediscovered works of Claudius Ptolemy. Despite being generally accurate, it features a prominent and famous mistake – the belief that India was an island or archipelago. This causes one to wonder whether the mountains and rivers depicted on India’s “main island” are based in reality or are merely artistic inventions. 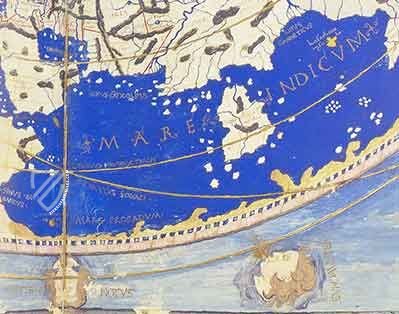 These maps are notable both for their artistic quality as well as their accuracy, despite the limitations of 15th century cartographers. They did not have the benefit of Mercator projection and did not have a reliable method for calculating the curvature of the Earth. It is for this reason that Scotland skews eastward in this otherwise surprisingly accurate depiction of the British Isles.

The course of rivers and the placement of cities, marked with gold leaf, are surprisingly accurate. The double-page map uses Roman terms, e.g. the North Sea is identified as the Oceanus Germanicus to the east and as the Oceanus Calledonius to the north, and the Netherlands is referred to as Celtogallacia, almost 1,500 years after Caesar’s subjugation of the Celts and Gauls. 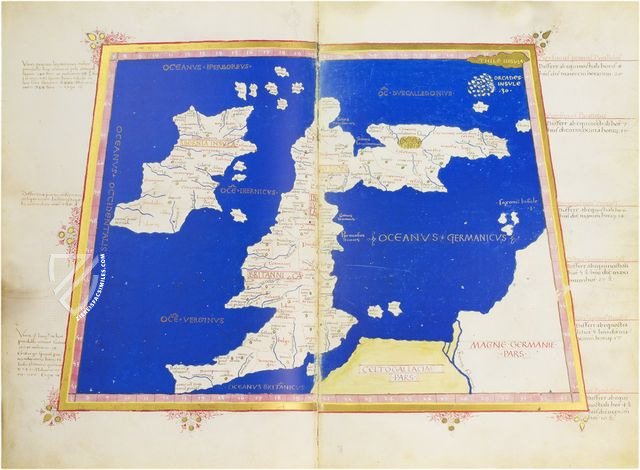 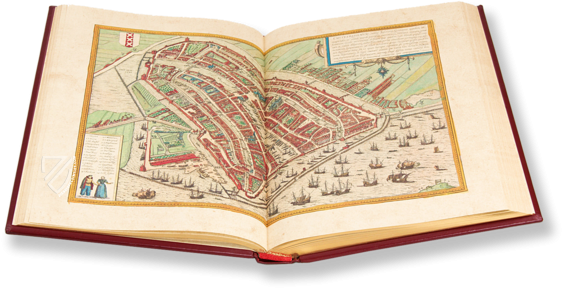 What we know about medieval cities today: 90 selected cityscapes from the compendium by Franz Hogenberg and Georg Braun