The life and culture of Mexico's indigenous population before the arrival of the Spanish Conquistadors under Hernán Cortés were more diverse and differentiated than one might think. Thus, in addition to the high culture of the Aztecs, there were many other independent cultures, such as the empire of the Mixtecs. Their territory was located between today's Mexico City and the state of Oaxaca, about 460 km southeast of Mexico City. Their artistry is evidenced not only by the ceramic products that were already sought after by neighboring peoples at the time, but also by this pre-Columbian masterpiece with a total length of an impressive 13.5 meters. It is one of the most beautiful and detailed Mixtec manuscripts, which not only depicts the worship of the gods and mythological events, but also provides information about historical Mixtec rulers and important priests in lists and family trees.

One of the most beautiful and most highly detailed Mixtec manuscripts with an undisputed historical documentation has been in the possession of the Austrian National Library in Vienna (formerly k.k. Hofmuseum) since the year 1677: Codex Vindobonensis Mexicanus 1. Contained on 52 folding pages are colorful pictograms which depict not only mythological events but moreover an entire historical background of information. In the formal structure as well as in stylistic and content aspects, the front and back section of the manuscript clearly differ from one another. The front section contains boustrophedonic vertical columns strung together pictograms which are precisely designed. With regard to content, genealogical and mythological themes (i.e. the birth of the Gods in mythological antiquity) are presented. The content of the horizontally structured back section of the manuscript deals with the description of historical facts (family tree of the Mixtecan dynasty with a dated citation). Altogether, it offers a fascinating look into the religious beliefs, historical circumstances, ritual conventions, and usages of an ancient Indian culture. 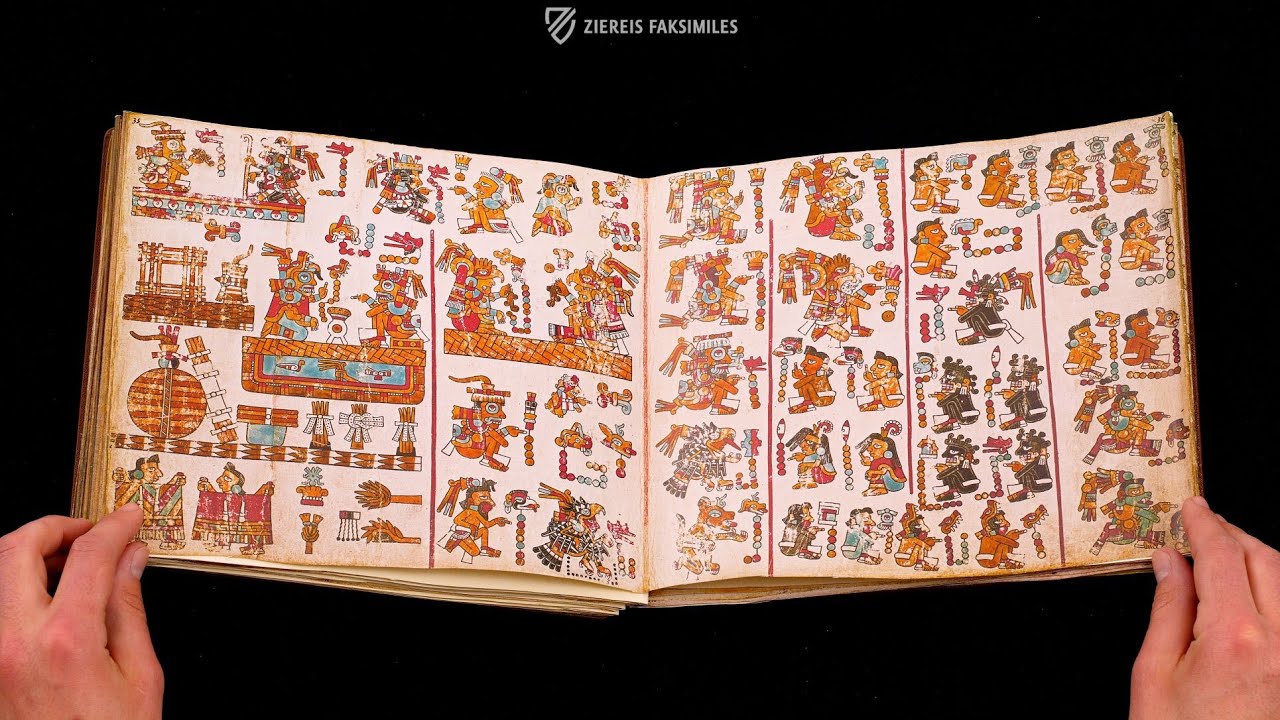 Publisher: Akademische Druck- u. Verlagsanstalt (ADEVA) – Graz, 1974
Binding: Leporello folding. Together with commentary in half leather case.
Commentary: 1 volume (44 pages) by Otto Adelhofer
Language: English
1 volume: Exact reproduction of the original document (extent, color and size) Reproduction of the entire original document as detailed as possible (scope, format, colors). The binding may not correspond to the original or current document binding.
Price Category: € (under 1,000€)
Edition available
Price: Log in here!
Order / Ask a Question
You might also be interested in:

Created in Cologne by Stephan Lochner, one of the greatest painters of his time: masterfully populated initials as a great testimony to the "Soft Style" of the International Gothic