This fine Ashkenazi Haggadah originating from ca. 1430 is distinguished not only by the refinement of its script or the beautify its miniatures, but for the unusual nature of the contents that comprise a collection of biblical and homiletic verses, prayers, poems, religious observances, and songs relating primarily to the Book of Exodus and liberation from Egyptian bondage. Although the talented scribe identified himself in the text as Israel ben Meir from Heidelberg, the artist responsible for the enigmatic and sometimes sacrilegious imagery in the manuscript remains anonymous. This includes depictions of men and women holding books together, women with uncovered heads, a hunting scene, and a depiction of the fountain of youth with naked men and women bathing. There is no parallel in medieval Jewish art for these images of unchaste interactions between the sexes and the unkosher killing of animals for sport. The manuscript is adorned by 2 full-page miniatures and 24 framed decorative initial pages, some with human and animal figures. It likely draws on a tradition going back to Rabbi Eleazar of Worms but also reflects the contemporary tastes of the Christian nobility. The wealthy patron of this manuscript doubtless wanted secular texts and themes incorporated into the nominally religious manuscript. 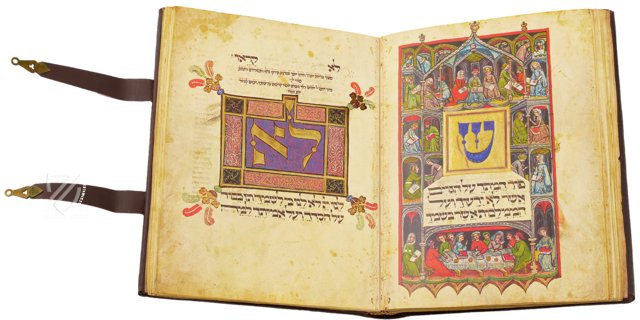 The Fountain of Youth

This miniature shows men and women bathing in the fountain of youth, which was a popular artistic and philosophical theme in the Late Middle Ages among the secular nobility. It appears at the end of the manuscript along with a hunting scene that is equally out of place in a Haggadah (hunted meat is not kosher). A man with a crutch is shown entering a gate on the right seeking the healing waters, which are fed by two spouts in the form of animal heads, while people disrobe next to the Gothic fountain. 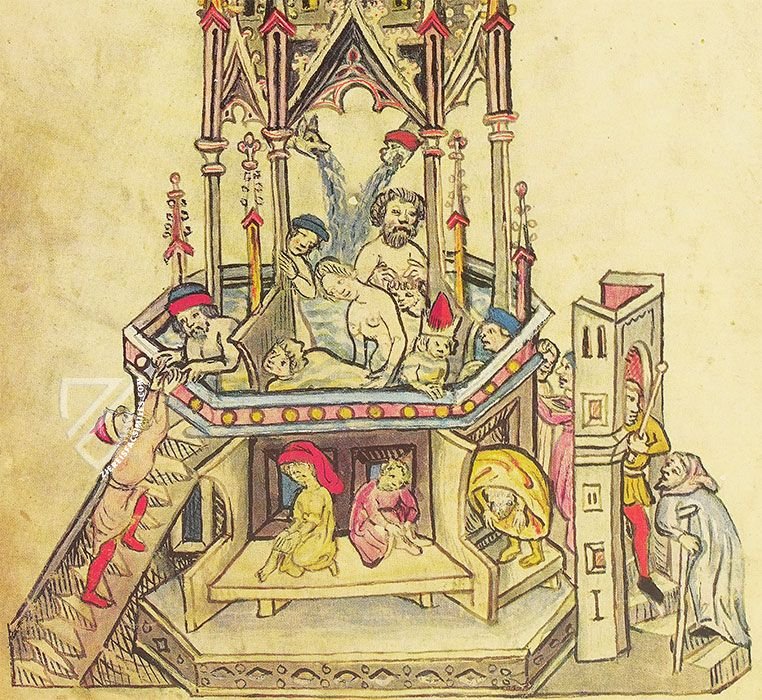 Men and Women Studying the Talmud Together

An artfully designed Gothic architecture with gargoyles surrounding a golden initial with a solid black background is populated by various elegantly dressed ladies and gentlemen. It consists of a series of rooms, some with vaulted ceilings, wherein people study the Talmud either alone or in pairs including a man and woman in the upper left corner who share a book and discuss it.

Above the initial, a man is shown flanked by two women with whom he is debating while below the opposite is true: a woman is shown flanked by two men, one with a green “Jewish cap” and the other with a fashionable black chaperon. To the right, a man holds his codex above his head with both arms and his head is tilted back, apparently frustrated by his debate with the woman across from him. 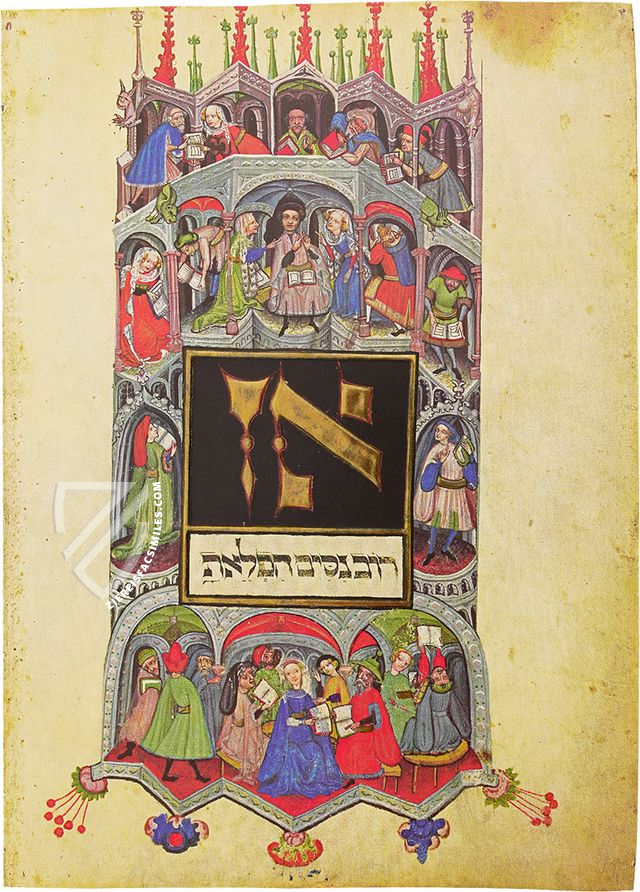 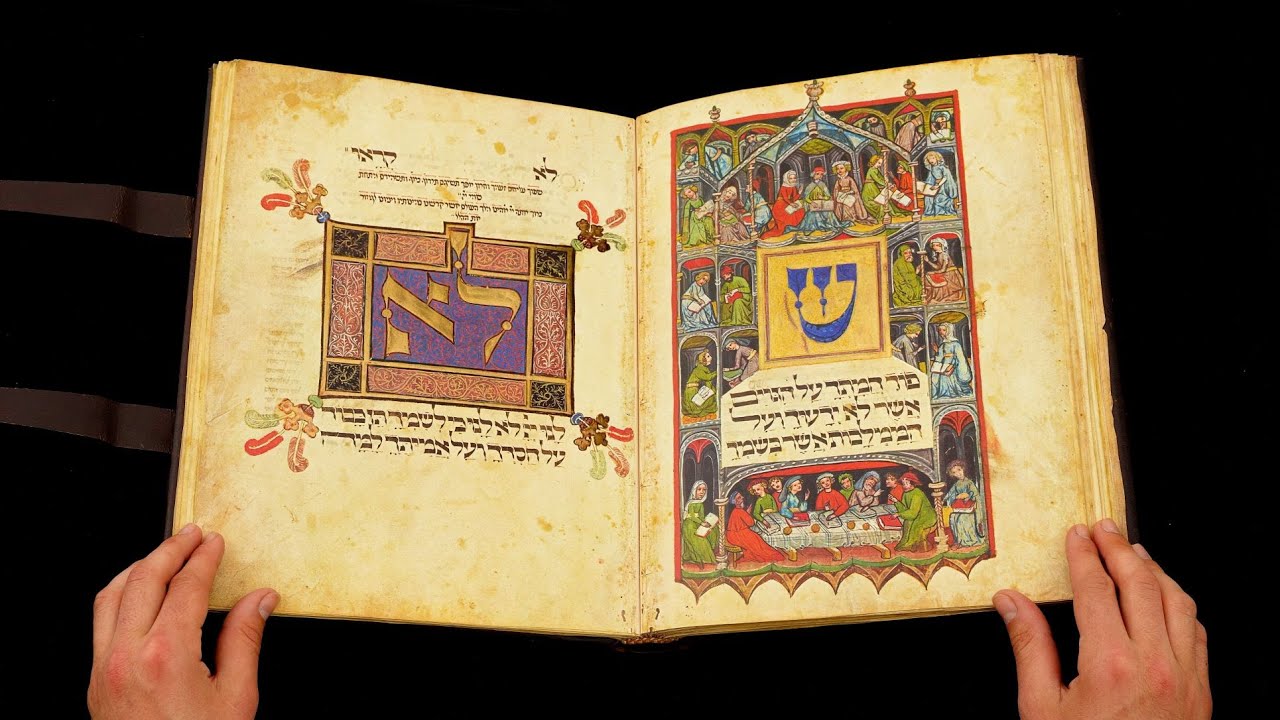