For 15th century Europeans, the world consisted of the three continents of Europe, Africa, and Asia, all of which were surrounded by the ocean. One such world map with the city of Jerusalem as its center was drafted by the geographer and cartographer Giovanni Leardo in the year 1442. He created four of these maps altogether, using the reports of travelers and scientific discoveries, of which only three survive. The maps additionally contain a letter from Preseter John to the Byzantine Emperor Manuel I Komnenos, which appeared in 1165 and described a land of wonder that was supposed to be as rich and extraordinary as the earthly paradise. Inspired by these fantastic descriptions, many explorers went in search of this Asian country. However, it is known today that the letter is a forgery whose actual author remains anonymous.

The world map by Giovanni Leardo with the letter of Prester John to the Byzantine Emperor Manuel I Komnenos represents an interesting combination of two documents. The world map by the 15th century cartographer and geographer Giovanni Leardo is one of three existing maps known to be signed by him. They show the world as it was known then with the three continents of Europe, Africa, and Asia with the city of Jerusalem as the center. In the letter, which surfaced in 1165, the mystical medieval regent describes the land he rules as an earthly paradise.

When Giovanni Leardo designed his world map in 1442, which he derived from the reports of travelers and scientific discoveries, he knew only the three continents of Europe, Africa, and Asia. Thus, the East-oriented map of the world, as was typical in medieval cartography, shows the continents that were known to Europeans. The city of Jerusalem appears centrally as the epicenter of the world due to its religious significance. Furthermore, all the lands are surrounded by the ocean, whereby the forms of the Mediterranean and Western Europe are drawn with surprising accuracy. This information was probably based on the navigational charts of the time.

The Search for the Earthly Paradise

Supposedly, the letter to the Byzantine Emperor Emanuel I Komnenos, which surfaced in 1165, originated from Prester John himself. Today it is known that it is a forgery whose actual author is anonymous. In the letter, he describes a land of wonder ruled by the Christian King John, which is supposed to be as rich and extraordinary as the earthly paradise. The fascinating document was quickly, translated into several languages and enjoyed great popularity. The fascinating descriptions of the animals and materials, which were supposed to exist in the land, led to many taking up the search for it and resulted in numerous late-medieval geographic discoveries. 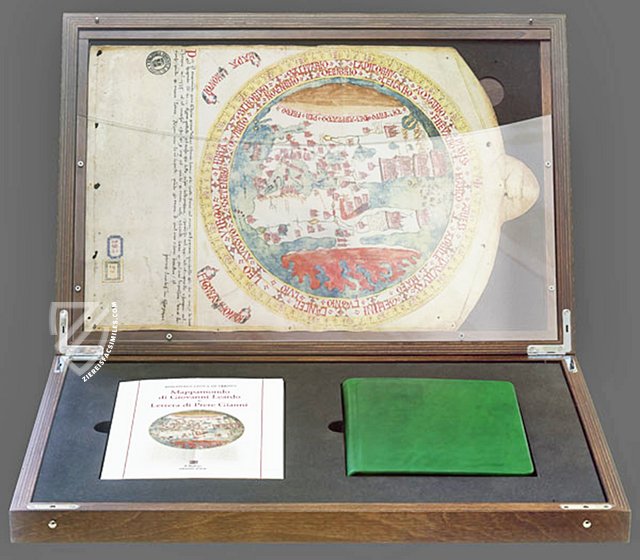 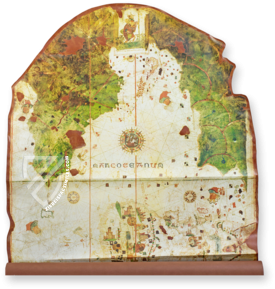