The Il Fior di Virtù codex and the accompanying Waldseemüller Map combine two of the most important works of the European Gothic and Renaissance. The Il Fior di Virtù goes back to a text from the 13th century and was reworked between 1470 and 1480 by gifted scribes from Florence. The famous map by Martin Waldseemüller, on which the term “America” was first recorded, was added ca. 1507.

The work Il Fior di Virtù is a collection of dictums about virtues and vices with examples and parables from antique and medieval literature. The work, which is attributed to various authors, goes back to the 13th century in its original form. In the exciting new edition of the historical manuscript, the medieval text is combined with the famous atlas by Martin Waldseemüller. Two literary and geographic masterworks were combined here in one outstanding codex.

The flowers of virtue, called Il Fior di Virtù in the original Italian, is a collection of texts for moral edification and meditation, which was written between 1310 and 1325. Each chapter of the work concerns itself with a virtue or a vice that is elucidated through philosophical opinions and important Bible verses. A few of the most gifted Italian writers of the Middle Ages are said to have taken part in the work, among them Cherubinus de Spoleto, Tommaso Gozzadino, Tommaso Leoni, Francesco Sachetti, and Giovanni Antonio Traversagni. The widely-read manuscript was translated into numerous European languages and today is an important part of the literary history of the Middle Ages.

Martin Waldseemüller was a German cartographer during the Renaissance. He constructed the first world map whereon the land masses to the west were named “America” after Amerigo Vespucci. Waldseemüller was a true pioneer in the field of cartography. The significance of his famous for the scholarship and world view of that time was enormous. At first met with disapproval in conservative circles, it was soon adopted by scholars and similarly minded people. It was the benchmark that every other cartographer had to measure up to. The high-quality map is furnished with gorgeous colors and thrilling embellishments in the present codex. 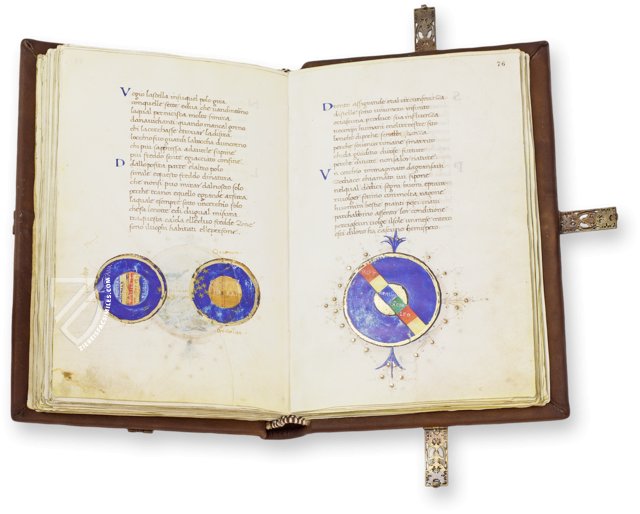 Much like the beloved British cartoon character Winnie-the-Pooh, real-life bears also have a sweet tooth for honey. They are omnivores that actually consume more plant than animal matter and as such, their diet includes berries, leaves, roots, and insects in addition to meat and fish. This miniature shows a bear paying the price for its raid on a beehive as it is swarmed by the angry defenders who have worked so hard to collect the pollen and create the liquid gold. 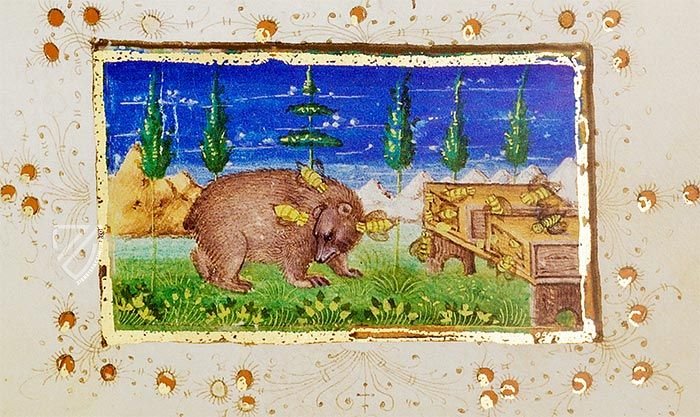 In addition to the beautifully illuminated moralizing text, this manuscript is remarkable due to the addition of a copy of the famous Waldseemüller Map from ca. 1507, which is famous for being the first to identify the New World as “America” and also depicted it as a continent entirely separated from Asia.

Martin Waldseemüller (ca. 1470–1520) was a German cartographer and humanist scholar who modified Ptolemy's second projection, expanding it to accommodate the Americas and the higher latitudes. Curved meridians aid in the depiction of the entire surface of the Earth. In the upper-mid part of the main map there is inset another, miniature world map representing to some extent an alternative view of the world. 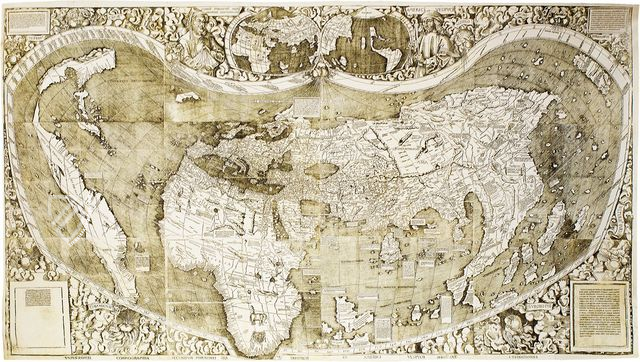 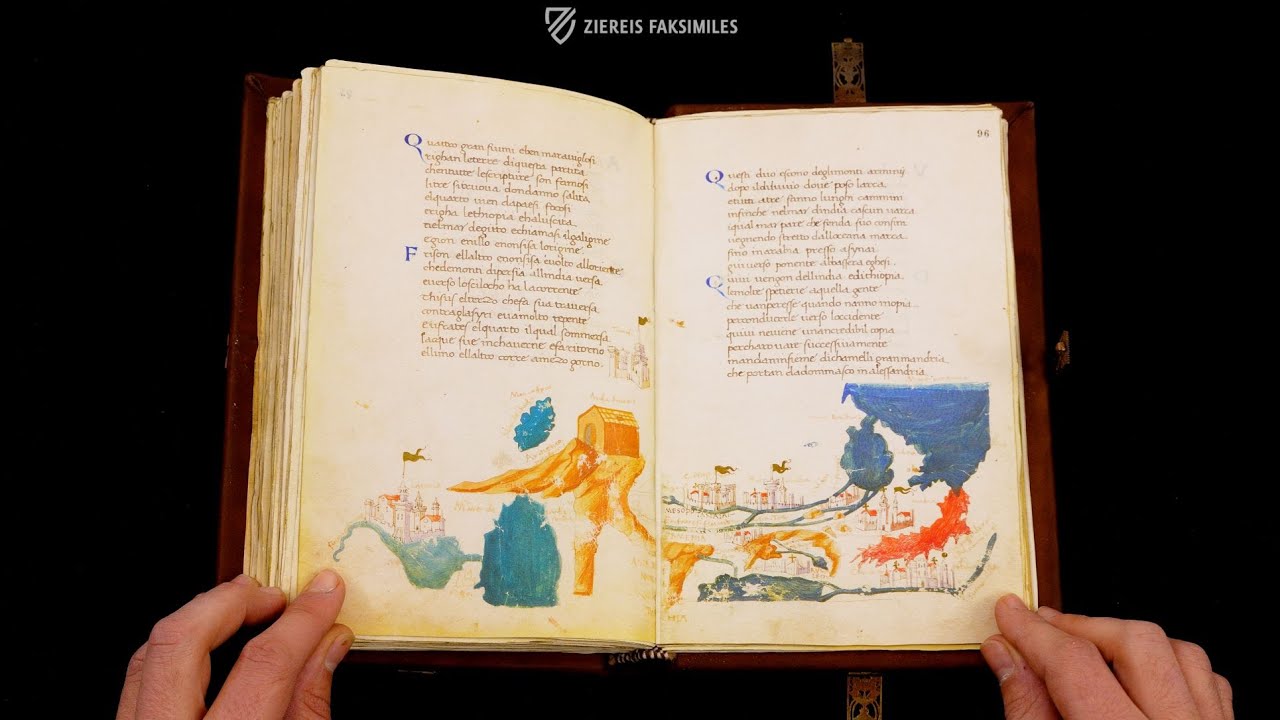 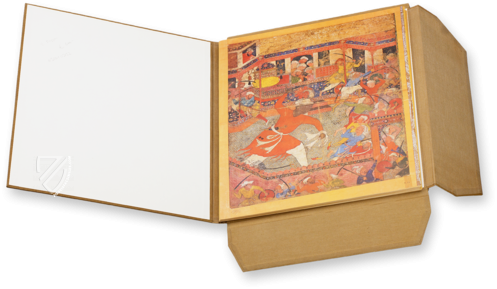