A rare work of the 20th century presents the most sublime poetic composition by Dante Alighieri (1265-1321): his youthful work La Vita Nuova. In it he sings for the first time of his all-consuming love for Beatrice, whom he adored for the rest of his life. Like a minstrel, he puts his intense feelings of love into the form of sonnets and canzonas. In 1921, on the occasion of the 600th anniversary of Dante's death, this volume was created and illustrated with the works of three graphic and illustrative geniuses: Vittorio Grassi created 40 extraordinary watercolors, Enrico Brignoli calligraphed the entire text by hand, and Nestor Leoni decorated each page separately. A rare work that meets the highest standards of quality and aesthetics.

If the Divine Comedy represents the most complicated voluminous and famous of Dante’s works, La Vita Nuova is his most sublime poetic composition. The story of his love for Beatrice starting from their first encounter when she was only nine years old is described by Dante in pure Stilnovo and offers a poetic autobiography documenting young Dante’s adhesion to the ideals and spiritual evolution of the Stilnovo. In the past, La Vita Nuova has inspired many writers and artists, even if only one illustrated, full-color edition has been produced in the six centuries since its creation. In 1921, year of the sixth-centennial of Dante Alighieri’s death, three artists worked together to create what we can consider today to be a real and perhaps unique illuminated manuscript of the 20th century – La Vita Nuova – illustrated with forty original watercolors by Vittorio Grassi, entirely hand written by the calligrapher Enrico Brignoli, and decorated on every page by Nestore Leoni’s decorations.

First published in 1294, the work belongs to the medieval genre of courtly love and combines prose with verse making it a so-called prosimetrum and consists of a collection of works written ca. 1283–93. Divided into 42 chapters, the work contains 25 sonnets, a ballata, and four canzoni (one incomplete). Together, they form a frame story recounting Dante’s love for Beatrice from the moment he first saw her to his mourning of her death. Each composition is accompanied by a two-part commentary that give further insight into the mind of the heartbroken author. The semi-autobiographical work is an example of the movement known as Dolce Stil Novo or the “sweet new style”, which is focused on Divine Love and characterized by an adoration for the human form focused on female beauty and often describes a woman as an “angel” or a “bridge to God”. The Dolce Stil Novo is distinguished for being Italy’s first true literary tradition and was important for the development and spread of Tuscan vernacular as the national language of Italy. 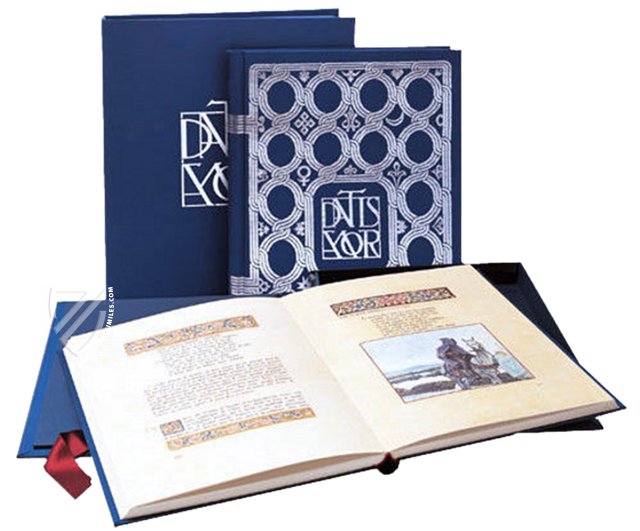