The first printed specimen of Spanish literature originated in Valencia in 1474, the Obres o trobes en laors de la Verge Maria. It is the result of a poetry contest called by Lluís Despuig (ca. 1410–1482), and the forty-five poems contained in the codex are all in praise of the Virgin Mary. The volume is one of the oldest Spanish incunabula, books printed before 1501, as well as being a splendid artifact of Valencian culture at a time when the city was one of the most important commercial centers of the Mediterranean world and the prize possession of the Crown of Aragon.

This book is of singular importance for Spanish literary history, it is the first work of Spanish literature to be printed on the Iberian Peninsula. The Obres o trobes en laors de la Verge Maria originated on March 25th, 1474 from the Valencian printing house of Lambert Palmart (b. 1440). Palmart was born in Cologne and like many German printers, he went abroad where his skills were in high demand. As such, it is also one of the oldest Spanish incunabula, printed books originating from before 1501. At the time of its publication, Valencia was among the first tier of Mediterranean mercantile cities along with Marseille, Naples, and Genoa. As such, it was the Crown of Aragon’s most important commercial center, attracting some of Spain’s first publishers. Aside from being a literary milestone, the work has a fascinating genesis story that gives us a glimpse of the dynamism and Renaissance spirit of this Spanish port city.

The Prize of a Poetry Contest

Through his service to the Crown of Aragon as a soldier, advisor, and diplomat, the minor Valencian nobleman Lluís Despuig (ca. 1410–1482) rose to become the Master of the Order of Montesa and the Lieutenant General of the Kingdom of Valencia, essentially ruling it in place of the King. He is also supposed to have overseen a poetry contest, specifically poems praising the Virgin Mary. The 1474 competition was organized by the priest and poet Bernat Fenollar (1438–1516), one of the most prominent members of literary circles in the city. Aside from their subject, the poems were also required to consist of five stanzas with a dedication and a refrain, but the contestants had freedom with respect to language and style. Interestingly, the contestants are referred to as troubadours because they wrote in vernacular and poets, according to the contemporary definition, wrote in Latin. The codex consists of forty-five poems selected from this contest: forty in Valencian, four in Spanish, one in Italian, and a Latin prologue – all printed in an elegant and easily legible humanist script. Today, the literary milestone is the proud possession of the University of Valencia. 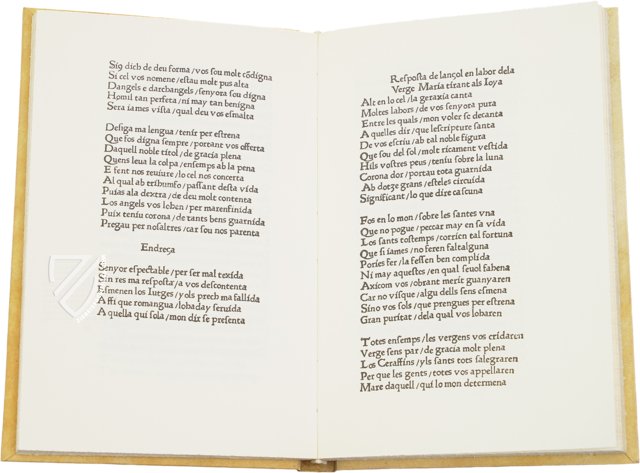 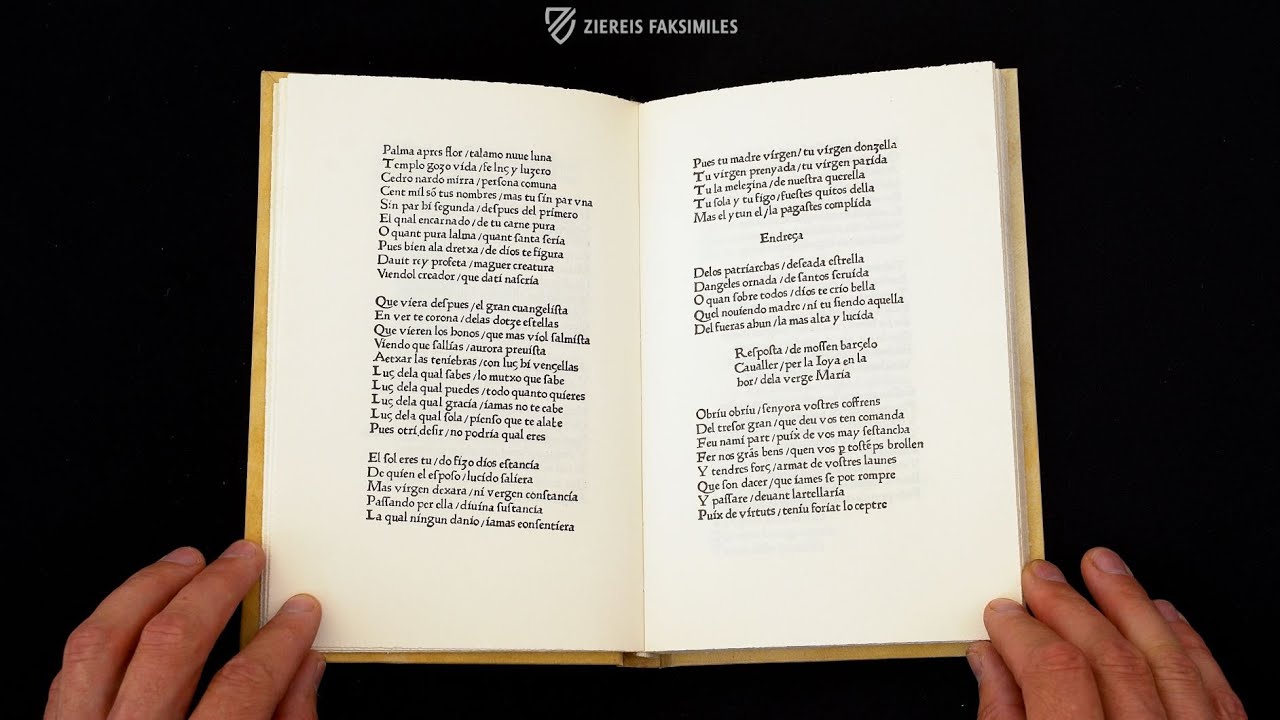 Publisher: Vicent Garcia Editores – Valencia, 1979
Limited Edition: 3000 copies
Binding: The facsimile edition comes in a cloth-lined presentation case with gold engraved leather spine.
Commentary: 1 volume
Language: Spanish
1 volume: Exact reproduction of the original document (extent, color and size) Reproduction of the entire original document as detailed as possible (scope, format, colors). The binding may not correspond to the original or current document binding. The facsimile edition was made of special paper with original watermarks.
Price Category: € (under 1,000€)
Edition available
Price: Log in here!
Order / Ask a Question
You might also be interested in: 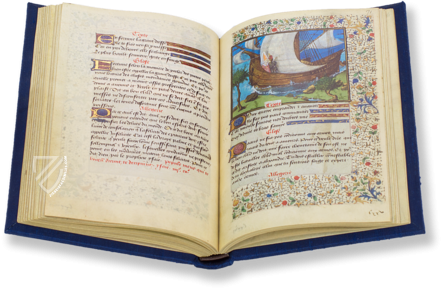