A spectacular collection of love poems in Italian by the famous humanist author Petrarch with a rich history of ownership lies behind this shelf mark of the Biblioteca Apostolica Vaticana: Vat. Lat. 3195. Its creation can be precisely dated between 1366 and 1374, the manuscript was partially completed by the hand of Petrarch himself, after his scribe, Donato Albanzani, had abandoned the project. This historical codex passed through the hands of various scholars and bibliophiles over the next centuries before finally being acquired by the Vatican in 1600. It is believed that the manuscript was not originally bound as a codex but was passed down as a set of unbound folios among Petrarch’s personal library that was bequeathed to his heirs.

Commonly known as Il Canzoniere but originally titled the Rerum vulgarium fragmenta or “Fragments of Common Things”, this collection of love poems written over the course of forty years is one of the most popular vernacular works written by the famous Petrarch (1304-74). Petrarch famously gave up the priesthood on April 6th, 1327 after falling in love at first sight with a woman – a certain “Laura” – in the church of Sainte-Claire d'Avignon and was thus inspired to create this epic collection of poems. The Vat. Lat. 3195 is a codex partly copied by Giovanni Malpaghini (ca. 1346-1417), who was responsible for ff.1r-38v and 53r-62r, and partly written by the hand Petrarch himself, which includes ff.38v-49r and 62r-72v. The eventful ownership history of the codex is a clear indication of its literary and historical worth.

A Work in Two Stages

Containing his Canzoniere, the manuscript was written between 1366 and 1374, except for a brief pause between 1367 and 1368, linked to the passage of hands between the two scribes. Malpaghini, in fact, worked on the copy of the text from 1366 to 21 April 1367, a date obtainable from a letter from the copyist to Donato Albanzani in which Malpaghini informs Petrarch of decision not to work for him anymore. However, Petrarch continued the work from 1368 to 1374, the year of his death. The text is adorned by two large golden initials.

The Fate of the Work

There is plenty of data that allow us to reconstruct the history of the manuscript after the author's death. The codex did not have the fate of the other books in Petrarch’s library but became, probably still in the form of loose papers, part of the poet's personal inheritance that went to his heirs, who became related to the Santasofia family. A 1472 copy of the codex was used by Pietro Bembo (1470-1547) for his personal edition, the current Vat. Lat. 3197. When Bembo had the opportunity in 1544, he bought this manuscript, which then passed on to his son Tommaso and subsequently to Fulvio Orsini (1529-1600) before it entered the Vatican’s collections in 1600. 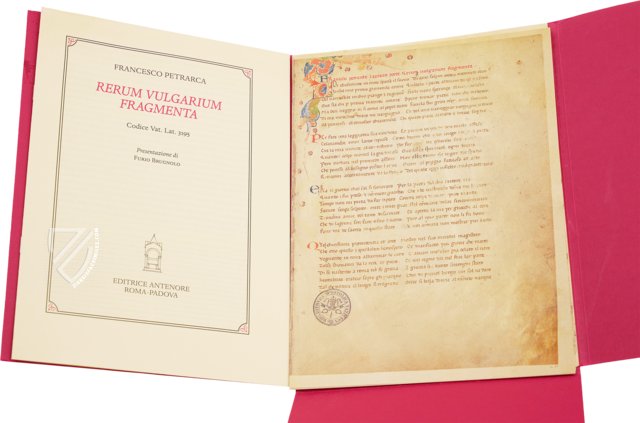 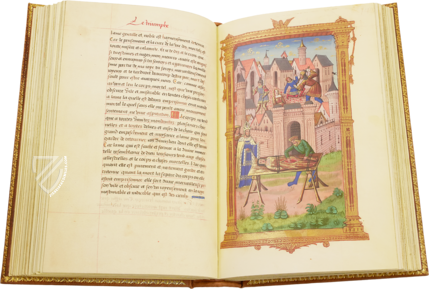 The triumphs of love, chastity, glory, time, death, and eternity adorned with 86 impressive miniatures from Rouen: one of the most popular works of the early Renaissance in a magnificently illuminated ornate manuscript 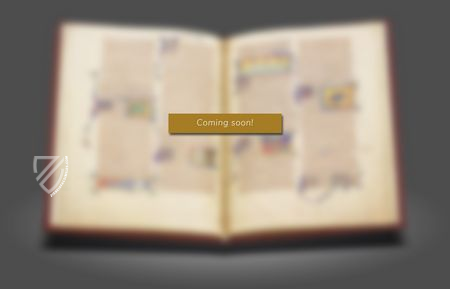 The Canzoniere, the Trionfi, and the Rime estravanti: the three most famous works of Petrarch combined in the most extensive Petrarch manuscript of the Italian Renaissance