One of the most beautiful illuminated manuscripts of the French High Gothic style was made in France between 1285 and 1297. It is the missal, which was the basis for the celebration of the mass in the parish of St. Nacasio. The gorgeous missal is richly illustrated with exceptionally designed, full-page miniatures in splendid colors and furnished with precious gold leaf.

One of the most beautiful and splendid missals, which was created in the Middle Ages, can be found today in the Russian National Library in St. Petersburg. It is a missal that was made between 1285 and 1297 in France. The liturgical work contains prayer texts for reading during the joint mass and served as a calendar for the feasts and holidays of the liturgical year. It is adorned with over 100 full-page miniatures in luminously intense colors and with the employment of noble gold leaf. The precious, meticulously-written illuminated prayer book counts among the absolute highpoints of Western European illumination at the end of the 13th century.

A missal is a liturgical work that describes the course of the holy mass for the celebration of the Eucharist on Sundays, feast days, and workdays. It contains prayers for the various church festivities, which would be sung or spoken by priests as well as the texts typical to any church service, such as the Kyrie eleison, the Gloria, and the Lord’s Prayer. The Missale Remense was made for the Church of St. Nacasio in Rheims. Here it was used and carefully handled over many years and could be read exclusively by priests of the church.

A Masterpiece of French Gothic

The splendid visual adornment of the missal is a unique example of the outstanding illumination of the French High Gothic style. Elegant, elongated figures with slim limbs and sublime facial features illustrate the ceremonial prayer texts of the manuscript. Differentiated color gradations as well as accents of precious gold leaf causes the miniature pages to shine. The calligraphic script of the codex was completed as painstakingly and splendidly as the images. Luminous, rich red and golden ornaments furnishing the historiated initials introduce the texts of the respective liturgical activities and as such, important passages are written in various color schemes. 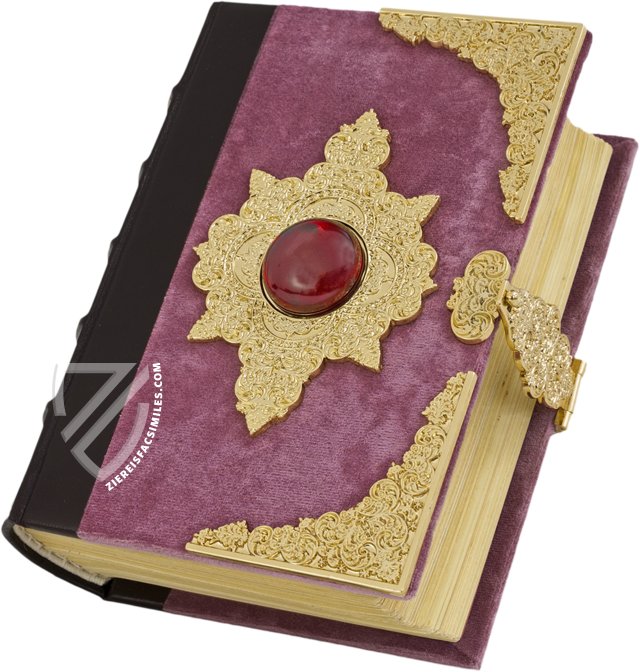 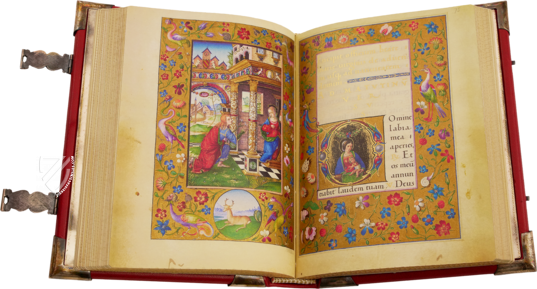 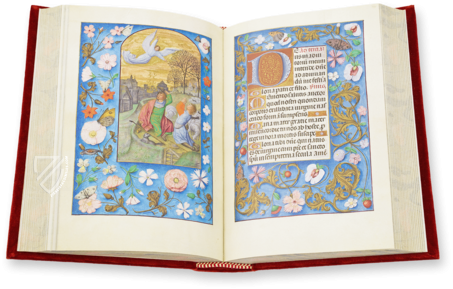 Created for Isabella I, Queen of Spain: a masterpiece by Alexander Bening, Gerard David, and other great names from the Ghent-Bruges School