This magnificently illuminated manuscript was created ca. 1480–90 at the behest of a member of the French royal family, probably King Charles VIII of France himself. It appears to have been originally commissioned as a royal gift to Cardinal Guillaume d'Estouteville, who was a French aristocrat of royal blood. The text is adorned by 10 large miniatures, 25 small miniatures, and hundreds of decorative initials both large and small as well as elegant geometric frames with floral patterns and fleurs-de-lys, the royal symbol of France. Regarded as one of the most extensively illuminated manuscripts of the Late Middle Ages, it is believed to be the work of Jacques de Besançon, a master illuminator active in Paris ca. 1475–95/1500. The white leather binding is embossed with gold and has a golden badge on the front cover with the coat of arms of the House of Valois. 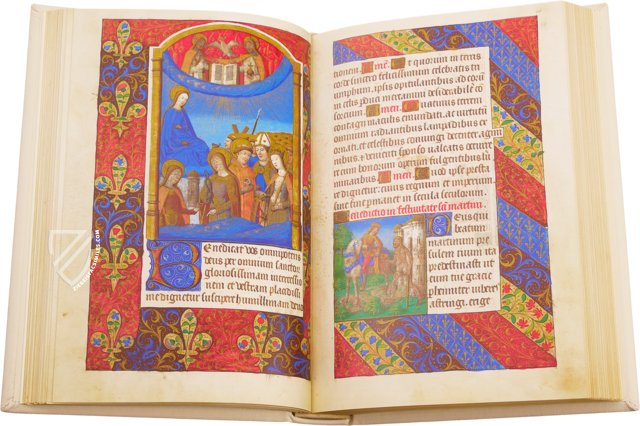 Depictions of St. Michael as an angelic warrior are among the oldest in Christian art and originate from the reign of Emperor Constantine in the early 4th century. Often depicted wearing armor in the style of an officer in the Byzantine army, even in the West, this is a late medieval example depicting him in contemporary armor. The cuisses, greaves, and poleyns protecting his legs are especially detailed and realistic. Michael also holds a shield with the fleur-de-lys of the French royal coat of arms. 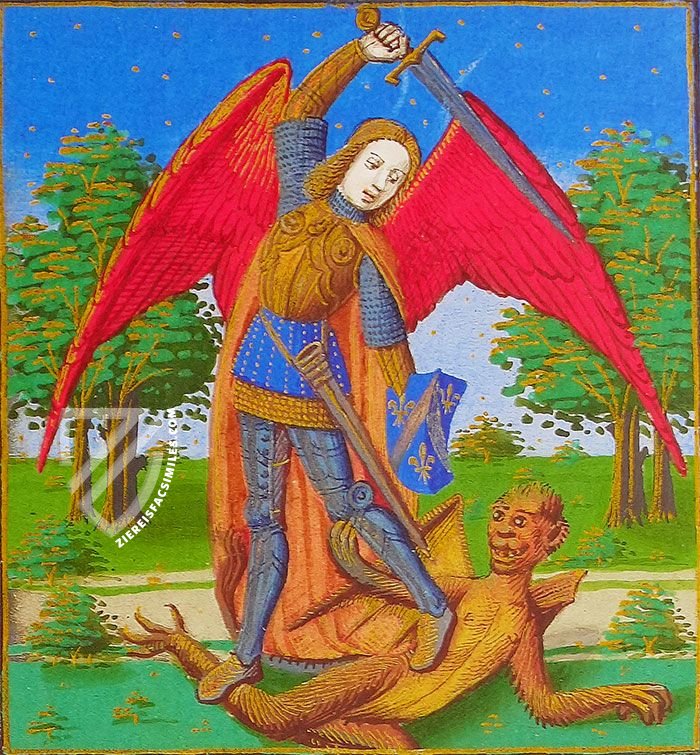 The Resurrection of Jesus

Bearing the wounds of the Crucifixion, holding a cross-staff, and adorned by a cruciform halo, Jesus emerges from his tomb, which is depicted as a stone sarcophagus. The angel of the Lord, who according to the Gospels rolled back the stone and will inform Jesus’ followers that he is arisen and to seek him in Galilee, is depicted sitting on the open lid with bright red skin and clothed in gleaming white robes.

The frightened soldiers who had been guarding the tomb are armed and armored in the manner of late medieval heavy infantry, which were typically mercenaries who were widely despised for their ruthless and greedy behavior. A wonderful frame surrounds the scene with fleur-de-lys, acanthus leaves, berries, roses, and other flowers. 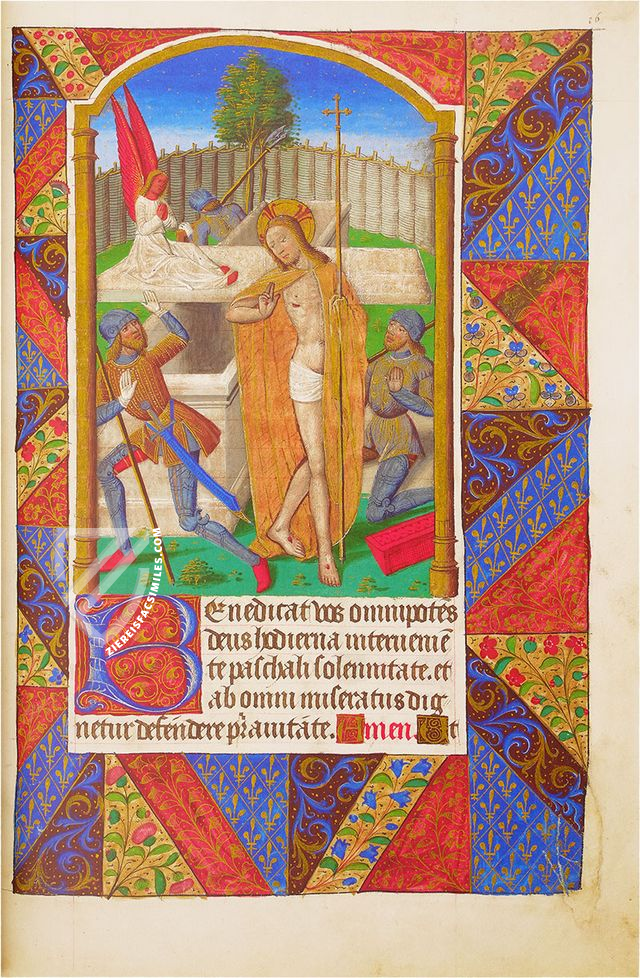 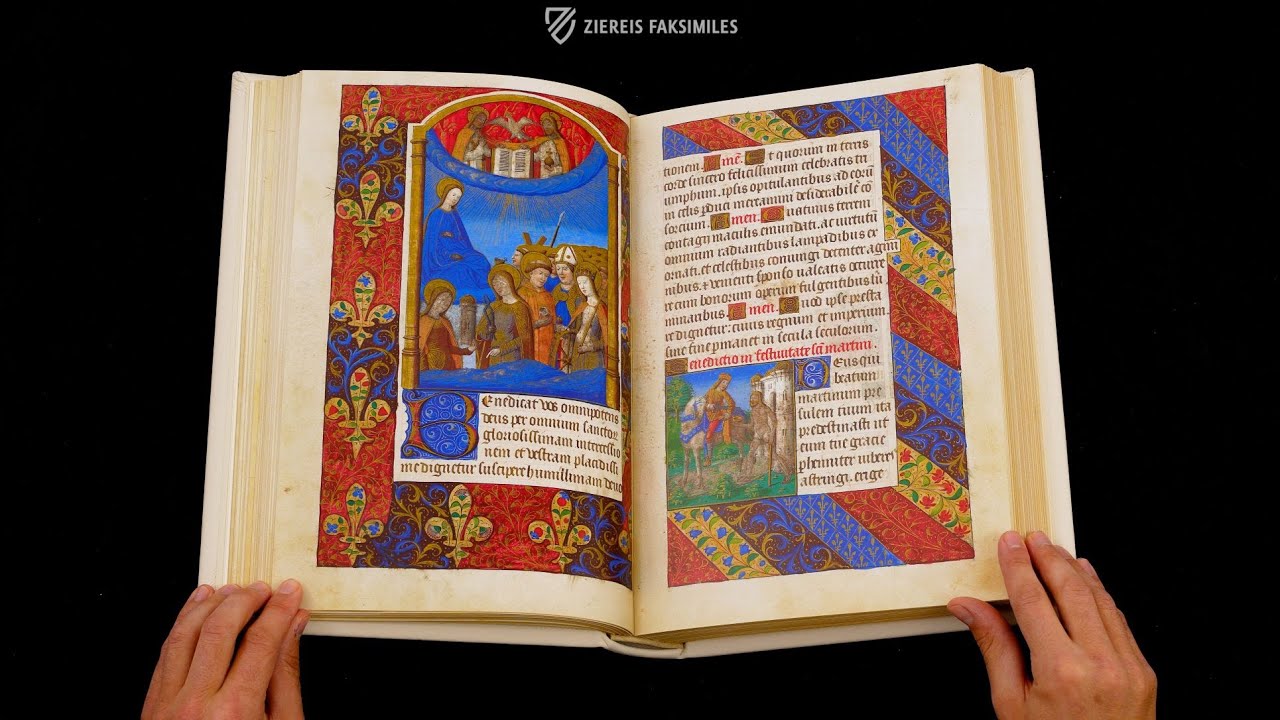