John II, Count Palatine of Simmern (1492–1557) was a powerful lord who was also an enthusiastic patron of the arts, including sculptures, who also allowed for the establishment of printing in Simmern. Nonetheless, he commissioned one of the last truly masterful illuminated manuscripts as a gift for his youngest son, which was created ca. 1532/33. Primarily focused on the biblical story of David and Bathsheba, the text follows the King of the Israelites as he falls into sin before redeeming himself through penitence. It is adorned by 9 large miniatures, some of them taking up a full page, as well as 19 artful initials, including one historiated initial. The Old Testament story is set in the Renaissance with figures fashionably dressed in the style of 16th century and scenes set in contemporary architecture. Albrecht Glockendon, part of a dynasty of artists in Nuremberg, designed and illuminated this magnificent manuscript.

The prayer book of John II, Count Palatine of Simmern (1492–1557) offers one of the last examples of the high point of manuscript art before the emergence of the printing press. It originates from the hand of Albrecht Glockendon, who was a Nuremberg based miniaturist and book producer from a well know artistic family. The impressive miniatures primarily tell the Old Testament story of the sins and penitence of David.

On 26 splendidly designed pages the small private prayer books contain 9 whole-page miniatures, which contain prayers and penitent psalms. The content of the illustrations depict medieval examples of the familiar story of David and Bathsheba from the Old Testament. It is explained how deep David sank in sin and guilt, and then was regain his high esteem with the Lord through penitence. This story was chosen because it demonstrates in depth to the reader the exact manner in which one should pray. This unbelievably enthralling story is embedded within the greater background of contemporary everyday life of the 16th century, which provides for many exciting discoveries. Of particular note is the depiction of the characteristically Renaissance-era colorful fashion, which is dominated by light colors in many of the scenes. For example, the scene of Bathsheba in a bath is strongly decorated with orange and features a lady of the court dressed with a feather cap. Even the depictions of architecture, which are often confined to the background, are inspirational. Next to these miniatures, the individual text pages of the Prayers of Repentance are of the highest artistic quality, which are sometimes expressed with the help of gold ink. Alongside the main illustrations, all of the ornamental leafy tendrils are also painted in the brightest of colors.

The Popular Count Palatine and Lover of Art

John II, Count Palatine was not only the patron of this prayer book, but also was successful and influential as Count Palatine, maintaining excellent relations with his liege, the Emperor Charles V, as well as his contemporaries, who held him in especially high regard. With an advanced and open-minded spirit, he became well known for his status as an art collector and patron. As such, he sought out Albrecht Glockendon to craft this illuminated book as a gift for his youngest son.

The name Glockendon is widely known to many as a titan of the Early Modern artistic metropolis that was Nuremburg. Since Georg Glockendon the Eldest (d. 1514) settled down in Nuremberg in 1484, he and his sons and later descendants became an integral part of the artistic landscape of the city. The artist responsible for this prayer book, Albrecht Glockendon is a grandson of this very famous Georg Glockendon. His career came shortly before the invention of the printing press, which would become a catastrophe for the medieval book industry. Nonetheless, this book was the absolute favorite of the Count Palatine and is the best proof that, even in the 16th century, there were still great artists producing true manuscript masterpieces. 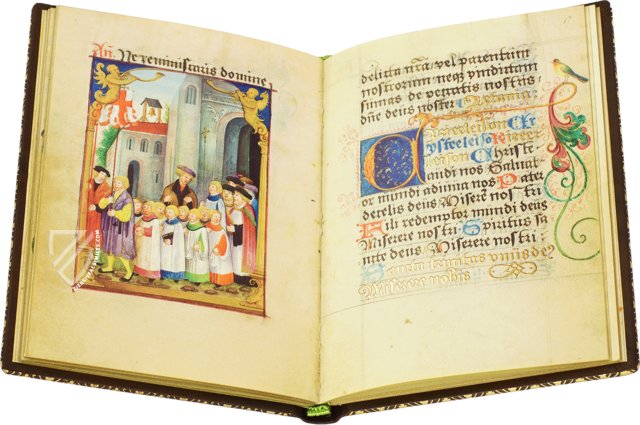 The Repentance of King David

This miniature by Albrecht Glockendon presents the aftermath and punishment for David’s seduction of Bathsheba, which resulted in him arranging the death of her husband. It also presents a typical interior scene depicting a prosperous home in the Late Middle Ages. David is slumped over the table, resting his head on his fist as his crown sits uselessly on the table, and looking at the dog curled up on the floor. His wife and deceased child are pictured in the doorway in the background. 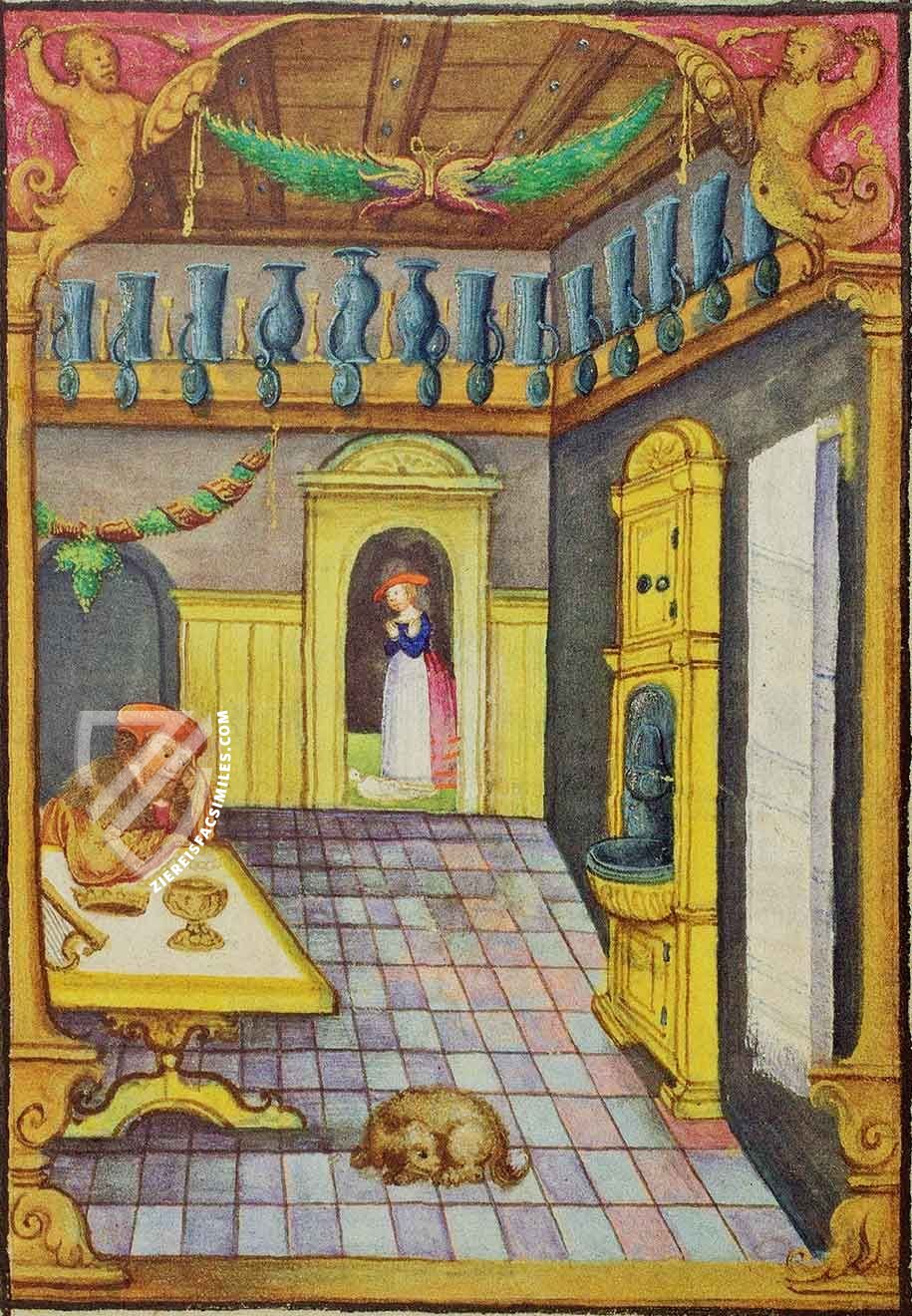 After seducing and impregnating Bathsheba, King David ordered her husband Uriah the Hittite, one of his elite warriors, to return from battle to rest and spend time with his wife to make him think that the child was his. Uriah chose to stay with the palace soldiery instead, claiming a code of honor with his fellow warriors still in battle, pictured in the background.

With his initial plan confounded, David, pictured left with a gold chain and fur cloak, hands to Uriah, dressed in late-medieval plate armor, his own death sentence. Specifically, an order to his commander Joab to place Uriah in the front lines and allow him to be separated from the other soldiers. This dastardly deed is presented in the splendor of the French Renaissance. 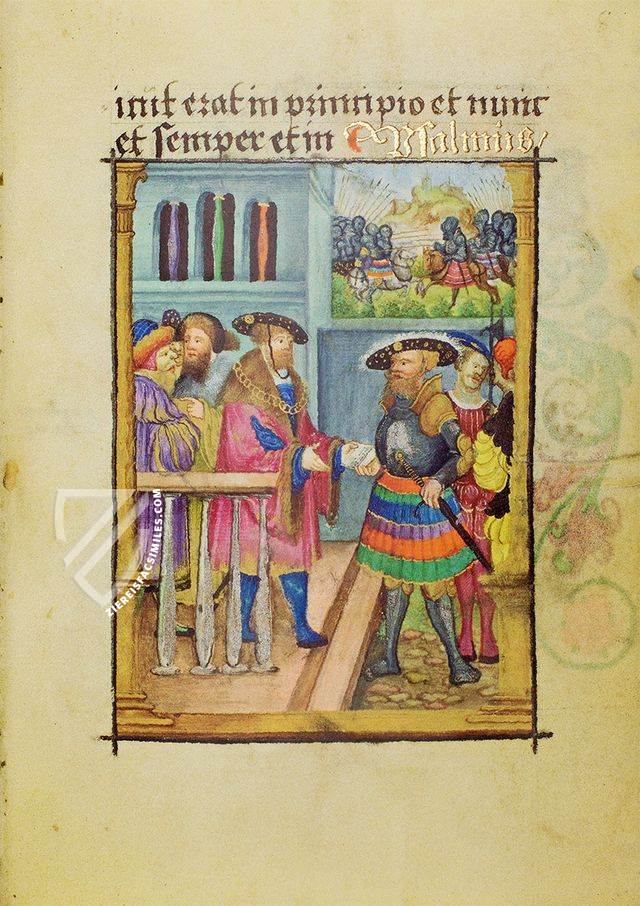 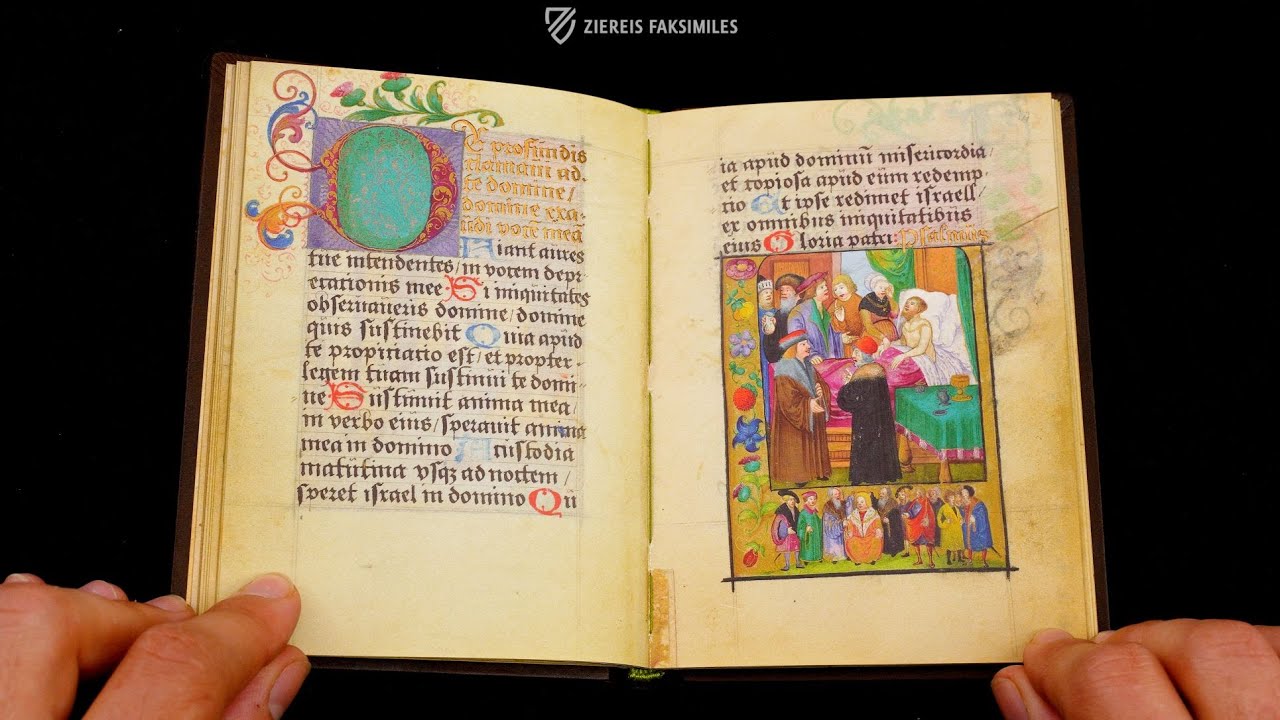 Publisher: Faksimile Verlag – Lucerne, 2010
Limited Edition: 980 copies
Binding: As with many medieval manuscripts, the original binding has not survived. Probably in the 18th century the work was bound in dark brown leather, which was imitated for the facsimile edition. Gold embossing was applied to the front and back covers. The book block has a three-sided gilt edge. A hand-stamped headband decorates the book at the head and foot edges.
Commentary: 1 volume by Ulrich Merkl
Language: German
1 volume: Exact reproduction of the original document (extent, color and size) Reproduction of the entire original document as detailed as possible (scope, format, colors). The binding may not correspond to the original or current document binding.
Regular price without login (like new)1,490 €
Login for a Better Price!
Order / Ask a Question
You might also be interested in: 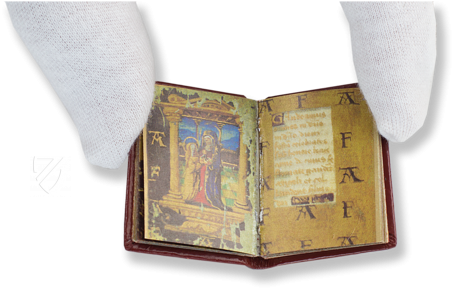 A book gem in the truest sense: a tiny and magical manuscript and at the same time a special necklace 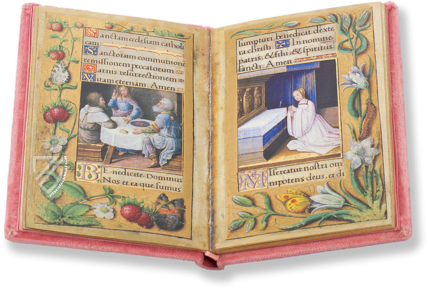 Stolen in 1994 and still unrecovered today: the beautiful prayer booklet of the French king's daughter