The work Retablo dela vida de Christo fecho en metro was written by the devout monk Juan Padilla and printed on November 8th, 1529 in the small workshop of Miguel de Eguía. This religious book, both small and precious, is a true treasure of early printing. Numerous printed graphics illustrate the biblical events from the life of Jesus Christ. The author chose a varied meter for his story, which he chose for an interesting reason.

The Story of the Life of Jesus Christ, or so the work is called in English, was written by its author on the title page in the following way: “The Life of Christ, written down by a religious monk of La Cartuja Monastery in Castilian or heroic meter, whatever is best for reading and remembering, because as Aristotle said, people enjoy music and verse by nature”. The originally anonymous author, who is now known to us today as Juan Padilla of Seville managed to explain the form in only a few sentences and the justification for choosing this form. The work was duplicated after its completion in the Spanish print shop of Miguel de Eguía and illustrated with numerous printed graphics. Alongside the enchanting title page with architectonic frames the work contains many xylographic holy figures throughout the text. Numerous razor sharp woodcuts show scenes from the life of Christ.

Maximum Impact with a Small Budget

The book on the life of Christ, as already mentioned, is recorded in verse. Numerous seals and stamps on the page margins authenticate the honest statements of the author and thus clarify it as a work for the use of priests. Each song in the book ends with a prayer. Generally, each prayer is followed by a small image appropriate to the theme, which supports and demonstrates what has been extoled. Since the printing house of Miguel de Eguía was a small workshop with a limited budget, a few of these images are repeated. They did not have the means financially to design as many xylographic woodcuts as were required, so pictures could not be printed to match every scene depicted. Having said that, the pictures available were chosen with such great care, that each illustration fits the events depicted and illustrates them perfectly.

The printed result represents a true joy for the eyes of every beholder. The script is organized into two neat columns. The seals on the page margins were placed randomly, as well as the various large text headings and font sizes in the flowing text. It is precisely these anomalies that account for the special charm of this early printed work. Four exciting biblical scenes are illustrated on the high-quality title page of the book. Scenes of the Crucifixion and Resurrection of Christ are to be found on the upper side of the page. A scene of the birth of Jesus is found directly underneath, the newborn child in the arms of his mother Mary. Next to the picture, one sees a depiction of the family, riding on a donkey during their flight to Egypt. This fantastically designed title page is furnished with the subheading Initium Sapientiae timor Domini, which can be translated as: The Beginning of Wisdom is the Fear of the Lord. 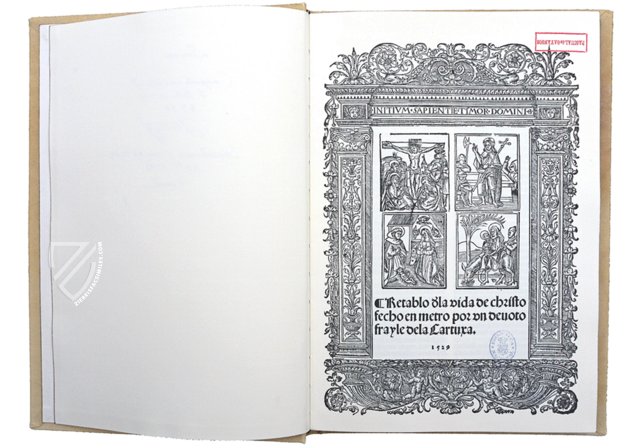 Vicent Garcia Editores – Valencia, 2005
Publisher: Vicent Garcia Editores – Valencia, 2005
Limited Edition: 3160 copies
Binding: Parchment on wooden board. Presentation dust jacket cloth lined with gold engraved leather spine containing facsimile.
Commentary: 1 volume
Language: Spanish
1 volume: Exact reproduction of the original document (extent, color and size) Numbered by notary and signed by the printer-publisher. Specially made laid paper. All folios are cut according to the original. Printed in Alcalá de Henares, by Miguel de Eguia, whose name was not declared, in 1529. 76 numbered sheets from the fourth sheet: iiij - lxxvj. Completed with sheet number 76 of copy 27232 at the Biblioteca General de la Universidad de Salamanca. Gothic script in three font sizes. Many xylographical figures of saints throughout the text. Beautiful title page with an architectural frame. There are two editions: a set of copies of the issues have a plain colophon (inscription at the end of the book) in which there is only a mention to the town of Alcalá de Henares; and another set of issues, on the other hand, shows a more detailed colophon, where you can see the town where it was printed and the date when the work was completed: the 8th of November 1529.
Price Category: € (under 1,000€)
Edition available
Price: Log in here!
Order / Ask a Question
You might also be interested in: 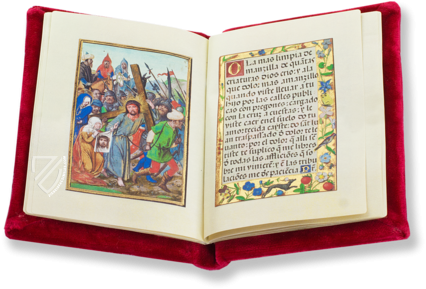 Slandered by her enemies and locked away for 40 years: an uplifting masterpiece created by Simon Bening for the tragic Queen of Spain 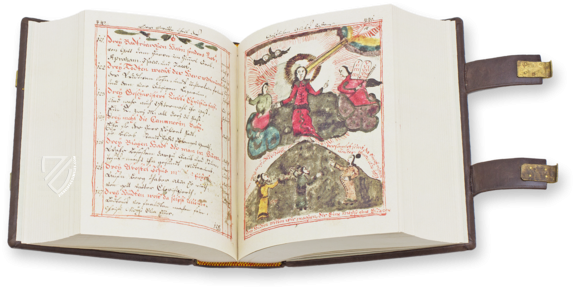 Do you know why the year 1439 should always be remembered? It is the year that Johannes Gutenberg invented the printing press...