Known to his contemporaries as the “Swiss Pliny”, Dr. Conrad Gessner (1516–65) was a Renaissance polymath regarded today as the father of modern botany and zoology and was the first to scientifically describe many European plants and animals. The codex at hand is a wonderful record of the advances in technology during the Renaissance, specifically with regard to pharmacological chemistry.

The Treasure of the Secret Remedies is the first treatise of pharmacological chemistry and contributed to the scientific revolution of the Renaissance. It is one of the most important documents in the history of chemistry and pharmacology and was written by Dr. Conrad Gessner (1516–65) a Swiss physician, physicist and chemist of great prestige. Printed in the 16th century, it includes 52 woodcuts that allow us to appreciate the images of ovens, distillation devices, and other laboratory tools. It was one of the main books that contributed to the scientific renewal of the Renaissance through the inheritance of scientific thought collected throughout the Middle Ages. Carlos Gómez Canga-Argüelles, President of the Pharmacy Academy of Castilla y León, called the work “one of the most important documents of the history of the chemistry, pharmacy, cosmetics, and liquor of the sixteenth century”. It is a wonderful record of the advances in technology during the Renaissance, when the knowledge of classical antiquity was being rediscovered and built upon by scholars living in the Late Middle Ages. 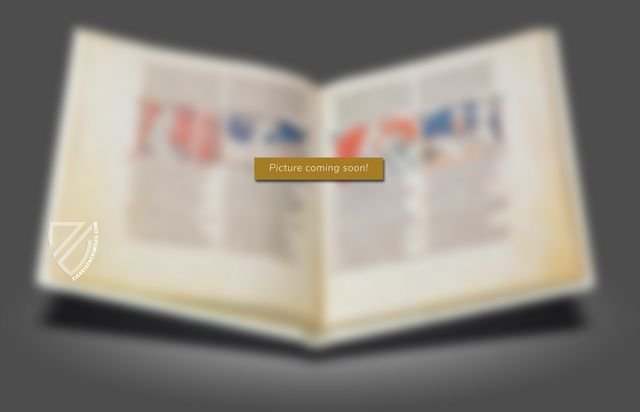 Circulo Cientifico – Madrid
Publisher: Circulo Cientifico – Madrid
Limited Edition: 999 copies
Commentary: 1 volume by Andrés Manrique and Agustín Fernández
Language: Spanish
1 volume: Exact reproduction of the original document (extent, color and size) Reproduction of the entire original document as detailed as possible (scope, format, colors). The binding may not correspond to the original or current document binding.
Regular price without login (like new)2,290 €
Log in for a Better Price!
Order / Ask a Question
You might also be interested in: