Known to his contemporaries as the “Swiss Pliny”, Dr. Conrad Gessner (1516–65) was a Renaissance polymath regarded today as the father of modern botany and zoology and was the first to scientifically describe many European plants and animals. The codex at hand is the second, complimentary work of the important treatise on pharmacological chemistry, which had to be finished from Gessner’s notes and source material after his premature death.

Dr. Conrad Gessner (1516–65) was a Swiss physician, physicist and chemist of great prestige. He is the author of many books including the Thesaurus Evonymi Philiatri de remediis secretis, one of the most important documents in the history of chemistry and pharmacology. It was the first book of its kind to be produced during the Renaissance, and is still valued today for its 52 detailed woodcuts of ovens, distillation devices, and other 16th century laboratory tools. This is a second, complementary work of that popular text that was published posthumously in Zurich in 1569, twelve years after the original. The second book would take the title “On Rare and Excellent Remedies, Little Practiced”. Gessner was not able to finish his follow-up because he developed a tumor in the chest and another under the armpit. Aware that the end was coming, Gessner began with great serenity to order all his files and documents, as well as his will. In it, he gave orders for all his manuscripts to be delivered immediately after his death to his most beloved disciple: Gaspar Wolf (b. 1532), another Swiss physician and the main co-contributor to the work. It was he who was able to take Gessner’s source material and order it into a worthy successor text, which was as celebrated as the first. The work was soon translated into French (1573), English (1576), and German (1583) and has enjoyed numerous editions across Europe, attesting to the popularity and usefulness of the text. 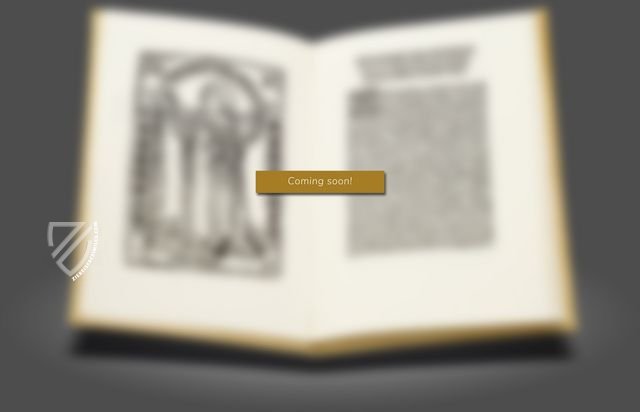 Circulo Cientifico – Madrid, 2012
Publisher: Circulo Cientifico – Madrid, 2012
Limited Edition: 999 copies
1 volume: Exact reproduction of the original document (extent, color and size) Reproduction of the entire original document as detailed as possible (scope, format, colors). The binding may not correspond to the original or current document binding.
Regular price without login (like new)2,390 €
Log in for a Better Price!
Order / Ask a Question
You might also be interested in: