The great Humanist Juan Luis Vives lived from 1493 to 1540 and was active as a philosopher, teacher, and author in the most important centers of Renaissance Humanism. The Treatise on the Relief of the Poor holds a special position among his many significant works. It is the first theory on public welfare and municipal relief for the poor of the Early Modern Period. The work, which was originally handwritten before being printed in 1781, consists of two volumes. It is furnished with a breathtakingly beautiful printed graphic showing the portrait of the famous author.

Juan Luis Vives was a Spanish philosopher, teacher, and author of countless significant and globally successful texts concerning the body of thought on Renaissance Humanism. The well-travelled Vives lived inter alia in the cities of Valencia, Paris, Oxford, and Bruges and as a result enjoyed each of the true strongholds of the Humanist world. The work of his lying here before us belongs among the most famous texts by the universal genius. It is the Treatise on the Relief of the Poor. The handwritten original treatise was reproduced in 1781 in the printing workshop of Benito Monfort. An incredibly beautiful and lavishly designed title page with a printed graphic medallion shows the face of the author.

A Luminary of Humanism

Vives was born in Valencia in 1493 and from 1509 to 1512 he studied philosophy and theology at the Sorbonne in Paris, where he came into contact with Humanist ideas. In 1512, he left Prague for Bruges, where he tutored the daughter of a Spanish merchant family and eventually married her in 1524. Beginning in 1516, Vives resided primarily in Leuven and it was there that he finally earned his teaching degree from the university. During this time he became acquainted with Erasmus of Rotterdam whom he greatly admired and whose friendship represented the complete turn toward humanism for him. During his sojourn in Leuven, which lasted until 1523, he already composed numerous texts concerning his own research. Nonetheless, because of the prevailing view in the Middle Ages, the complete knowledge of which was compiled by the philosopher Aristotle, experiments were frowned upon in that time and Vives was scandalized along with his views. He was nevertheless undaunted by his opponents.

Juan Luis Vives published numerous works, which mostly criticized the reigning accepted opinion. His texts – the Tratado del socorro de los pobres is just his magnum opus – represent true milestones of Humanist literature. Vives was able to develop a reputation as the founder of modern pedagogy. His primary pedagogical work De tradendis disciplins initiated the scientific progress of the medieval world. Vives pleaded for expertise, knowledge of the natural sciences, and the utilization of nature. He demanded the abolition of obsolete methods in education. Furthermore, Vives was one of the first to advocate for the right of women to a comprehensive education. Never before had an author composed such extensive and influential texts concerning the care for the poor and the population in general by the state. His work, bearing the Latin title De subventione pauperum, was been called “the first treatise on social policy in Europe”. The spectacular treaty has been translated into several languages. 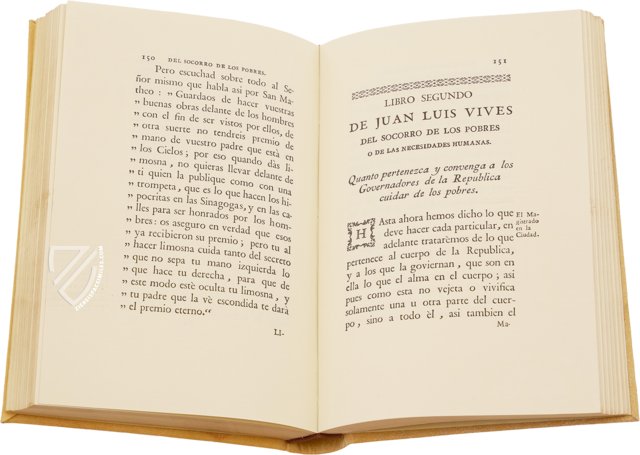 Appearing on the title page of this edition from 1781, the great Spanish Humanist Juan Luis Vives, considered by many to be the grandfather of psychology, is depicted in a splendidly detailed woodcut labelled “Effigy of Juan Luis Vives”. The image is certainly classically inspired, especially the round medallion frame with banderoles resembling a marble relief. Vives, who spent the majority of his adult life in the Southern Netherlands, is depicted dressed in a northern style with a fur-trimmed coat and wearing a soft, circular “flat hat”. 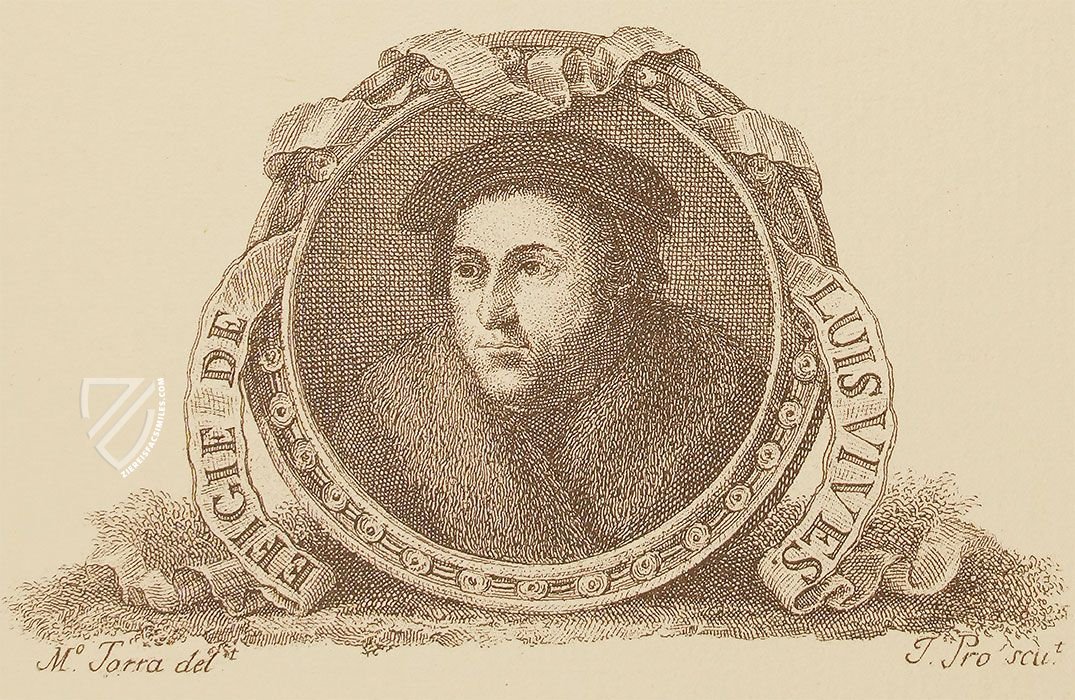 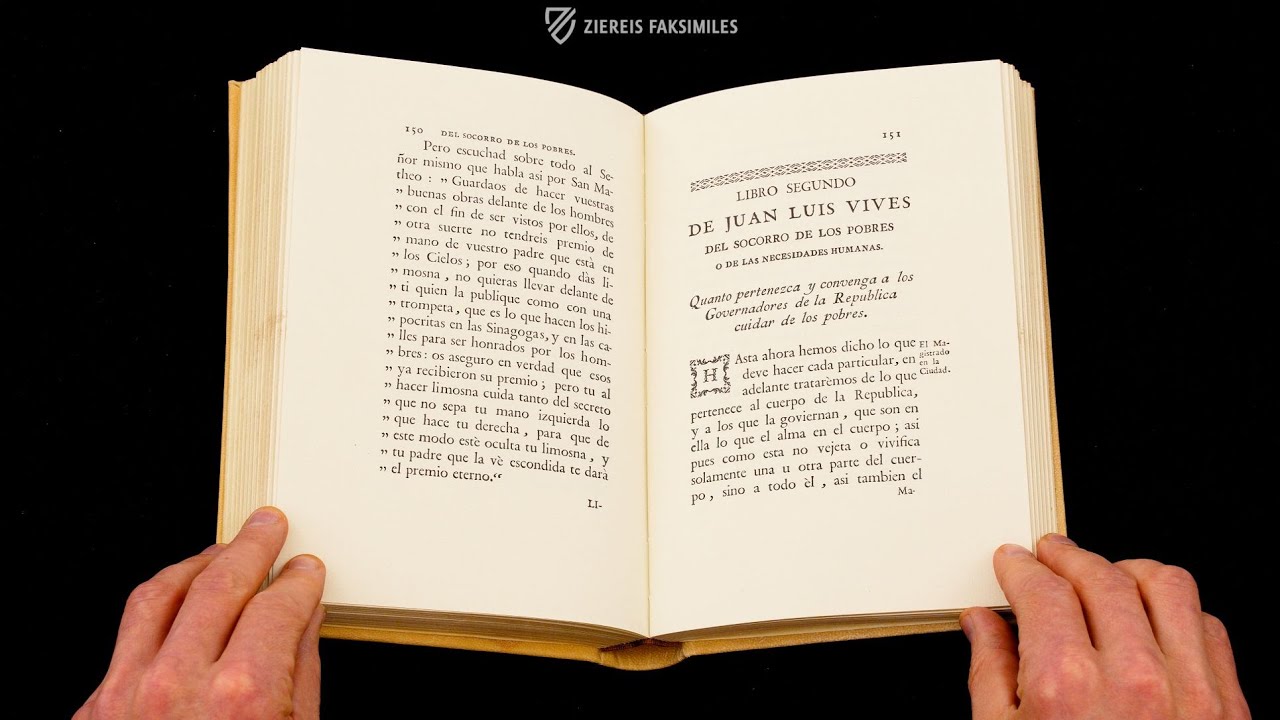