The Tiber is one of the most famous rivers in the world because it links the city of Rome to the Mediterranean Sea and the Apennine Mountains, where the river originates. By the 17th century, silt made much of the river impassible, especially the section upriver from Rome leading to the city of Perugia. The problem is addressed in this codex, and successive popes dredged the Tiber to improve its navigability.

How to make the Tiber Navigable from Perugia to Rome

This splendid 17th century work combines the most advanced hydraulic engineering and landscape painting techniques of the time and addresses the problem of restoring navigability on the River Tiber between Rome and Perugia. The precious original manuscript from 1675 is stored today in the Library of the Accademia Nazionale dei Lincei and Corsiniana of Rome. It was a collaboration of two Dutchmen living in Rome, the painter and draughtsman Caspar van Wittel (1652/53–1736) and the hydraulic engineer Cornelis Meyer, who travelled the banks of the Tiber between Perugia and Rome together collecting information and impressions of important sections.

Views of the Tiber

Van Wittel is renowned for his role in the development of vedute as a specialty of Italian art. Italian for “view”, vedute are detailed cityscapes and vistas, typically large in scale, and can be either paintings or prints. The first veduta painted by van Wittel were created shortly after his arrival in Rome when he collaborated with Meyer on the Tiber project. The artist completed 50 drawings for the project altogether, many of these artfully illustrated Meyer’s designs for restoring the Tiber’s navigability, including various mechanical devices. Some of these van Wittel later used for some vedute he painted in the early 1680’s. The drawings of the young van Wittel demonstrate the mastery of the blossoming artist and Meyer’s imaginative engineering. 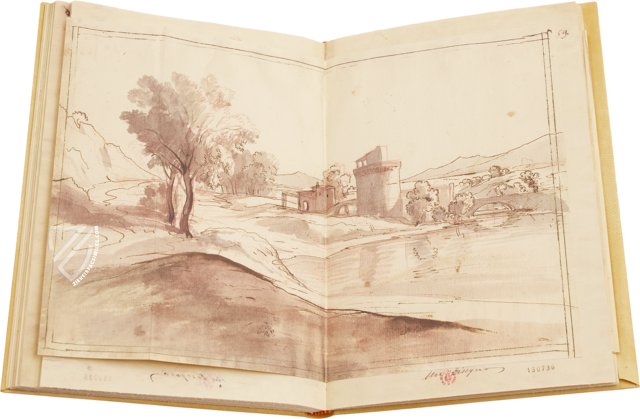 Aside from allowing for the passage of boats and barges, movable bridges are less expensive to build because they do not require high piers and arches. The disadvantage of course is that the traffic on the bridge must be halted when it is opened to allow for traffic on the waterway. Instead of raising and lowering in the manner of a drawbridge, this is a swing bridge with a segment on one end that rotates on a large center pivot. The design also significantly reduces the overall weight of the structure. 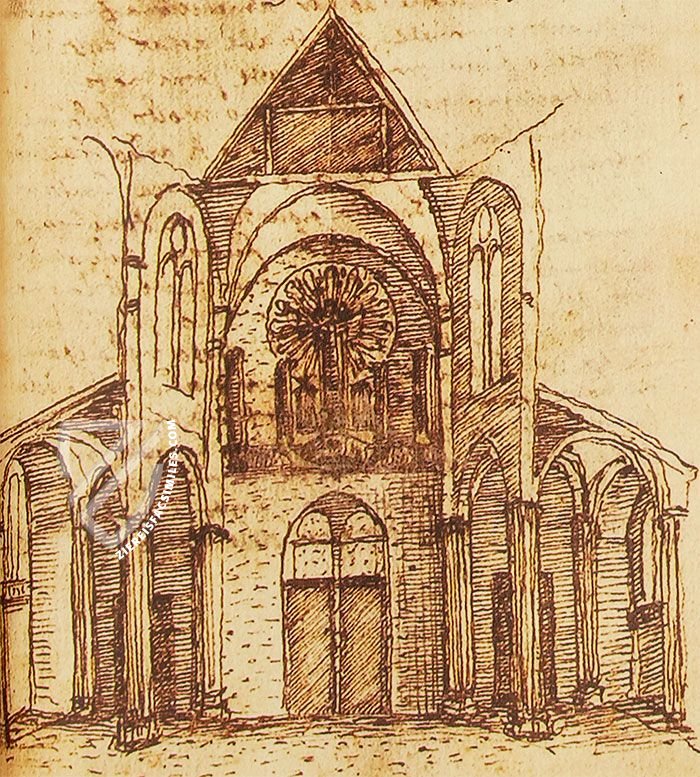 Although Caspar van Wittel was ostensibly employed for the purpose of providing realistic depictions of bridges, dams, and hydraulic devices, the Dutch artist could not help but be enamored with the beauty of Lazio and Umbria, through which the Tiber flows. This seaside landscape shows two small figures looking out over a bay with some small sailing ships and what looks like a monastery in the distance.

His first vedute – highly detailed, usually large-scale landscapes – originated from these sketches and van Wittel is credited with turning topography into a painterly specialism in Italian art. After initially making sketches in early 1670’s, his style of vendute continued to develop through the 1680’s and into the 1690’s.

Nova Charta – Venice, 2012
Publisher: Nova Charta – Venice, 2012
Commentary: 1 volume by Marco Guardo
1 volume: Exact reproduction of the original document (extent, color and size) Reproduction of the entire original document as detailed as possible (scope, format, colors). The binding may not correspond to the original or current document binding.
Price Category: €€ (1,000€ - 3,000€)
Edition available
Price: Log in here!
Order / Ask a Question
You might also be interested in:

An 11-meter-long leporello, now part of the famous Borgia Group of Mayan manuscripts: one of the most comprehensive sources on the history, art, and religion of Pre-Columbian America 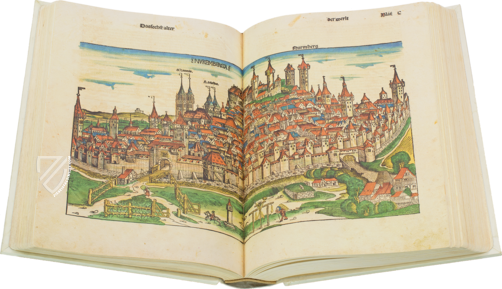