The Venetian cartographer and seafarer Antonio Millo, active inter alia as the chief navigator of the Venetian Fleet, made both of these precious maps in the 1580’s. They present the worldview of his exciting epoch, which was constantly in flux, in large-format depictions. Aside from their historical content, the valuable maps of the Mediterranean region and the entirety of the world as it was known then are true treasures of cartography!

In the Biblioteca Nazionale Centrale Vittorio Emanuele II in Rome, two precious works of Italian cartography are stored under the shelf marks cart. naut. 2 and cart. naut. 6/1–2. They were not only helpful and indispensable aids for seafaring, which was flourishing at the time of the maps’ creation with the 16th century’s great voyages of exploration. Furthermore, the navigational maps – truly precious and artful products of cartographers – were considered to be status symbols, which bear witness to knowledge of the entire world.

A Greek in Venice

The creator of the cartographic works assembled here was Antonio Millo (active 1557–1590), a seafarer and cartographer. Millo, born on the Greek island of Milos, lived in Venice where he was inter alia the chief navigator of the Venetian Fleet. Additionally, he created numerous famous maps, which are stored today in collections across the world. The two maps presented here are precious artifacts, gorgeously colored and even adorned with individual gold elements.

The Mediterranean stands at the center of the first map by Antonio Millo. Numerous annotations line the entire coast from Europe over Africa to the Near East. Nevertheless, the map takes more than just the Mediterranean into consideration: the Atlantic coast is also illustrated up to the British Isles in addition to the Black Sea and part of the Red Sea. Alongside the escutcheons of France, Spain, and Venice – with the Lion of San Marco – six wind roses make up the colorful pictorial adornment.

The world map by Antonio Millo is every bit its equal. Under the title The Earthly Planisphere, the new discoveries of recent years are taken into account. Thus, alongside Europe, Africa, and Asia, North and South America are depicted – called New Spain and New Peru here. Six wind roses and eight cherub heads in the directions of the wind make up the elegant artistic adornment of the map. 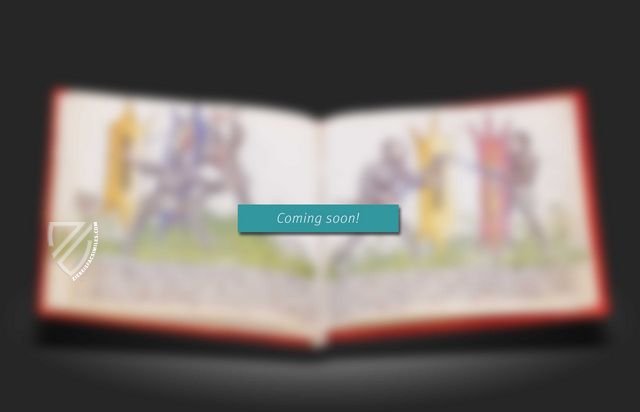 Editalia – Rome
Publisher: Editalia – Rome
Limited Edition: 499 copies
1 volume: This is not complete. (Note: Map 1 from the original Atlas of Antonio Millo) Reproduction of the entire original document as detailed as possible (scope, format, colors). The binding may not correspond to the original or current document binding.
Edition available
Price: Login here!
Order / Ask a Question
Blog articles worth reading