The Codex Selden, also known as the Codex Añute, is a folded manuscript of Mixtec origin from pre-conquest Mexico. Although it was completed after the arrival of the conquistadors in the Mixtec region, it is considered to be one of the six pre-Hispanic Mixtec codices that survived the Spanish conquest of Mexico. The manuscript is a record spanning the years A.D. 783 to 1556 that traces the genealogies and history of the rulers of a place called “Cloud Belching Mountain”, identifiable as Añute in the Mixtec Alta, the modern Oaxaca region of Mexico. Although possibly a fragment of a much longer and improperly stored document, an accidental scratch in the 1950’s revealed that the manuscript might in fact be a palimpsest. In 2016, researchers used modern scanning technology to reveal that the original work, which was covered over with a layer of gypsum and chalk, is a history of the Mixtec culture with hitherto unknown details, making the Selden Codex a precious artifact concerning the history of southern Mexico.

Mexican manuscripts predating the Spanish conquest of the 16th century are exceptionally rare, most having been burned by marauding mercenaries and zealous Catholic missionaries. They use complex pictograms, symbols, and bright colors to narrate centuries of conquering dynasties and genealogies as well as wars and the histories of ancient cities. Although this manuscript was completed after the arrival of the conquistadors in the Mixtec region, it still reflects the indigenous culture of Mexico and is thus counted among the six surviving pre-Hispanic Mixtec codices. The contents of the five-meter-long folded manuscript consist of genealogical and historical information from 783-1556 and is likely only the fragment of a larger work, but was also written over a previous work.

Prized Possession of an English Polymath

John Selden (1584–1654) was an English polymath who was hailed by no less than John Milton as “the chief of learned men reputed in this land”. He studied the ancient laws of England and its constitution as well as being a scholar of Jewish law. Selden also accumulated an impressive private library consisting of ca. 8,000 manuscripts and printed books, which included other Mexican manuscript such as the Codex Mendoza. How this codex came into his possession remains unknown. Nonetheless, all was bequeathed to the University of Oxford’s Bodleian Library upon Selden’s death in 1654. It was the largest donation the library received in the 17th century, and it took the work of multiple librarians over several years to catalogue the collection.

A Manuscript with Secrets

Many happy accidents have resulted in the discovery of precious manuscripts, such as the Carmina Burana. If the Codex Selden had not been accidentally scratched in the 1950’s, researchers might have never discovered that the manuscript was a palimpsest hiding another work concerning the history of Mixtec culture under a layer of gypsum and chalk. Researchers from the University of Oxford's Bodleian Libraries and from universities in the Netherlands began collaborating in 2016 and used high-tech hyperspectral imaging to uncover the secrets that were hidden by the Codex Selden. They analyzed seven pages of the codex and revealed images of kings with their councils, people walking with sticks and spears, women with red hair and headdresses, and glyphs symbolizing rivers as well as a reoccurring prominent figure represented by a twisted cord and a flint knife. 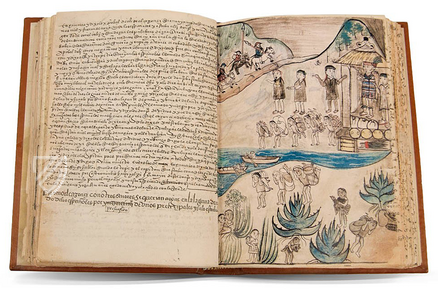 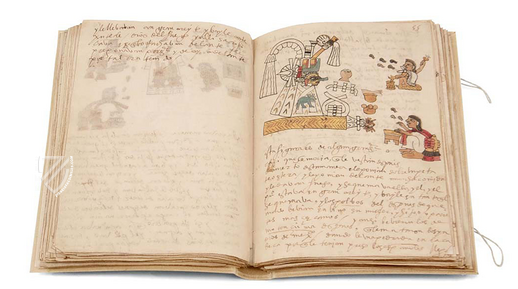 Insight into a lost world: a unique testimonial to the religion, clothing, rituals, and language of the Aztecs