During the 19th century, the famous French orientalist Jean-François Champollion already referred to the erotic-satirical papyrus in Turin as “an image of monstrous obscenity”. The papyrus reached Italy’s Drovetti collection in 1824 and was soon a hot topic of debate. The precious and unique artifact was found in Deir el-Medina, an old settlement of craftsmen and artists in Ancient Thebes. There lived the artisans who works in the Valley of the Kings and the Valley of the Queens.

A Much Studied Object 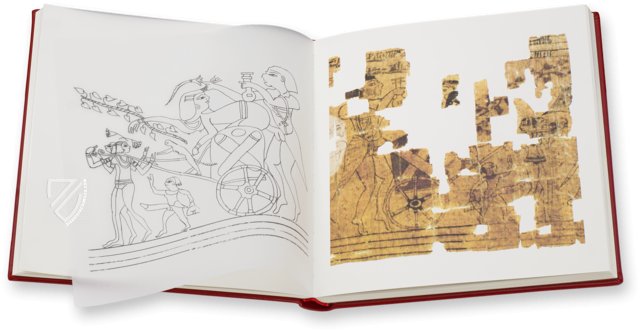 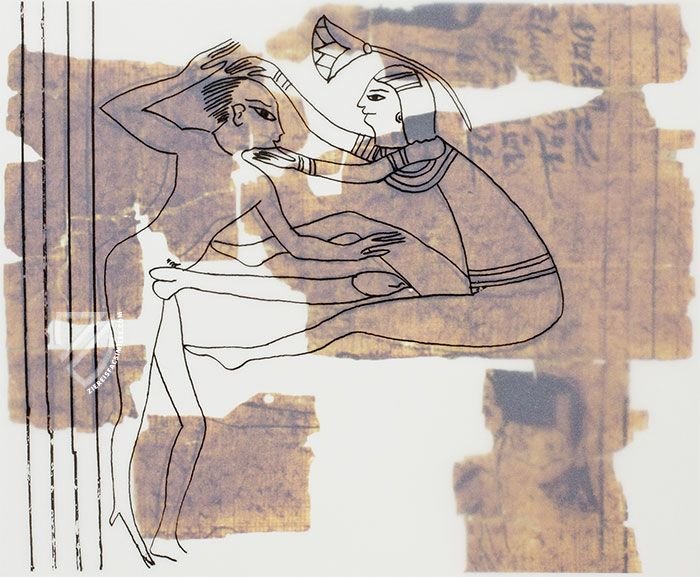 Coitus on a Chariot

Here we have the tattered fragment of the most satiric miniature in this unique papyrus manuscript of ancient Egyptian erotica with its modern reconstruction on the page opposite. This is an image of two lovers: the woman is mounted on the chariot and looks back at the man, who is standing behind it. The smaller size of the three other figures indicates that they are servants.

While the man’s face has few features, the woman’s face is drawn with more detail and is portrayed as young and attractive. It appears as though she has a pet monkey of some kind, and her wrist is wrapped by a vine, which leads out of frame. The genitals of both male figures are exaggerated, either a nod to depictions of fertility gods, or simply for satirical effect. 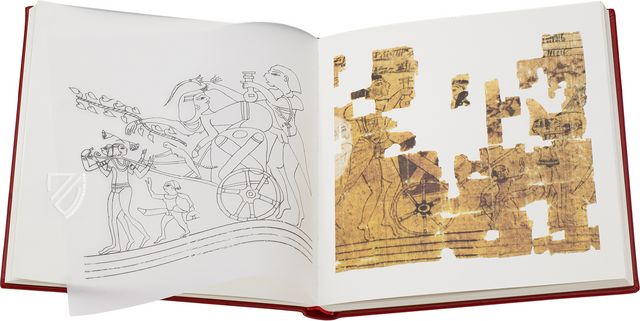 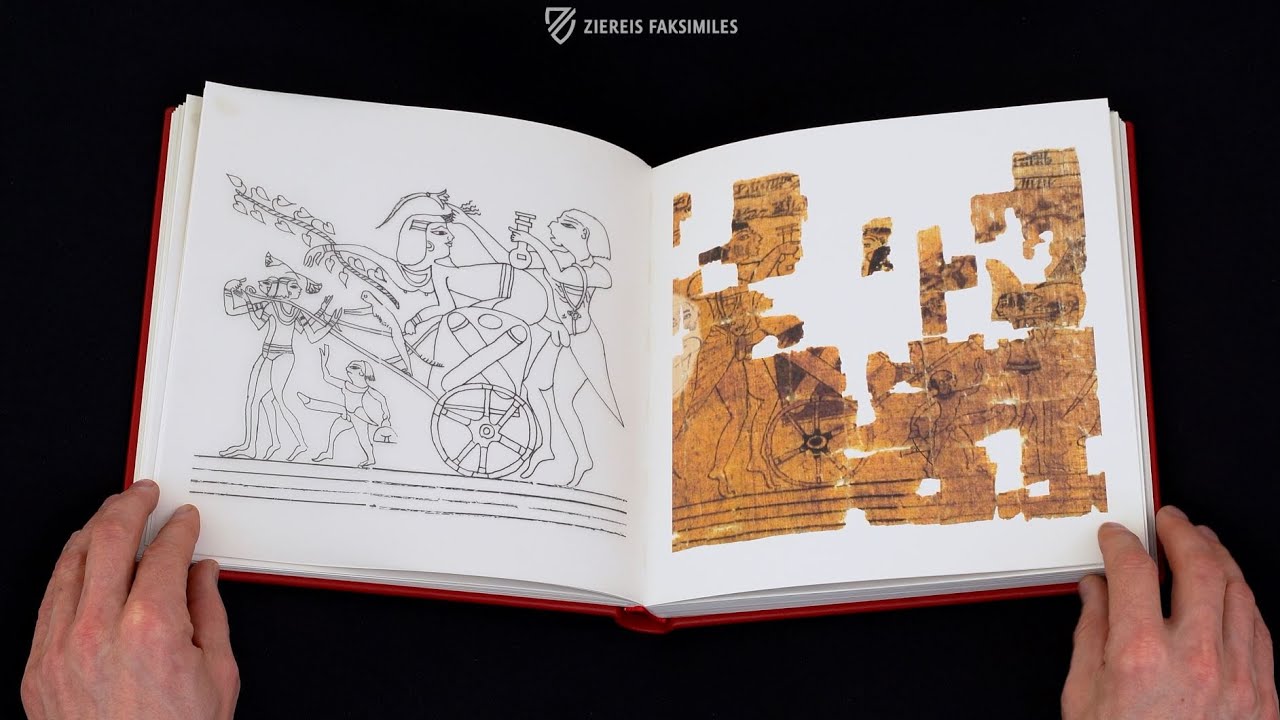 Publisher: BiblioGemma – Barcelona, 2013
Limited Edition: 995 copies
Commentary: 1 volume by Lise Manniche, Marina Escolano-Poveda, Georgina Burgos, José M. Parra Ortiz and Pedro Bádenas de la Peña
Language: Spanish
1 volume: So far both works had never been related. This edition creates for the first time an accurate reconstruction of what the Erotic Papyrus was, by overlapping the tracing and the papyrus you get to recuperate and contemplate the work with all its original glory. Reproduction of the entire original document as detailed as possible (scope, format, colors). The binding may not correspond to the original or current document binding.
Price Category: €€€ (3,000€ - 7,000€)
Edition available
Price: Login here!
Order / Ask a Question
You might also be interested in: