The Libro de los Dichos y Hechos del Rey Don Alonso tells of the deeds and virtues of King Alfonso V of Aragon, called “the Magnanimous.” The literary masterpiece was published in a Valencian print shop in 1527, but was only intended for a small circle of wealthy readers. Aside from the adventurous portrayals of the life of the great King Alfonso, the precious work distinguishes itself through a special illustration on its title page.

The Book of the Deeds and Virtues of King Alfonso V, so translates the title of this Spanish literary classic into English. It is the first chronology of the adventures of King Alfonso V, who bore the epithet “the Magnanimous”. This special codex is a unique specimen of this historically valuable text and originates from a printer in Valencia. The interestingly written and reader-friendly story is furnished here with preciously colored printed graphics completely in the style of the Renaissance.

The edition at hand of the tales of Alfonso V was printed in 1527. The work begins with a fantastic xylographic depiction of Juan Joffre’s coat of arms, who was responsible for the print. Never before had a print shop furnished their books with their own escutcheon. The fantastic printed graphic shows a mermaid with two tails. It is a special coincidence that this specimen of the precious incunabulum exists still today. The original work is not be found in any state library or in all of Spain for that matter, but rather they were probably manufactured primarily for wealthy private owners.

The masterful tale was written by Antonio Panormitano, a Sicilian Renaissance Humanist. In Bologna in 1425, Panormitano published a Latin collection of obscene and satirical epigrams with the title Hemaphroditus, which was dedicated to Cosimo de’ Medici. In the year 1429, he was the court poet of Duke Filippo Maria Visconti. Six year later Panormitano came to the court of Alfonso V. Here he became a professor of theology at a monastery near Naples, where King Alfonso V spent most of his life. He was named Alfonso’s personal secretary and was one of his closest confidants. Juan de Molina translated the Italian descriptions into Spanish. Molina, who is counted among the most esteemed authors of his time, composed inter alia the Chronicles of the Catholic Monarchs.

Alfonso V of Aragon was the son and heir of Ferdinand the Just and his wife Eleanor of Alburquerque. He ascended the throne of the Kingdom of Aragon at the age of 20. He was also King of Naples and Sicily as Alfonso I. Numerous legends are wrapped around the life of the great king. One example is the tale of his military campaign again Genoa. He was supposedly defeated in a sea battle by the Genoese fleet near the island of Ponza, taken prisoner with his brother, and delivered to Duke Filippo Maria Visconti. Having said this, Alfonso V managed to secure his release and win the support of Milan. After a five-year struggle, Pope Eugene IV crowned him the ruler of Naples. He was considered to be a clever and mild monarch, even if he was inclined to sensuality and a love of magnificence. It is believed in scholarship that after the Fall of Constantinople in 1453, Alfonso V accepted scholars fleeing from the city. The descriptions of the monarch’s adventures illustrate his flamboyant life in a unique way. 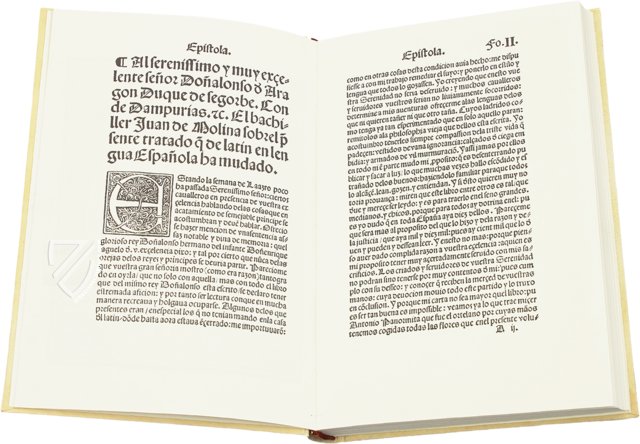 Today, the so-called “front matter” found at the beginning of books is fairly standardized in terms of information and format so that the modern reader knows where to find everything from the title and author to the publisher and edition. Medieval readers did not have this luxury and thus many works from the period are merely named after the first few words that appear in the text.

This decorative woodcut presents the title and date of publication in a classical architectural frame with the coat of arms of the printer Juan Joffe, which consists of a mermaid with two tails that she holds in her hands, flanked by two fish. It is the first time a printer furnished a book with their own escutcheon and represents a forerunner of a modern company logo. 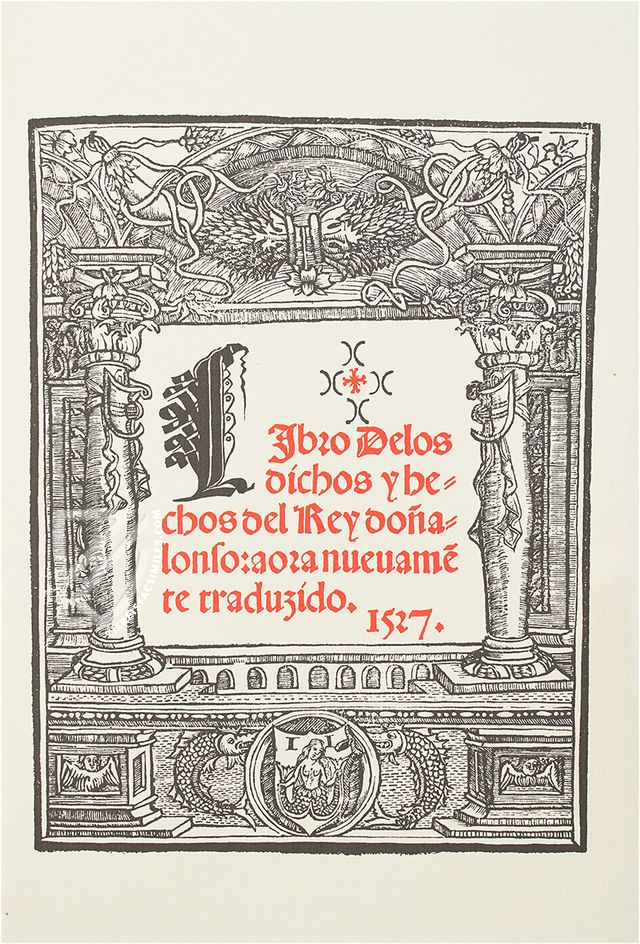 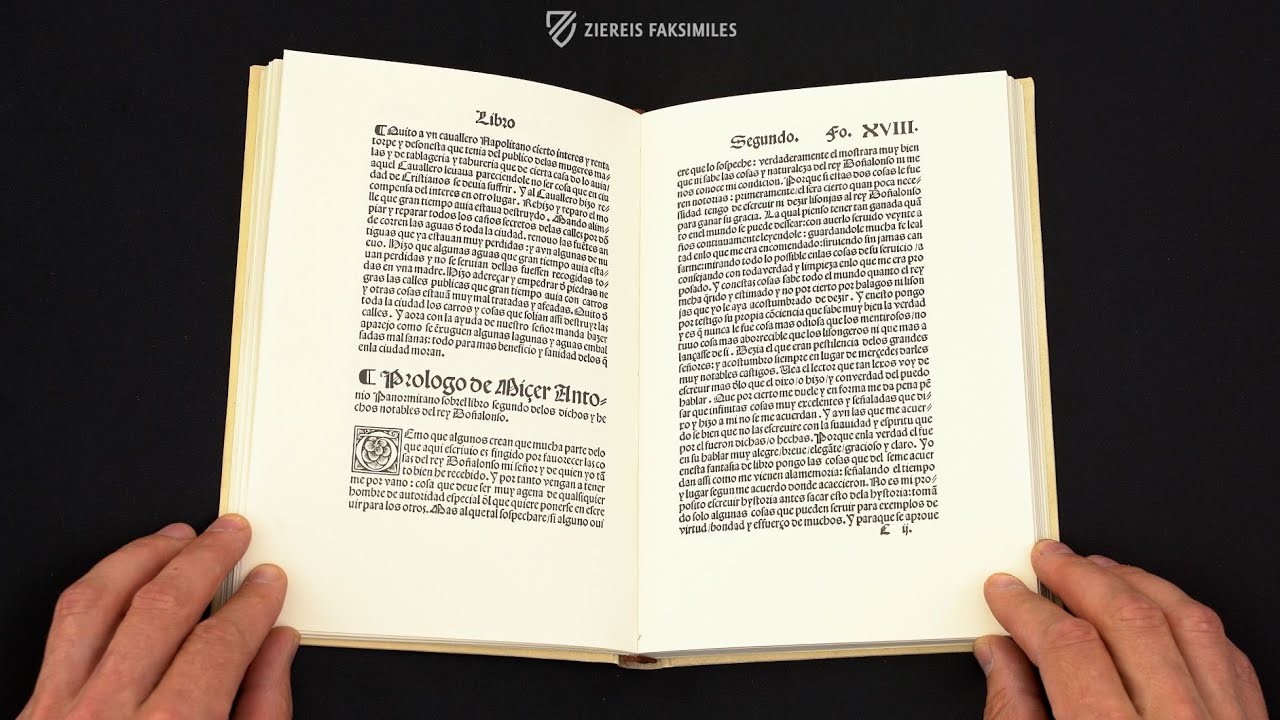 An 11-meter-long leporello, now part of the famous Borgia Group of Mayan manuscripts: one of the most comprehensive sources on the history, art, and religion of Pre-Columbian America