The Knights Templar were the most famous monastic military order of the Middle Ages and this unique collection of documents represents one of the most important sources on life in the order. These documents cover everything from standards of dress and equipment, how the Templars encamped, hierarchy and electing a Master, discipline and punishments, as well as countless other insights. The Templar Rule is accompanied by 35 handwritten letters from order members and another 19 representing a correspondence between the last Grand Master of the Order Jacques de Molay and King Jaime II of Aragon.
As such, this is a peerless collection of documents from the era directly preceding the tragic downfall of the order due to the intrigues of the French King Philip IV. What is more, the original documents were stolen in 1985, but fortunately not before archivists had a chance to make detailed copies of them on microfilm. This splendid facsimile collection thus represents some the only surviving evidence for the inner workings of the Knights Templar.

In 1985, a rare collection of historical artifacts concerning the Templars was stolen including the Templar Rule and a correspondence between the last Grand Master of the Order Jacques de Molay and King Jaime II of Aragon consisting of 19 letters. Luckily, archivists had the foresight to make detailed copies on microfilm so that a facsimile of the original has been made. Aside from the important affairs of Europe at the turn of the 14th centuries, the documents give tremendous insight into daily life for members of the order. Another 35 handwritten letters from order members complete the collection, which is a precious insight into the final years of the Templars before they fell victim to a vicious conspiracy. Take a look into the history of the most famous monastic military order of the Middle Ages!

Founded in 1119 and headquartered at the Temple Mount in Jerusalem, the Poor Fellow-Soldiers of Christ and of the Temple of Solomon, more commonly known as the Knights Templar, emerged out of a need to protect pilgrims from bandits and anyone else who would harm them. It grew from an impoverished order of only 9 knights into the richest, most powerful monastic military order of the Middle Ages with a network of 1,000 commanderies and fortifications stretching from the Holy Land to Scotland. They also helped to develop many banking techniques like checks and letters of credit and are considered to be the world’s first multi-national corporation.
In fact, only 10% of the Templars were actually knights, the rest of the order, numbering as much as 20,000 at its peak, were in charge of the banking, bureaucracy, and logistics supporting their military operations. Nonetheless, those brothers who trained for war did so with religious fervor and fought without fear of death and as such, the presence of even a small number of Templars on a battlefield could be enough to change the outcome of an engagement. They were simply some of the most capable warriors in the entire Crusades.

Downfall of the Templars.

As the Crusaders were gradually pushed out of the Holy Land, the Templars found themselves without a mission and became the victims of a conspiracy by King Philip IV of France. Heavily indebted to the Order, Philip levelled accusations of heresy at the Templars and on Friday October 13th, 1307 had many of the order’s top members arrested. They were subsequently tortured into giving false confessions and burned at the stake – while also having their assets seized by the French Crown of course. Pope Clement V, a French pontiff who was the first Avignon pope and arguably a puppet of the French King, disbanded the order in 1312, with most of the Templars assets and membership going over to the Hospitallers and other orders.
As he burned at the stake and prayed, Grand Master Jacques de Molay predicted that he would soon meet both Clement and Philip before God saying “God knows who is wrong and has sinned. Soon a calamity will occur to those who have condemned us to death”. Clement was dead within a month, Philip was dead eight months later, and his male line was extinguished by 1328. The whole affair scandalized people’s sense of justice and it was whispered across Europe that this had been divine punishment for sins of the King and the Pope.

Also known as the Latin Rule, this document consists of 72 clauses specifying the ideal behavior of a Templar knight and is based on the rules of Saint Augustine and Saint Benedict, but adopted for a warrior. Originally written in 1128, the rule was amended and translated over time and comprised 609 articles covering discipline in monastic life, clothing, the hierarchical rules of the order, the number of servants, horses, and squires to which each member was entitled, how the Templars made their camp, the election of a Master, monastic life in periods of peace, the importance of the opinions and the experiences of the order’s elders, punishments, penances, and the 9 infractions by which an order member could be expelled. There is even a curious chapter welcoming new initiates into the order.

The rest of the collection consists of personal letters written by Templars and are not only useful for the study of the order but of the period in general. 19 of the most significant of these 35 letters were written between the last Grand Master of the Order Jacques de Molay and King Jaime II of Aragon in Latin and Provencal. These documents would likely all have been burned by Pope Clement’s inquisitors but were guarded in archives in Iberia – the one place where the Templars were not suppressed. In the Kingdom of Portugal, the first European country in which the Templars established themselves, they merely changed their name to the Order of Christ, which continued to operate – including in the New World – as it always had, until it was secularized in 1789. 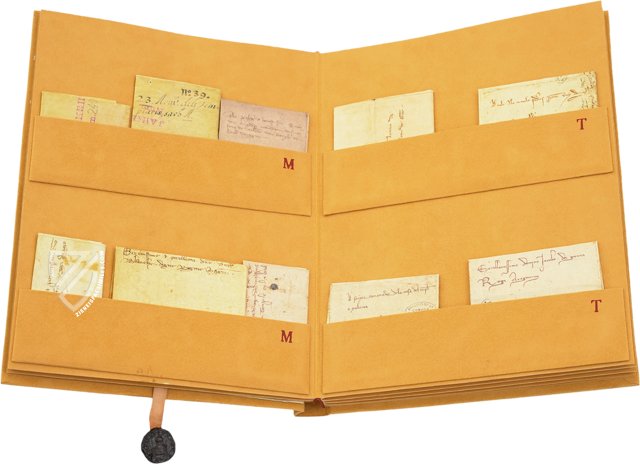 The Knights Templar used various seals, some with the Lamb of God and a cross-staff, others depicting their headquarters in the Al-Aqsa Mosque on the Temple Mount, but the most commonly used seal depicted two knights riding on a horse, which emphasized the Order’s poverty as the “Poor Knights of Christ and the Temple of Solomon”. Although it has deteriorated with age, the Latin inscription surrounding the central images translates to “Seal of the Soldiers of Christ”. 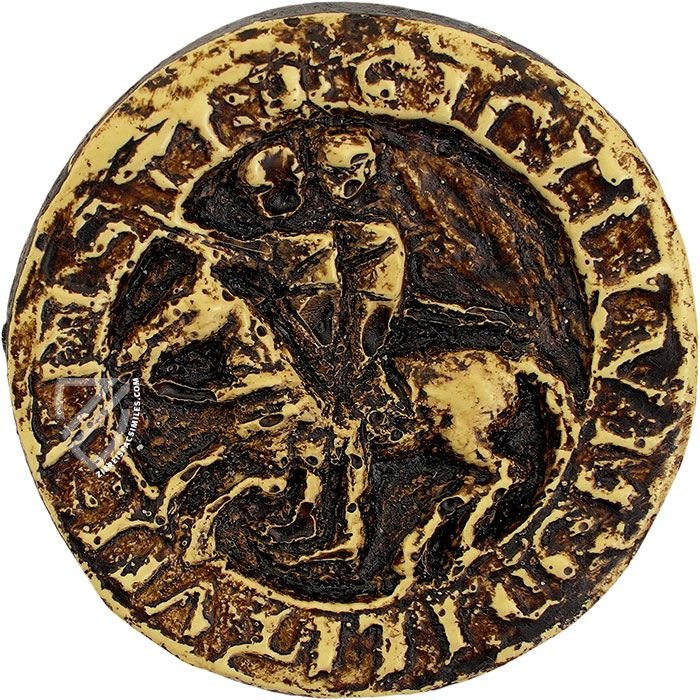 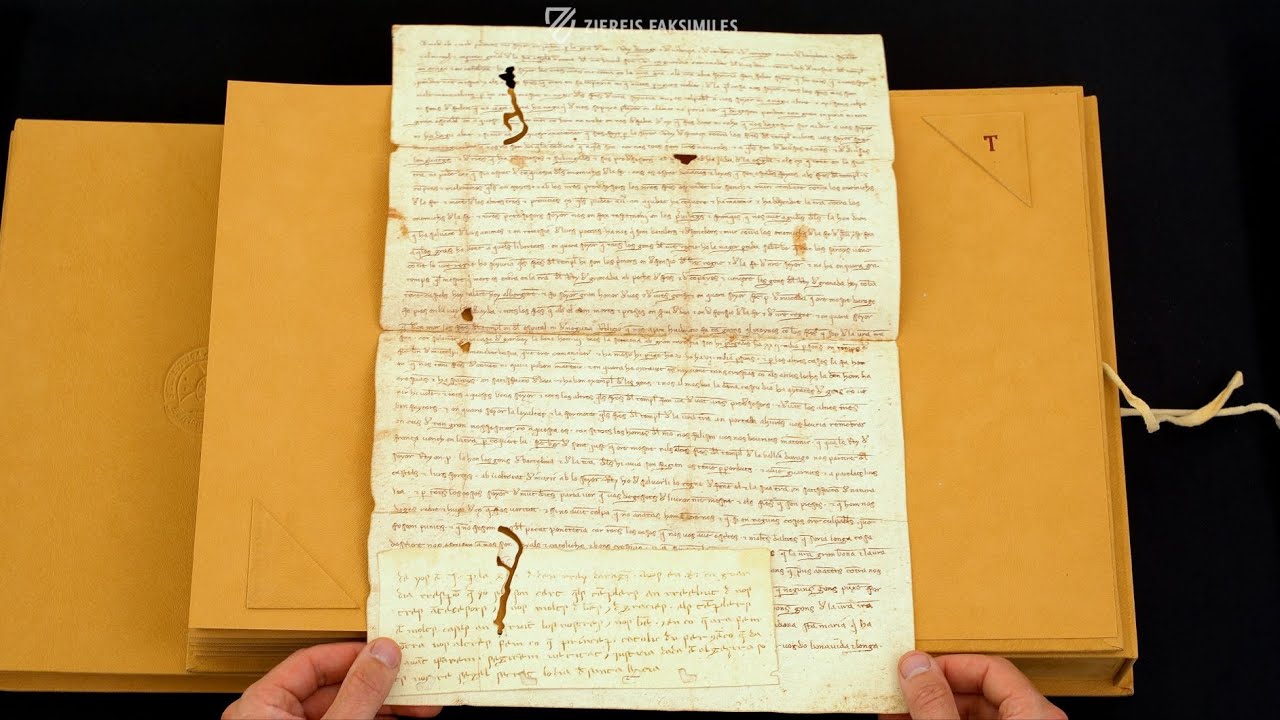