The city of Munich was once the capital of the Kingdom of Bavaria, whose art-loving rulers created numerous museums and libraries to house the art-historical treasures that they collected. As a result, the Bavarian State Library is now one of the premiere research libraries in the world. It has one of the world’s largest collections of medieval manuscripts, with many works that are particularly significant for the history of the German-speaking world. The library has endured for five centuries, surviving conflicts from the 30 Years’ War to the Second World War and represents one of the most important institutions of its kind in the world.

The Bavarian State Library in Munich is one of the most important research libraries in the world with collections numbering more than 10,360,000 items. It was established in 1558 by Duke Albrecht V of Bavaria (1528–79) and its collections have been built over the centuries by various donations and acquisitions from the collections of rich bibliophiles like the Fuggers and Hartmann Schedel inter alia. The law requiring that two copies of every work printed in Bavaria be submitted to the library has been in force since 1663. The addition of the court library of the Electorate of the Palatinate brought with 550,000 volumes and 18,600 manuscripts to the Bavarian collection in 1803. To accommodate these growing holdings, a gorgeous classically-styled building was designed by Friedrich von Gärtner (1791–1847), which was completed in 1837. The building was 85% destroyed during the Second World War and although much of the collections were evacuated, 500,000+ volumes were lost. Efforts to restore the building and reorganize its collections were already begun in 1946. Today, the library boasts one of the largest collections of medieval manuscripts in the world and the largest collection of incunabula, books printed before 1500, in addition to various historic documents.
This incredible collection of medieval manuscript is represented here by this sample of ten folios.
1. Initial page “IN”
Mainz Evangeliary, CLM 11019, fol.47r, Mainz, late–9th century 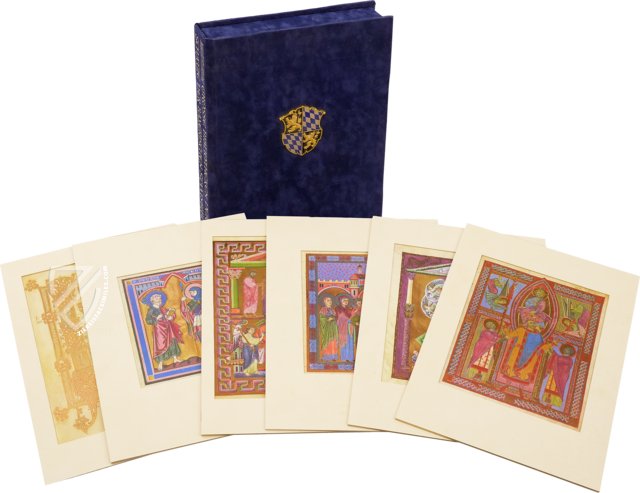 Although this episode from the Life of Mary is not included in the Gospels and comes from apocryphal sources, it was commonly included in medieval art. Joachim and Anne decide to consecrate their daughter Mary to God as thanks for her miraculous birth. They bring her to the temple in Jerusalem at the age of three, where she remains until she was twelve. This miniature shows an angel giving Mary her halo before a glimmering gold background and flanked by columns carved with human figures. 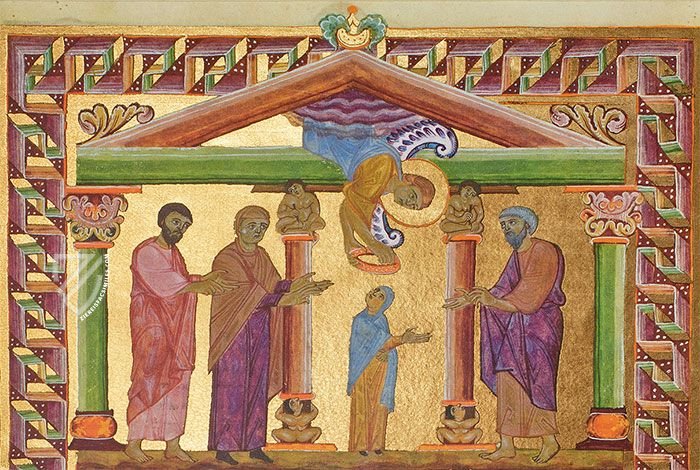 Chronicle of the Princes of Cleves

Depicted masterfully in the style of late–15th century Flanders, the story of the Swan Knight is a medieval tale that appeared in various incarnations beginning in the 12th century. The legend typically concerns a noble lady whose lord-father has died, but a mysterious knight arrives in a swan-drawn boat to defend her. His only condition is that he never be asked his name, thus “Swan Knight”.

From the excellent use of perspective with regard to the architecture, to the expressiveness of the figures, to the delicate coloring, this is a masterpiece. The depiction of the ripples and reflections in the water is the most impressive artistic feat. Its frame is similarly impressive: golden tendrils filled with flowers, songbirds, and an owl. 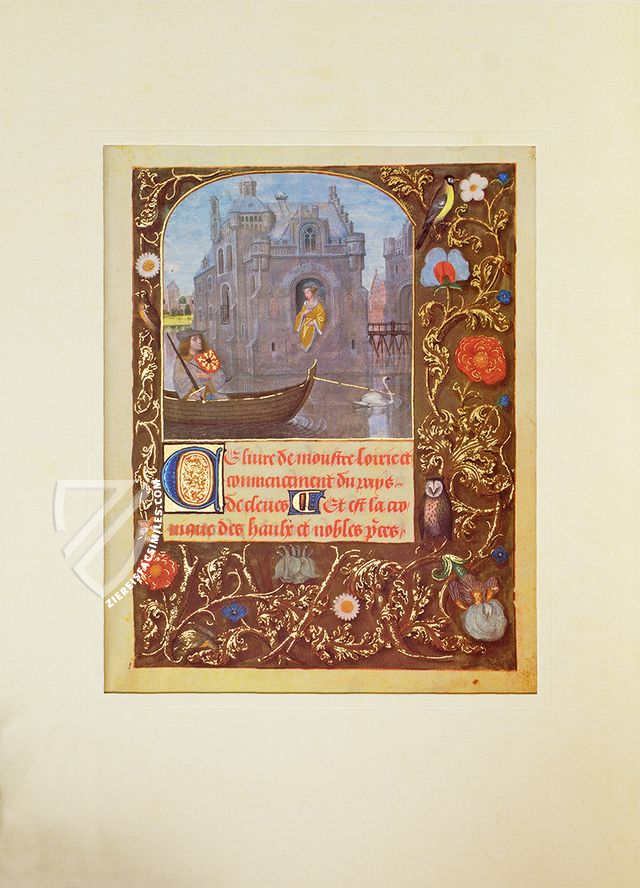 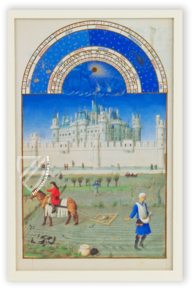 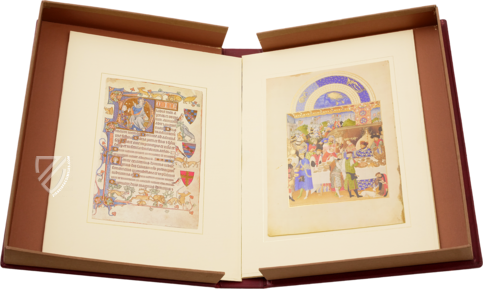