Probably the most direct access one can get to the art of one of the greatest geniuses of the Italian Renaissance: the Libro di pittura by Leonardo da Vinci. Here, Leonardo da Vinci laid the foundations of his artistic creation open, describing the theories and considerations that lay behind his masterpieces. Francesco Melzi, Leonardo’s student and heir, recorded the text according to Leonardo’s instructions and in doing so made a spectacular treatise on painting.

For Leonardo da Vinci (1452–1519), painting was the highest of all arts. He himself can probably be identified as one of the greatest masters in this field, as the creator of such famous works of art such as the Louvre’s Mona Lisa, the Uffizi’s Annunciation, or the Last Supper in the Santa Maria delle Grazie in Milan. These fascinating masterpieces are clearly marked by Leonardo’s extensive engagement with art theory and profound deliberations on the painting process. Also, the essence of these studies, which Leonardo pursued throughout his life, is brought together in the famous Libro di pittura, his Treatise on Painting.

One of the greatest treasures of art history is stored in the Biblioteca Apostolica Vaticana under the shelf mark Urb. Lat. 1270: the original of the famous Libro di pittura by Leonardo da Vinci. This significant treatise on painting by the great universal genius of the Italian Renaissance consists of numerous texts, which Leonardo composed in the years 1480–1516. The Libro di pittura was collected according to Leonardo’s instructions by Francesco Melzi, a student of Leonardo’s, who acquired Leonardo’s written and graphic inheritance after the death of the master.

A Masterful Guide to Painting

The 658 pages of the treatise are divided into eight chapters. They contain a wealth of texts concerning art-theoretical considerations and instructions, e.g. on color theory, on the composition of a painting, and above all – an especially important theme for Leonardo – on the outstanding position of painting in the context of the visual arts. Rounding out the comprehensive discourse on the art of painting are numerous drawings, which were made according to the originals – most of which are lost today.

The Libro di pittura was first published in the year 1651: a French edition in Paris accompanied by wonderful illustrations by Poussin. The work was subsequently printed in numerous publications, shaped generations of painters, and is also known by the title Trattato della pittura, was nevertheless originally conceived as the Libro di pittura. As such, Leonardo’s Treatise on Painting is considered to be the most important work of art theory in all of art history! 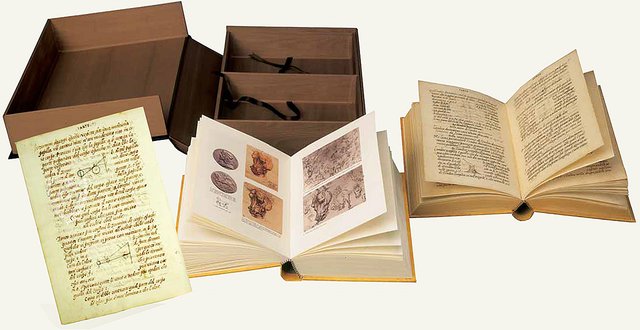