The Codex Atlanticus is a true gem for research into Leonardo da Vinci’s entire body of work: the greatest coherent collection of Leonardo’s sketches and writings. The famous Italian sculptor Pompeo Leoni collected the numerous manuscripts and compiled them into twelve volumes in the late 16th century. All aspects of Leonardo’s creativity are assembled here: mechanics and mathematics, astronomy and physics, geography, botany, chemistry, and anatomy, but also the visual arts.

The ambitious goal of collecting the work of Leonardo da Vinci (1452–1519), which is spread all across the world, was realized in the great national edition of the manuscripts and sketches of Leonardo da Vinci. One of the most famous artifacts thereby was the famous Codex Atlanticus, a compendium of 12 volumes with a total of over 1,000 pages. This codex comprises a considerable part of the written legacy of the universal genius from Italy in the years 1478 – 1518. As is always true with Leonardo, this work and his written notes are directly accompanied by his graphic creativity: 1286 sketches are to be found alongside the text of the Codex Atlanticus!

An Unbelievable Wealth of Material

This treasure is stored today in Milan’s Biblioteca Ambrosiana. The bundle was in the possession of Pompeo Leoni in the 16th century. This Italian sculptor and collector assembled the codex in the 16th century and brought it with him from Italy to Madrid. This collection consisted of a considerable number of pages and fragments and comprises nearly the entirety of Leonardo’s intellectual work. The Codex Atlanticus is still the largest collection of Leonardo da Vinci’s writings and sketches today!

Manifestation of a Universal Genius

All the aspects of his creativity are assembled here: mechanics and mathematics, astronomy and physics, geography, botany, chemistry, and anatomy, but also the visual arts. Alongside inventions of equipment and machines, technological innovations, designs for weapons and fortifications, hydraulic devices, driving and flying machines, one finds a wealth of anatomical drawings – Leonardo’s famous proportions-study of the Vitruvian Man, inter alia. Additionally, the codex offers an inside view of Leonardo’s artistic creativity, with studies of the paintings of the Adoration of the Magi, Leda and the Swan, and the famous Battle of Anghiari. Documents related to architecture and city planning for the rejuvenation of Milan, calculations and deliberations, philosophies and subjective opinions wonderfully round out the compendium. 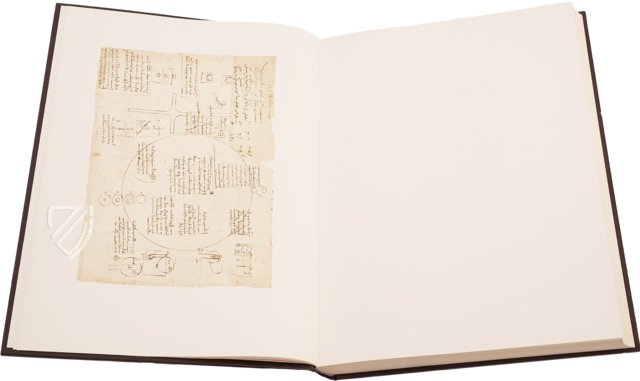 Leonardo lived in a time of nearly constant warfare in Italy and often applied his genius to designing weapons of war and fortifications. One of his most famous inventions that was never actually made is a giant crossbow, which dwarfs the human depicted operating it in this famous sketch originating between 1483 and the early 1490s. It was supposedly submitted to Ludovico Sforza, the warlike Duke of Milan, and although intended to primarily be a weapon of terror due to its size, it was also designed to do real damage by launching rocks and bombs at the enemy. 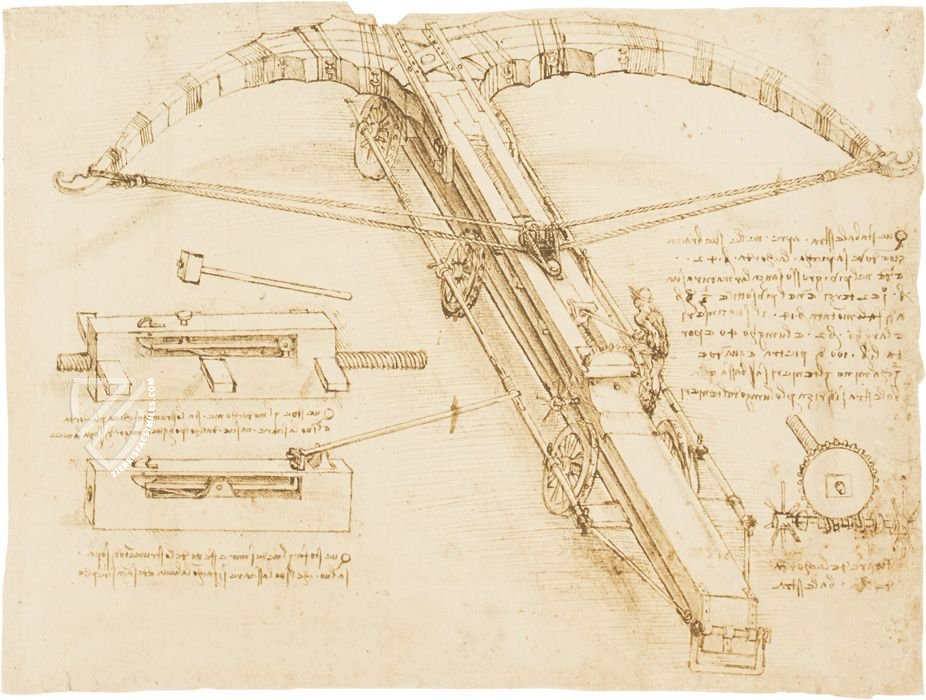 One of the earliest hydraulic machines was designed to pump water upward from a low-lying source. Historically, it has primarily been used for the purpose of irrigation and has various applications today including generating hydroelectric power. Traditionally attributed to the Greek polymath Archimedes who described it ca. 234 BC, the invention likely originated Ancient Egypt and the devices were supposedly used to irrigate the Hanging Gardens of Babylon.

The most prominent image on this page depicts a pair of Archimedean Screws lifting water into an irrigation canal and although they are depicted with hand cranks, the waterwheel may have been designed to power them, making it a self-perpetuating machine that did not require human labor. The device to the right is purportedly a machine designed to pump well water from inside of a building. 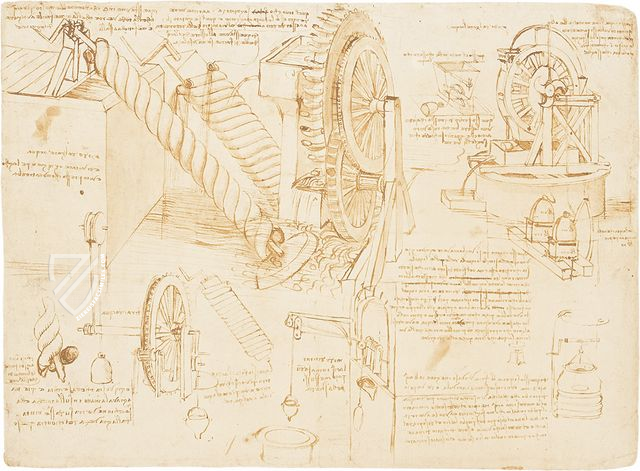 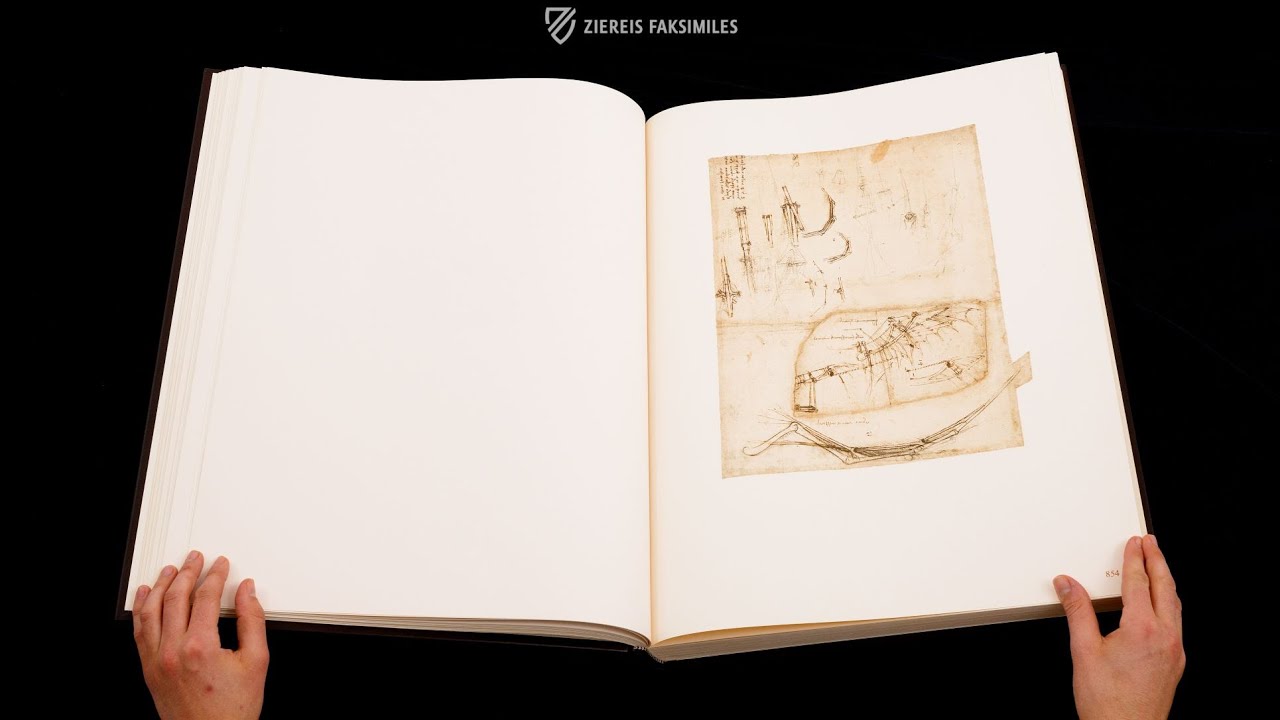