The Vatican Book of Hours from the Circle of Jean Bourdichon was created in France in the second half of the 15th century and is one of the most beautiful private prayer books in French book illumination. The gem was created by the gifted master illuminator and court painter Jean Bourdichon and his pupils for an unknown patron. It is endowed with an exuberant splendour of book decoration of technical perfection, including 17 beautiful full-page miniatures, fantastical borders and over 1,200 ornate decorated initials, which, although still rooted in the late Gothic style, already point to the emerging French Renaissance. This high-quality refinement makes the Book of Hours, which is now kept in the Vatican Library, one of the artist's most outstanding works alongside Bourdichon's Office of the Virgin.

Books of hours are private prayer and meditation books, which were widely distributed starting in the 13th century. The golden age for books of hours occurred in the late 14th and 15th centuries in France and Flanders. Arising then was one of the most beautiful handwritten codices in the world. Even today, the illuminated manuscripts of the talented French and Belgian masters are able to amaze their beholders. The Vatican Book of Hours by Jean Bourdichon is one of these special masterpieces. It is adorned with 17 full-page miniatures and over 1,200 decorated initials.

The Vatican Book of Hours was designed by the French illuminator Jean Bourdichon. Bourdichon produced some of the most important manuscripts of the early French Renaissance, for example, the outstanding Vatican Office of the Virgin. He worked as a painter at the courts of three French kings, including Charles VII. As one of the most influential painters of the early Renaissance, he oversaw the Tours School. The illumination of Bourdichon impresses through its unbelievable technical perfection.

At the beginning of the book of hours there is a calendar with original representations of the 12 signs of the zodiac. Four images of the evangelists and 13 additional full-page miniatures are impressive examples of the highly-developed fine painting of Bourdichon. The work arose in the second half of the 15th century and the images adhere to the Gothic style. The Vatican Book of Hours gives proof of the talent and artistry of Bourdichon in an exquisite manner. 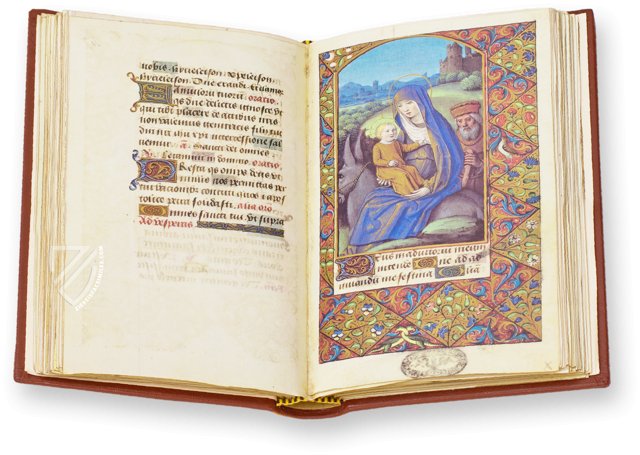 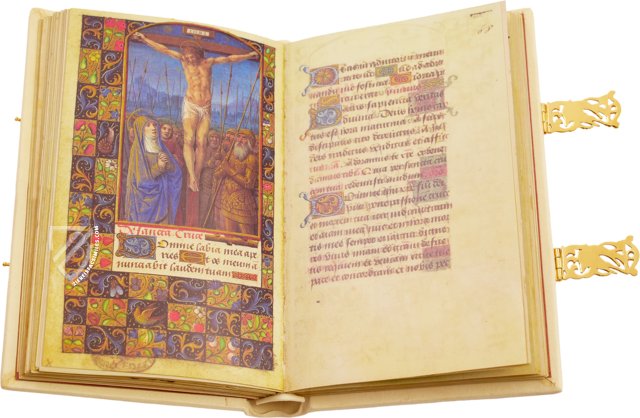 Portrait of Mark the Evangelist

Saint Mark is depicted writing his Gospel with a stylus in his right hand and a small pen knife in his left. A lion is shown in front of him with its front paws up on the table in the way one’s pet dog might eagerly indicate that it would like to go for a walk. Both figures are accented with gold, and Mark has a floral patterned collar made from cloth of gold. This atmospheric Evangelist portrait is a fine example of the refinement of the French Gothic style on the eve of the Renaissance. 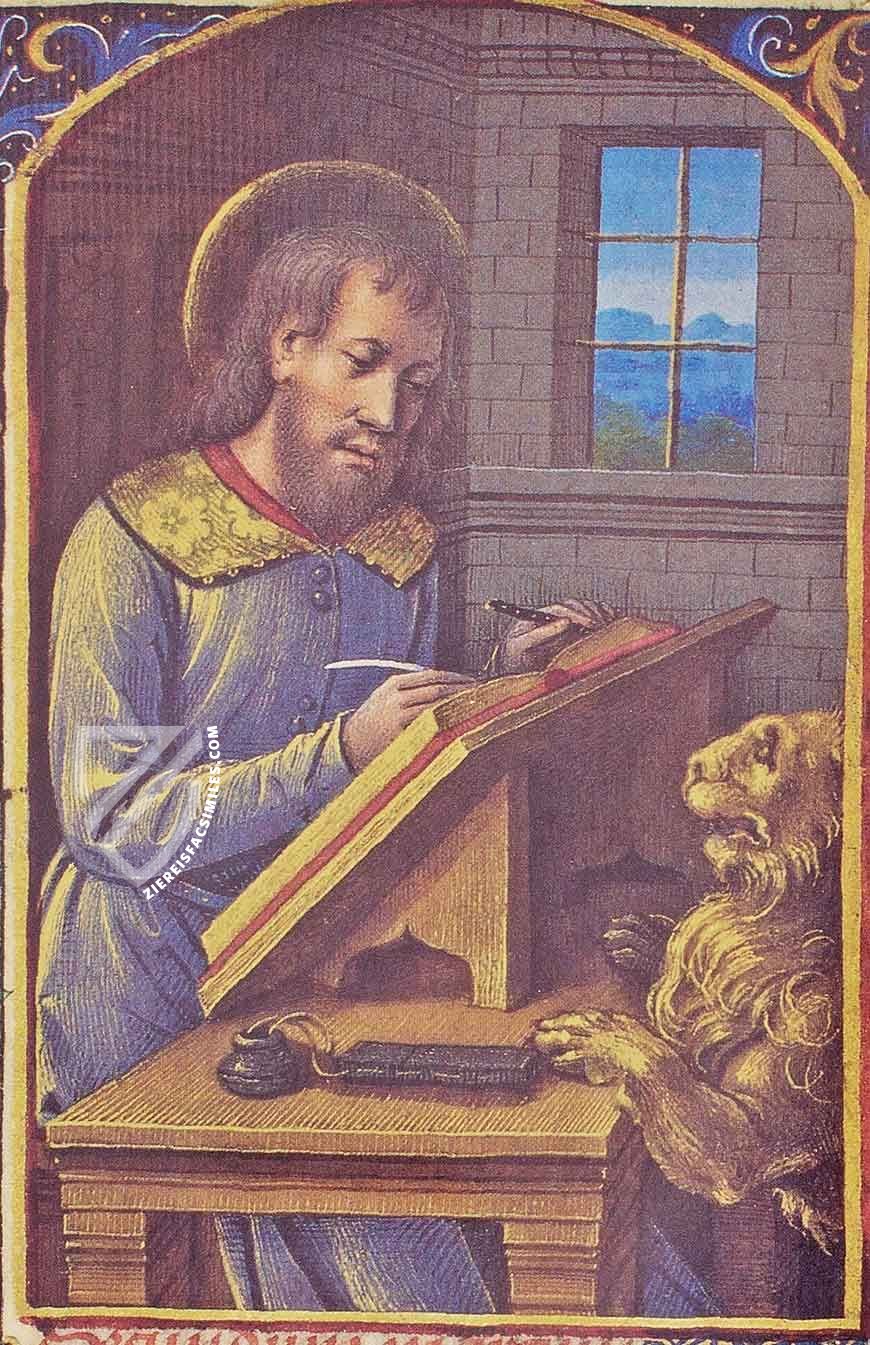 Most depictions of King David show him killing Goliath, composing Psalms, playing a harp, or spying on Bathsheba. This unusual depiction shows a middle-aged David in prayer, presumably before battle because he is armed and armored with a host encamped over his left shoulder. It stands in the medieval tradition of presenting the biblical David as an example of chivalry and good rule.

The miniature is a masterpiece of the French Gothic style with a rich floral frame inhabited by birds and insects that takes up half the page. It already exhibits influences from Renaissance Italy, especially with regard to the naturalism with which David himself is depicted as he gazes upward, hands folded in prayer, as rays of gold reach down to him from heaven. 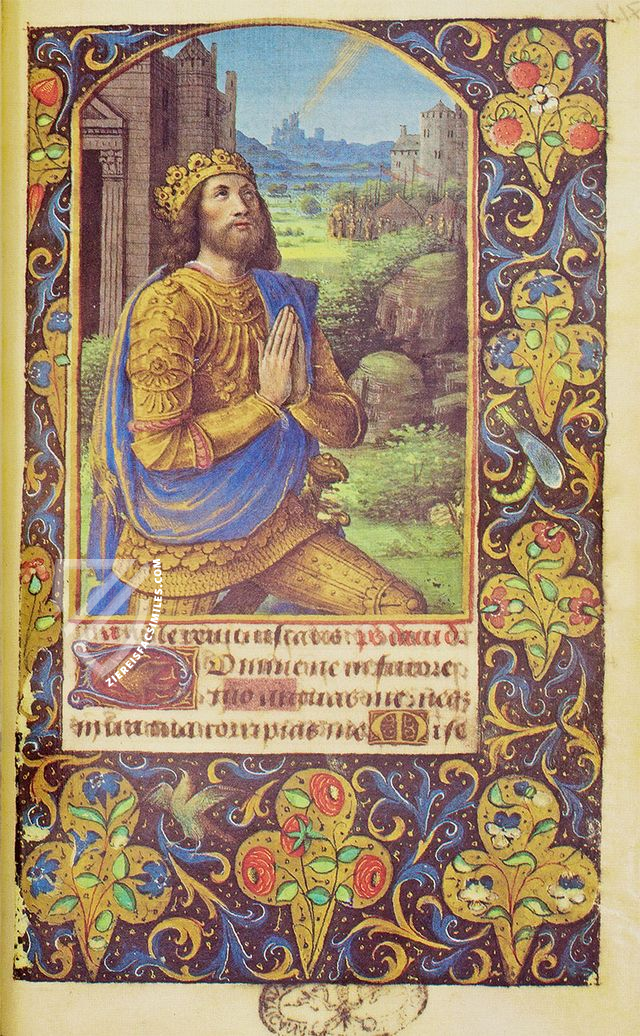 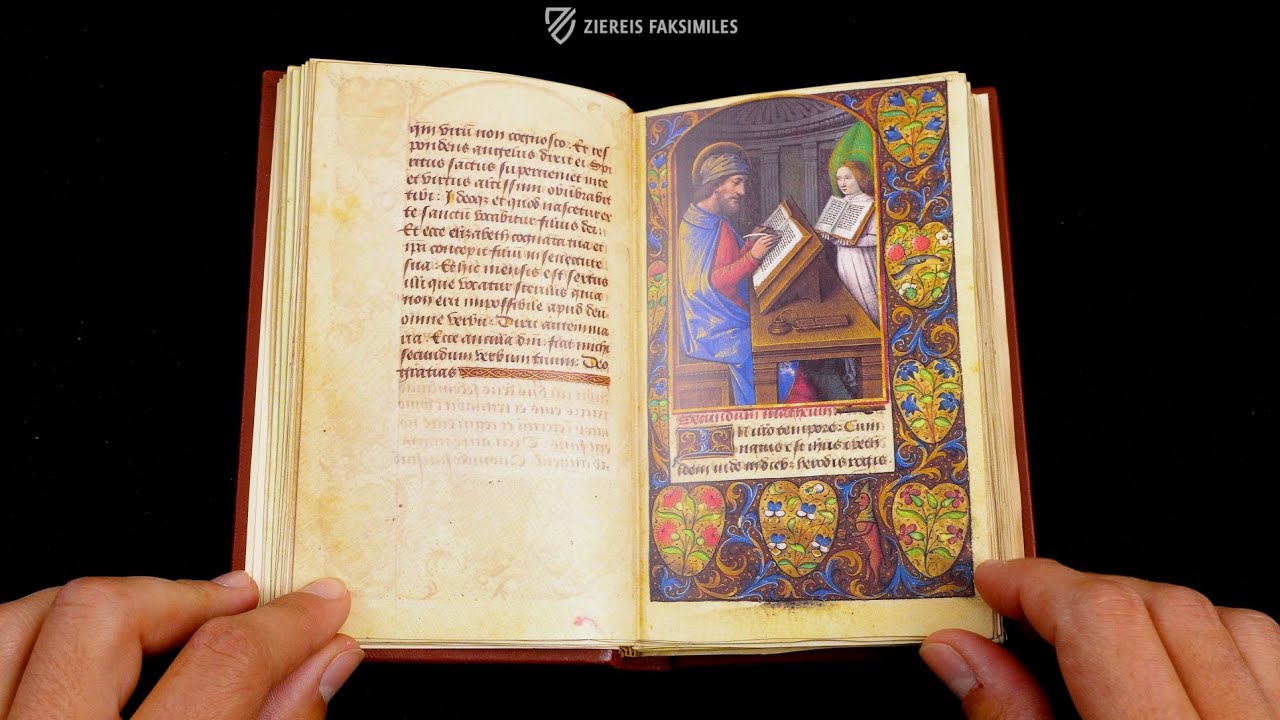 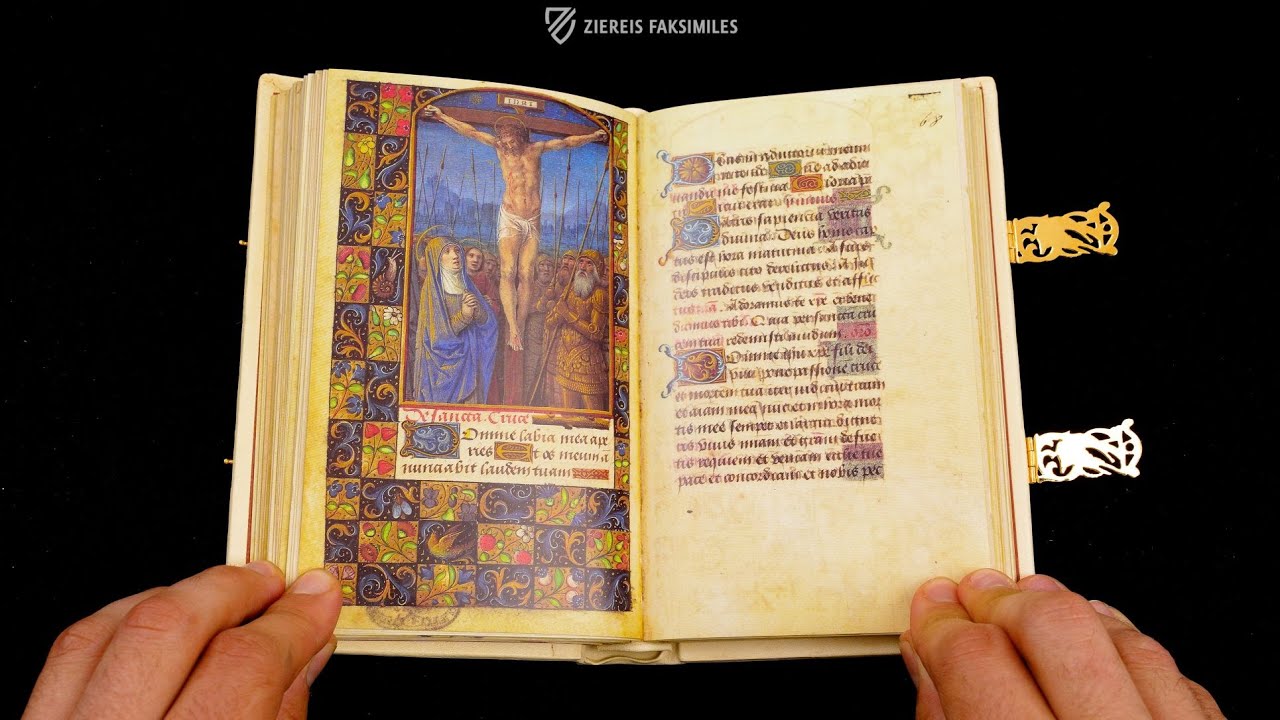 Hours of Charles of Angoulême
France – Around 1485

Mythology and religion in masterful miniatures of boundless imagination: the greatest and most personal work of the French court painter Robinet Testard for the influential Count of Angoulême 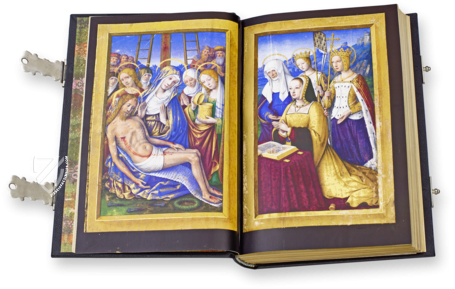 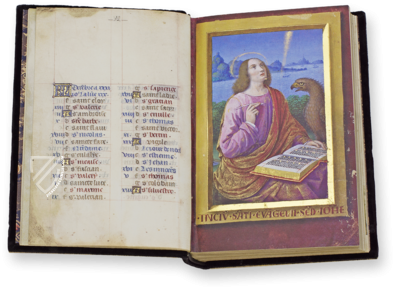 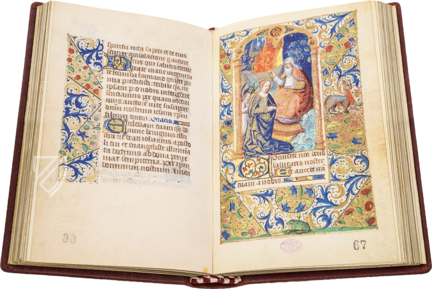 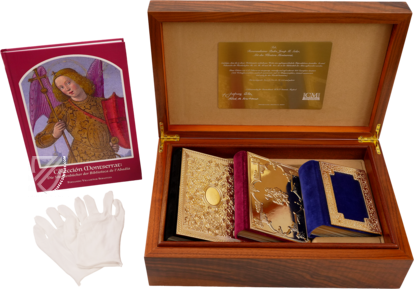