The Barberini Exultet Roll was created in 1058 at the commission of the Abbot Desiderius in Southern Italy. The rare scroll is considered to be among the most beautiful illuminated manuscripts of the Romanesque period. The work contains the text and melody of the exultet, a ceremonial doxology for the Easter Mass. Golden decorative initials and colored illustrations with gold inlay adorn the manuscript.

The exultet is the ceremonial doxology sung in the Christian liturgy during the celebration of the Easter Vigil, during which Christ is lauded as the Light of the World and his resurrection is placed in association with the plan of salvation laid out in the Old Testament. Some of the extremely rare scrolls, which contain the text and the melody of the exultet, arose between the 10th and 13th centuries. An especially valuable example thereof is the Barberini Exultet Roll. The work arose from the commission of Abbot Desiderius (1058–1087), under whose chairmanship the monastery of Montecassino became a leading cultural center of Italy. Ten attractive miniatures illustrate the doxology. The script was embellished with 23 golden decorative initials.

The exultet rolls originate from Southern Italy, most of which were written and illustrated at the monastery of Montecassino. The format of a scroll was intentionally chosen, although codices had become the predominant form for holding manuscripts since the 4th century. The exultet was to be read from the so-called Ambon, a special feature of Italian church architecture. The Ambon was a raised position for the speaker, which was replaced by the pulpit in later church construction. The priests could read the exultet from their position and lower it down from the Abon so that the visitors to the mass could see the beautifully decorated scroll.

A Masterwork of its Time

The Barberini Exultet Roll contains one of the most beautiful miniatures of the Romanesque period. The fresh and unadulterated depictions show influences from Byzantine and Ottonian book illumination. Vivid colors and the application of the finest gold lend expressive power to the pictures. The scenes, which were to be sung in the ceremonial Easter Mass, were illustrated in impressive simplicity. One of the most important feasts of the Christian church was appropriately appreciated with this valuable document.

According to a legend by Virgil, bees were born of virgin birth. They were later adopted by Christians as a symbol of the Virgin Mary and were respected for their natural industriousness. Bees were cultivated by monks for honey and candle wax, which was important for the exhibition of the Exultet to the faithful. This page depicts the entire beekeeping process and here we see bees gathering honey from flowers while beekeepers harvest honeycomb with a knife and a smoker to calm the bees. 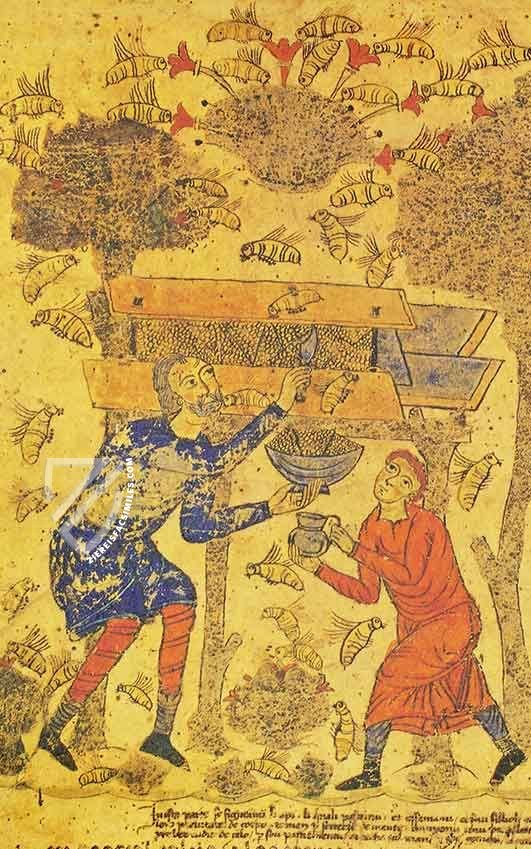 Public Reading of a Scroll

Manuscripts often have so-called “presentation miniatures” in which the manuscript itself is depicted, usually being presented by the artist or scribe to the patron, but sometimes by the patron to a saint, the Virgin Mary, or even Jesus Christ himself. This miniature shows the scroll as it was intended to be used: before a mass.

Tonsured monks have assembled and a censer full of incense is being swung with the officiating priest in the middle of the scene. He is standing at an elaborately patterned and colored Ambon, a raised pulpit unique to Italian churches allowing the scroll to be viewed as it is read and unfurled. Reddish orange, yellow, and dark blue color the scene in typical Romanesque style. 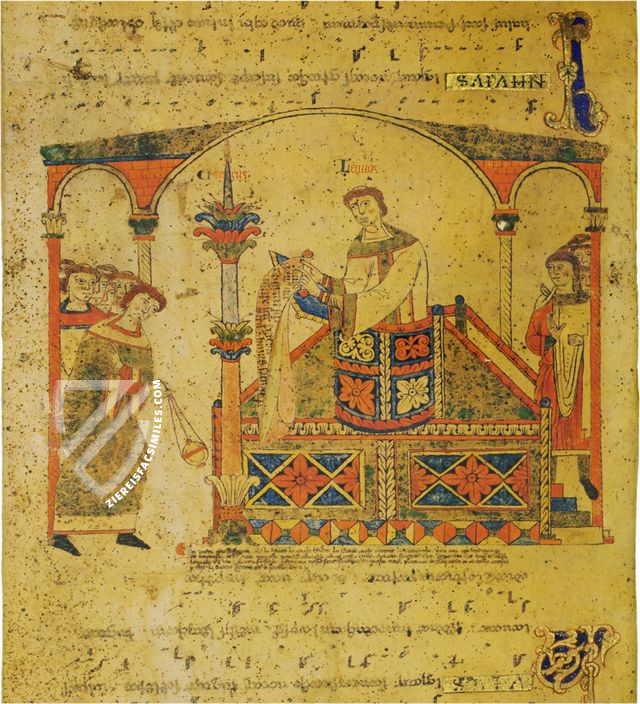 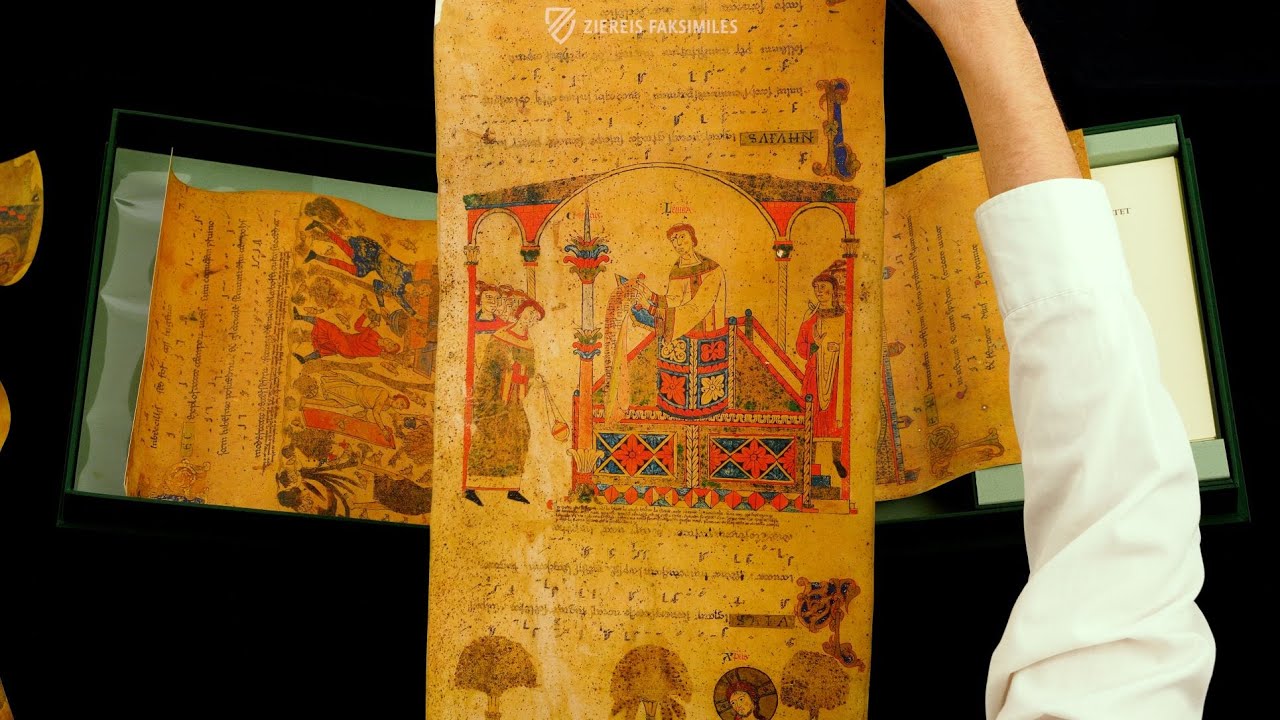 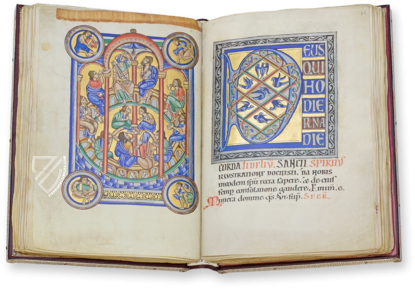