The Civitates Orbis Terrarum is famous for the hundreds of gorgeous cityscapes from around the world contained in its six volumes, which are particularly precious because they present the medieval cities of Europe before the destruction of the Thirty Years’ War. Cologne theologian, geographer, and printer Georg Braun and Flemish engraver Frans Hogenberg collaborated in creating the ambitious project, which has only gained popularity over the centuries.
The masterfully designed and charmingly colored engravings not only depict buildings and their surrounding landscapes, but coats of arms, genre scenes from the everyday life of farmers and fishermen, local customs and costumes, boats, wagons, and more. Instructive and amusing texts written by Braun accompany the images and describe each town’s geographical location, historical development, and economic conditions. It was designed as a way of introducing the world to educated humanists. The volume printed in 1590 is presented here.

This collection of cityscapes across the entire world including Europe, Asian, Africa, and even the New World is considered to be the oldest work of its kind. This enormous six-volume work, also known under the title (in German) Beschreibung und Contrafactur der vornembster Stät der Welt, was edited and created over a period of nearly fifty years between 1572 and 1618. It not only stimulates the mind, but also offers the eye endless enjoyment through the lovely design and artist shaping of the maps. The edition from 1590 contains 79 colored cityscapes on 59 double-folio plates that include Rome, Ostia, Jerusalem, Bergen, Soest, and Stockholm.
The masterful etchings resembling standalone panel paintings were artfully colored along with the staffage and genre scenes that accompany them. The historical importance of this work is also crucial because it provides a systematic mapping of the structures of many medieval cities that were, shortly after the publication of this book, destroyed or severely damaged during the Thirty Years’ War (1618–48) and subsequently renovated in the Baroque style. 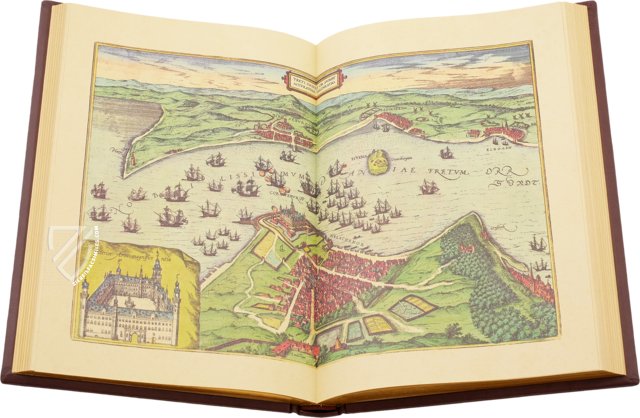 Located on the north bank of the Tiber, just to the east of the Vatican in an area now referred to as Parco Adriano, the Castel Sant'Angelo was once the tallest building in Rome. Originally constructed as a mausoleum for the Emperor Hadrian between AD 134 and 139, the structure was converted into a papal fortress at the beginning of the 14th century and was later used as a prison and place of execution. It is flanked by two of Hadrian’s other building projects, the Hippodromus Haderiani and the Aelian Bridge, which connects the Castel Sant’Angelo to the center of Rome. 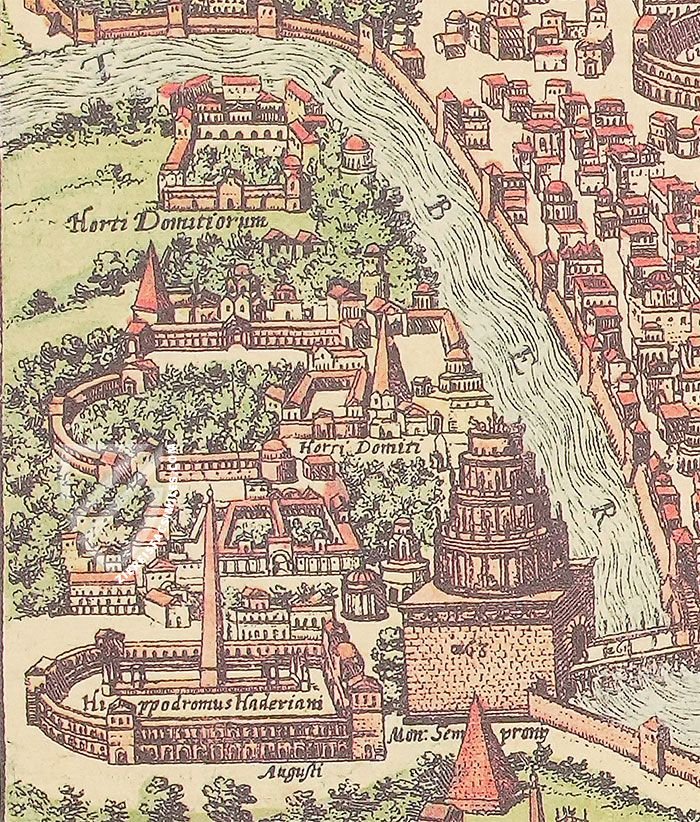 Reminiscent of an image from Google Earth, the holy city of Jerusalem is depicted in great detail with a bright color palette not as it was in the 16th century but how it appeared during Christ’s lifetime when it was prosperous. The various locations of the Stations of the Cross and other stories of martyrdom are also depicted and the inscription at the top says that these places are reverently preserved by Christians and still venerated today.

This double-page engraving of the city was already a rarity at the end of the 16th century and the original plate has not survived to the present. It has been theorized that Braun and Hogenberg had the original in their possession because it was already used by them for the 1574 edition. Gerhard de Jode later republished the engraving in two sheets, which according to records existed as early as 1587. 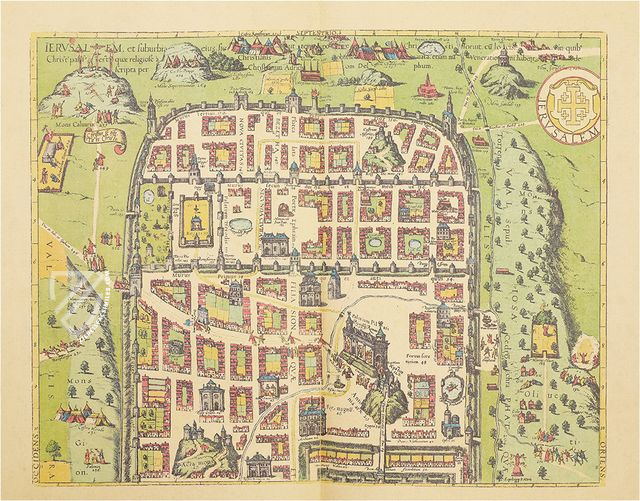 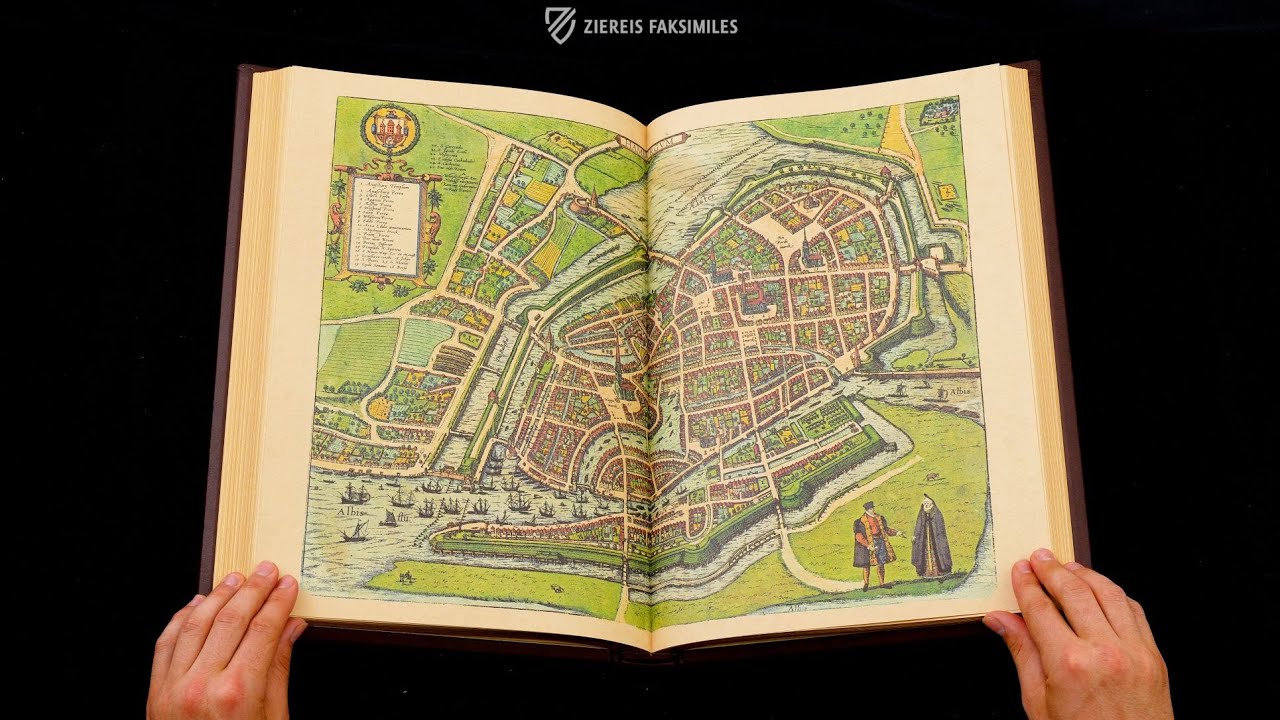